By Saniya Bulatkulova in Society on 10 April 2022

NUR-SULTAN  – A famous British journalist and writer Nick Fielding presented his “Travellers in the Great Steppe: From the Papal Envoys to the Russian Revolution” book translated into Kazakh and Russian by the Almaty Region akimat (city administration) in the Nur-Sultan-based National Academic Library on April 5. 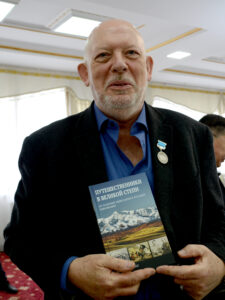 Nick Fielding with his book translated into Russian during the book presentation. Photo credit: Vladimir Bakhurevich

In his book, Fielding collected and edited several stories, notes, and pictures made by western travelers, who visited Kazakhstan at different times. English merchants and explorers Anthony Jenkinson and Jonas Hanway who tried to capture the Silk Road trade and English artist Thomas Atkinson are among those travelers chronicled. 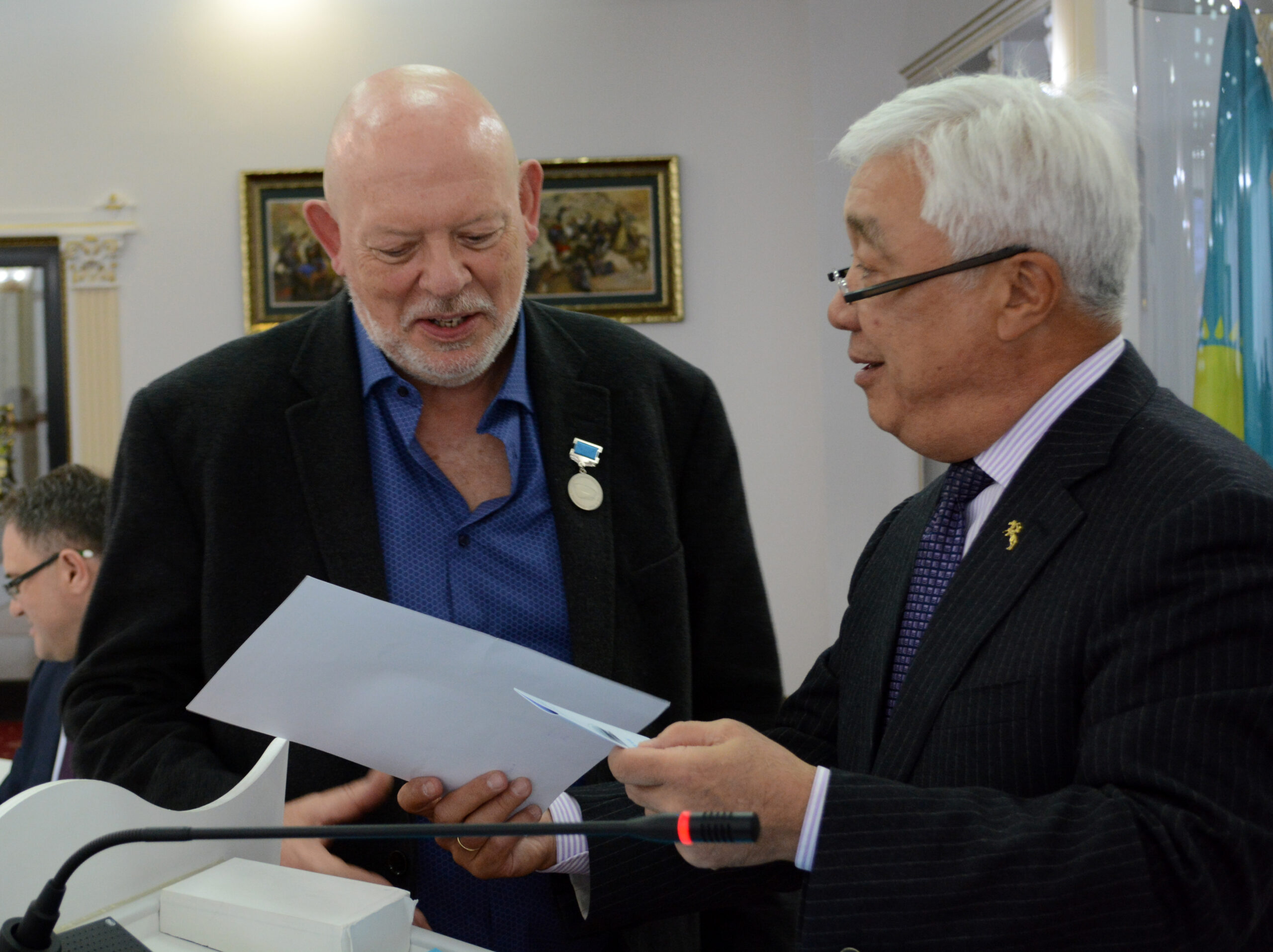 Kazakhstan’s Ambassador to UK Erlan Idrisov awarded Fielding with medal and certificate for taking second place at Independence of Kazakhstan and Elbasy international contest that was held in 2021. Photo credit: Vladimir Bakhurevich

In an interview with The Astana Times, Fielding said he had been gathering materials for the book for the past five years.

“There is a place for Kazakhstan in my heart. I feel warm and accepted here. This is a great country with brilliant territory and a very exciting story. Nobody knew the story, nobody knows the story. I felt an obligation to present the story to everyone,” noted Fielding.

Fielding added that he dreams to publish a book about the national parks of Kazakhstan some day.