By Saniya Bulatkulova in Tourism on 31 March 2022

NUR-SULTAN – Turkey, Egypt, and the United Arab Emirates remain the most popular travel destinations among people in Kazakhstan, said President of the Kazakh Association of Tour Operators Inna Rey in her interview with Zakon.kz news agency. 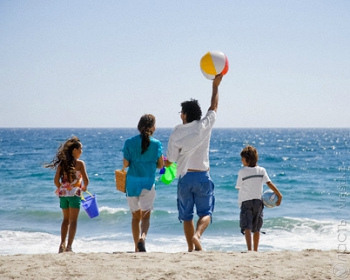 Another popular destination is Thailand, but, according to Rey, “local tour operators will be able to offer more tour packages to the country only if Thailand’s government eases its entry requirements.”

She also said that local tour operators hope Greece and Italy will also be in high demand among tourists soon.

“We are curious about Europe’s position because we would like flights to European countries to be resumed anyway. As we are deeply interested in opening the borders of Greece, we expect restrictions to be eased,” she said.

“I am not so sure, but Poland might also open its borders for tourists. We recently heard that the United Kingdom accepts everyone after it removed all COVID-19-related restrictions on international travel. We hope that other countries will follow the example. The entry requirements to Croatia have also been simplified, but conditions change every day, so it is too early to discuss anything now,” she added.

“Approximately 200,000 people left Kazakhstan last year because they could not travel anywhere for almost a year and a half, thus demand for travel has increased,” she added.