Madeleine Albright was a great diplomat, a great person and a great woman. 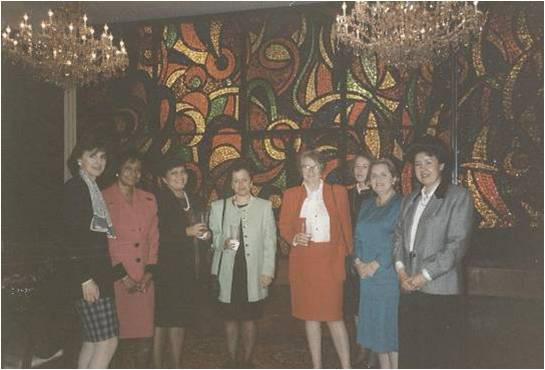 I met Madeleine for the first time, in 1993, during my tenure as Kazakhstan’s first Ambassador to the UN, while she arrived as the new Permanent Representative of the United States. Right away I told her, “We are six women among all the male ambassadors here, and you’ll be the seventh. We are excited that your great country nominated you for this position, and we are looking forward for a fruitful cooperation.” She swiftly responded, “Please tell our women colleagues, that I will soon invite you all to my first official lunch at the UN.”

Soon enough, she hosted a friendly lunch in honor of women ambassadors to the UN, covered by media and reported by the New York Times. One of the male ambassadors later told us he considered reporting on this “Women’s Party” back to his country but thought better of it… fearing he would be replaced by a woman!

This tradition of “Women Ambassador Parties” was carried on and evolved into an initiative that was nicknamed the “G7”, the group of Seven Ambassador-Girls to the UN, (a hat-tip to the G7 of world’s largest industrial democracies). This G7, with Madeleine Albright, became one of the driving forces in strengthening women rights and opportunities in the UN and internationally. She was personally dedicated to this cause and generously supported many of us in all UN-related endeavors.

Madeleine Albright, was truly committed to the idea of ​​actively involving women in decision-making, both internationally and nationally. Thanks to her activities, we had the opportunity to get acquainted with famous women and promote our goals. On one occasion, she told me that the presidents of Azerbaijan, Armenia, Georgia and Moldova, had complained on her visits there, that their ambassadors couldn’t reach her. “So, I advised them to do like Kazakhstan,” she said, “appoint a woman as ambassador and you won’t have any problems.”

Madeleine came to our reception in honor of the national holiday of Kazakhstan. Her arrival caused extraordinary surprise and excitement. When I told her about the positive reactions, she answered: “I came because we, girls, should stick together and support each other.”

In swearing in Madeleine Albright as the US Secretary of State, then President Bill Clinton said that she “represents the best of America.” During the farewell party I arranged in her honor at the UN, I added to President Clinton’s words, that she also represented a great woman-politician. Later, during her visits to New York at the session of the UN General Assembly, Madeleine continued this tradition of “Women’s Party” diplomacy, to honor women foreign ministers and ambassadors to the UN.

Meanwhile, our famous “G7” group gained more authority in the UN. We encouraged women to be elected to important bodies with the organization, worked for the success of the International Conference on the Status of Women in Beijing in September 1995, and promoted many more activities.

Madeleine and I continued to stay in touch. When I served my country in Paris, she even informed me that she was finally flying to Kazakhstan, full of expectation. For me, Madeleine was a very strong diplomat, defending the interests of her country, but at the same time, extremely friendly and accessible. We shall cherish her memory as a great woman and leader, who promoted women’s advancement and involvement in the national and world stage.

The author is Professor of Historical Science, Kazakhstan’s first Permanent Representative to the UN and former Foreign Minister of the Kazakh SSR and the Republic of Kazakhstan (1989-1991)