President Tokayev Congratulates People on Nauryz During His Visit to Almaty

By Zhanna Shayakhmetova in Nation on 22 March 2022

NUR-SULTAN – President Kassym-Jomart Tokayev took part in a festive event dedicated to the spring equinox holiday of Nauryz at the Astana Square in Almaty on March 21, reported Akorda’s Press. 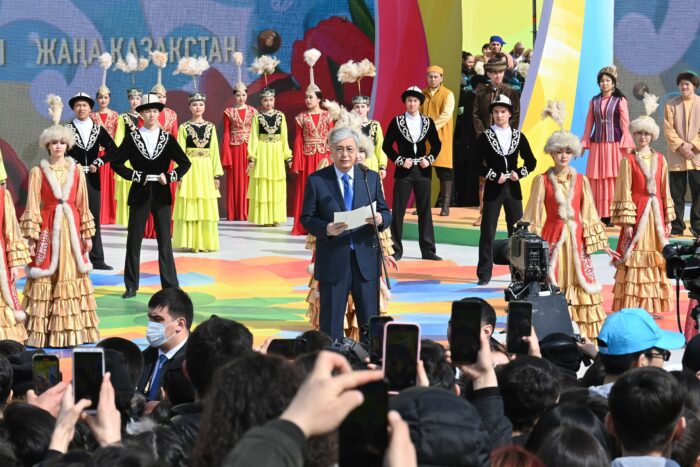 “The sacred Nauryz is a holiday of prosperity, unity, charity and mutual respect. I came here to celebrate this great holiday together with you. Almaty is the cradle of our Independence. It was Almaty that started the revival of the Nauryz celebrations. This city is the spiritual, cultural and business center of Kazakhstan. Representatives of the intelligentsia and the fields of arts, education, science, and business communities are concentrated in Almaty,” he said.

Tokayev recalled that Almaty residents showed “a true patriotism” during the Tragic January events, as well as unity and solidarity. He noted that the reconstruction of the city damaged by the attacks is underway. 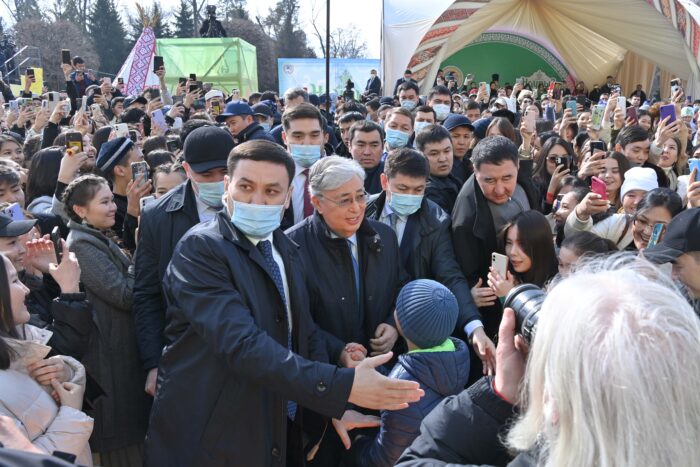 The authorities will also invest in improving the quality of life of its residents, he said.

Tokayev spoke about the importance of the reforms announced during his recent state-to-the-nation address. The Nauryz holiday marks the beginning of new transformations and that Kazakhstan remains a strong and united country, he said.

One of the residents also caught on camera a moment when President Tokayev decided to greet the people and the security personnel moved the people back to make way for him to walk through the crowd to the stage. Tokayev protected a girl from the security guards after she rushed towards him to welcome in-person and quickly responded to a disrespectful behavior of his securities.

Nauryz, a holiday marking the coming of spring and the beginning of a new year, has been celebrated March 21-23 nationwide with outdoor concerts, sports competitions and exhibitions.