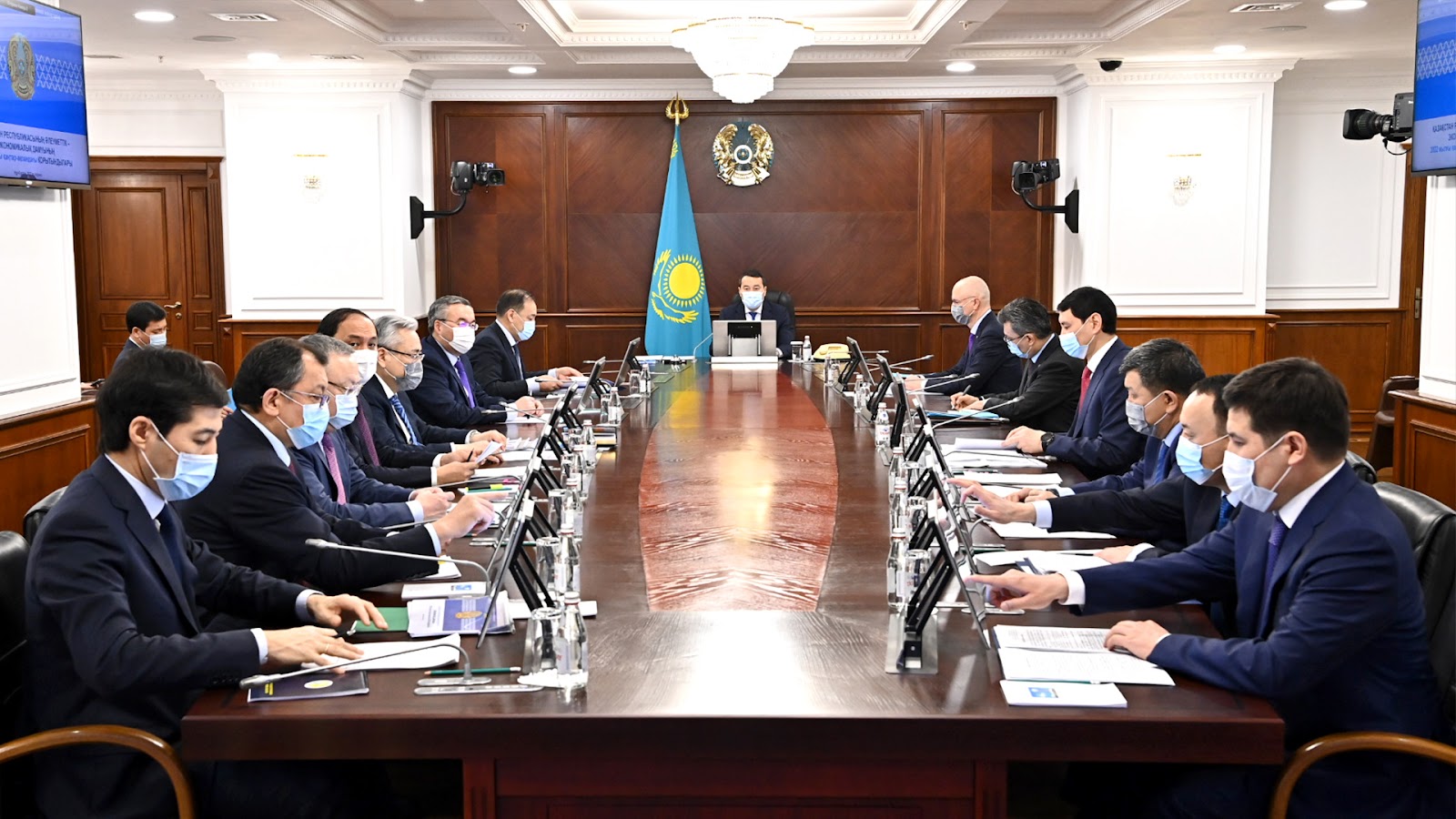 The government meeting during their meeting. Photo credit: primeminister.kz.

Industrial production observed a 4.7 percent growth, including a 3.9 percent growth in manufacturing. Among other industries that saw a notable increase are a pharmaceutical industry (17 percent), clothing manufacturing (12.8 percent), and machine building (9.2 percent).

According to the minister, the mining industry shows strong growth of 6.4 percent due to an increase in oil production by 9.2 percent, natural gas by 8.9 percent, and metal ores by 1.2 percent.

The Akmola and Pavlodar regions and Nur-Sultan city showed progress across all major macroeconomic indicators, but the Aktobe and Mangistau regions in western Kazakhstan lagged behind all regions.

Kazakh Prime Minister Alikhan Smailov stressed that it is important to maintain and accelerate the economic growth in the coming months amid what he described as “today’s difficult conditions.”

“It is necessary to strengthen the work to increase people’s incomes, create jobs and diversify the economy,” said Smailov, noting that the government prepared an action plan for 2022.

He instructed his government and local officials to work on stabilizing the prices for socially significant goods, days after disinformation about the alleged shortage of sugar made people rush to stores to buy up the supply leading to sugar disappearing from shelves.

Given the rapidly changing situation in specific markets, Smailov also stressed that efforts to control and curb inflation would be strengthened.