By Saniya Bulatkulova in Society on 1 March 2022

NUR-SULTAN  – Kazakhstan сelebrates the Day of Gratitude on March 1, which has become the symbol of unity for the multi-ethnic country. 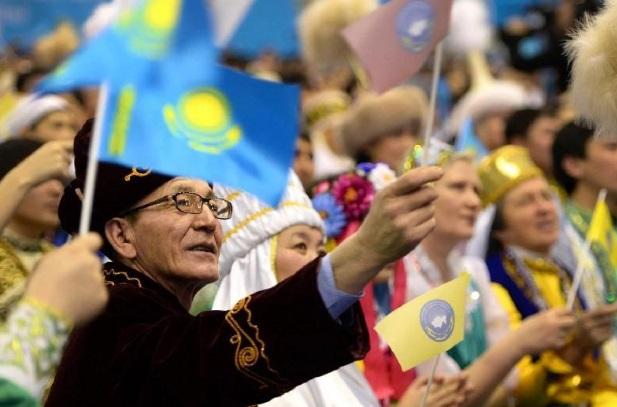 Representatives of over 130 nations and 18 confessions reside in the country. Photo credit: inform.kz

The holiday has been celebrated since 2016 to mark the establishment of the Assembly of the People of Kazakhstan, which was created on March 1, 1995.

Among 19 million people living in Kazakhstan, representatives of over 130 nations and 18 confessions reside in the country. In this regard, the holiday is aimed at instilling a sense of tolerance, respect and friendliness towards all people regardless of nationality and religious affiliation among the younger generation.

Agenda of this year’s holiday

This year, the Day of Gratitude is dedicated to doctors, police officers and teachers.

Since the pandemic started in 2020, medical workers have been working unceasingly, and their contribution to saving human lives has been invaluable. “In these challenging times, we understood how important effective health care is for all people. From the beginning of the pandemic, doctors have been at the forefront of the fight against coronavirus infection, saving lives with dedication,” said Kazakh President Kassym-Jomart Tokayev.

Police officers manned the roadblocks and resisted attacks from terrorist and criminal elements during the mass riots in early January.

Teachers also greatly contributed to providing quality education as they coped with the challenges of distance learning. Despite the technical difficulties, teachers have learned to use various digital tools for distance teaching.

Actions held across the country

Different events, including concerts, actions and flash mobs, are held annually to bring together all people in Kazakhstan and strengthen inter-ethnic harmony.

A nationwide action called “Algys aitamyn” (“I express my gratitude” from Kazakh) was held across the country on the eve of holiday. 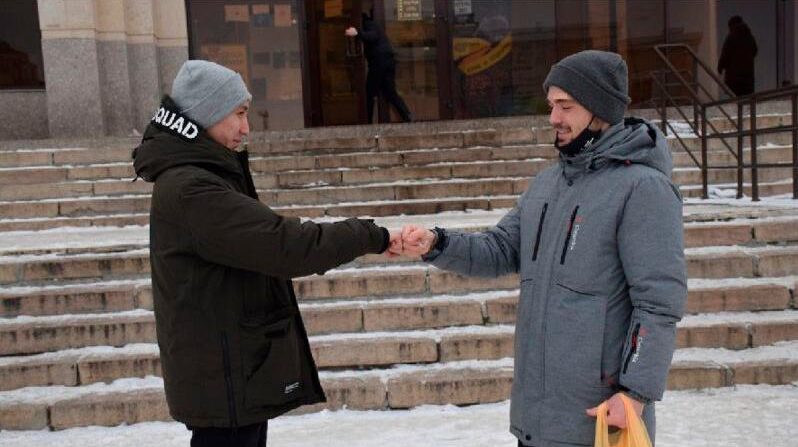 “Algys aitamyn” (“I express my gratitude” from Kazakh) action held throughout the country. Photo credit: inform.kz

As a part of the action, the organizers walked up to people and asked them to bump with their fists while holding a kurt ball (a Kazakh national dairy product) in their extended hand.

Passers-by received a kurt ball as a sign of gratitude and were asked to mention who they wanted to thank on this holiday.

According to the Assembly’s press service, its members arranged holiday meals and organized a concert for the people of the capital-based Sharapat social care center on Feb. 28. 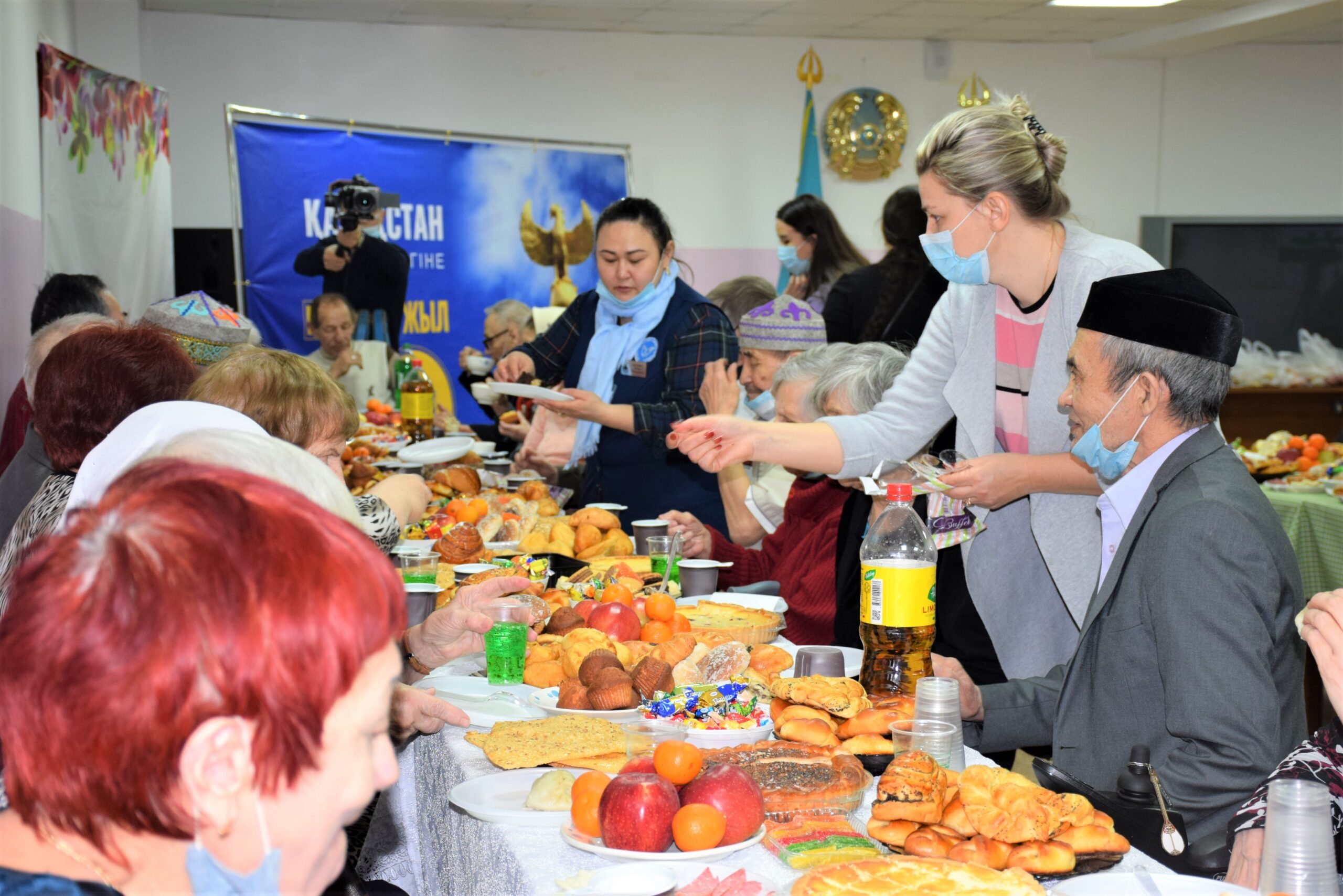 As the center’s director Askhat Almabekov explained, over 300 people including aged people, people with physical challenges and World War II veterans live in the center.

“The center operates in seven areas, and its residents are provided with the necessary medical services. We have representatives of more than 10 different nationalities including Ukrainians, Russians, Belarusians, Germans, Tatars, Ingush and Bashkirs. We call them the Small Assembly,” he added.

On the same day, other volunteers cleared the snow from older people’s yards in Nur-Sultan city. 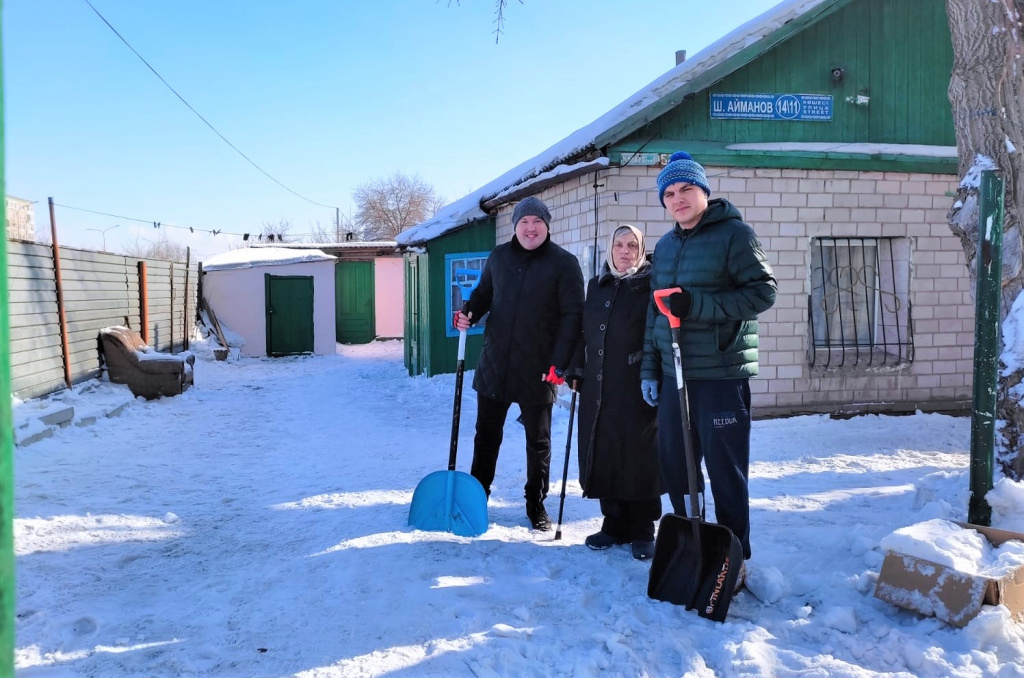 One of capital’s aged residents whose courtyard was cleared by assembly’s volunteers. Photo credit: assembly.kz

“I live alone, so older people like me are in need of assistance to clean the thick layer of snow in the courtyard. I want to thank the volunteers who helped me and the city assembly, which launches such an action every year,” said Nur-Sultan citizen Vera Fedorovna.