Kazakhstan and Slovakia Agree to Develop Trade and Economic Cooperation

NUR-SULTAN – Kazakhstan and Slovakia agreed to cooperate in the field of water management, automotive industry, waste recycling, green technology, reported the press service of the Kazakh Ministry of Foreign Affairs. This was announced during the ninth meeting of the Kazakh-Slovak intergovernmental commission on economic and scientific and technical cooperation, which was held on March 11 in Bratislava. 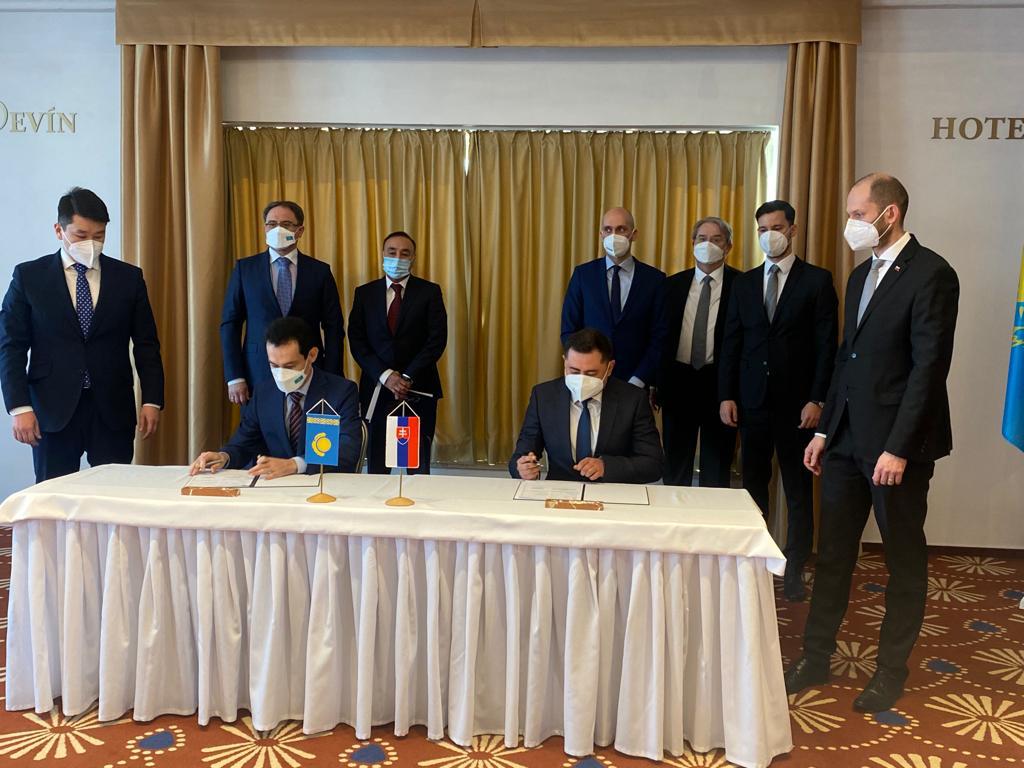 Talgat Mukhanov, the head of department of the Investment Committee and Osim Mamatkulov, who represented the Slovak company Heneken, also signed the agreement after the talks.

It is also expected to provide training for Kazakh students at Slovak universities.

Karol Galek, the second State Secretary of the Ministry of Economy of the Slovak Republic, Slovak investors, and Kazakh delegation headed by Talgat Momyshev, the Vice-Minister of Ecology, Geology and Natural Resources of Kazakhstan, attended the event.

The Kazakh officials proposed to strengthen cooperation in management and monitoring of forestry, environmental control, construction and production of building materials, and to launch the transit container traffic.

Kazakhstan’s new measures and government policy in the field of investment support, opportunities of special economic and industrial zones, as well as the country’s potential in the field of mechanical engineering and metallurgy have also been presented at the event.

The Slovak authorities noted that Kazakhstan’s open door policy for foreign investment and the government’s commitment to fulfilling all obligations to investors creates a favorable investment climate and conditions for business development.

Cooperation in all sectors of industry, including trade, energy, aviation, innovations and modern technologies were on the agenda of the event.

Talgat Mukhanov, the head of department of the Investment Committee and Osim Mamatkulov, who represented the Slovak company Heneken, also signed the memorandum of understanding  after the talks. Heneken is the largest producer of secondary aluminum and zinc alloys in Slovakia and specialises in metallurgy, logistics, machinery, building materials and energy. The group includes an aluminum smelter, a cable factory and a zinc alloys factory.