By Saniya Bulatkulova in Society on 11 March 2022

NUR-SULTAN  – Kazakh language is recognized as the most in-demand language for learning across the country, reported the Ministry of Education and Science. 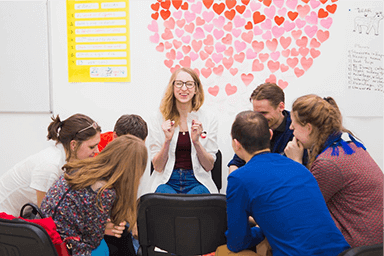 Overall, more than 130 nationslive in the country. Photo credit: edustream.kz

According to Vice Minister of Education and Science Sholpan Karinova, 35,697 people out of 52,122 people learning languages at free courses provided by the state program for 2020-2025 and through the Ruhani Zhangyru (modernization of national identity from Kazakh) national project, have taken Kazakh courses over the past year.

Overall, in the country’s 19 million population, 69 percent of the people are Kazakhs, 18 percent are Russians, and 3 percent are Uzbeks, the rest being Ukrainians, Uigurs, Tatars, Germans and others, according to data released by the Kazakh Bureau of National Statistics in 2021.