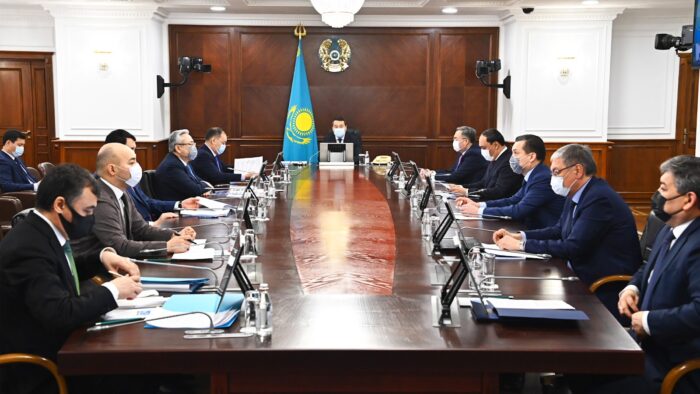 Prime Minister Alikhan Smailov also set forward the task to develop the anti-crisis plan by March 25 during a government meeting. “The head of state announced plans to implement a package of anti-crisis measures. The measures will support the economy, strengthen control over inflation, stabilize the foreign exchange market, create new jobs and contribute to entrepreneurship development,” said Smailov.

More than 30 amendments to the Constitution to implement the President’s initiatives will be introduced, and more than 20 laws adopted by the end of the year.

“The tasks are set to ensure the progressive development of our country, increase the stability and competitiveness of the economy, improve the quality of life and well-being of the people,” reminded the Prime Minister.

According to Minister of National Economy Alibek Kuantyrov, the tasks set by the President mark the beginning of a new phase of state building. “A well-balanced reform program is aimed at creating a new political culture in the country,” Kuantyrov said.

The Ministry of National Economy plans to work in three main areas including the administrative territorial structure, local government decentralization and the implementation of the anti-crisis measures.

“The introduction of three new regions will have a positive impact on the socio-economic situation in these regions and the economy as a whole,” he said.

The working groups have been created to deal with issues related to transport and logistics, infrastructure, trade and financial sustainability. They will monitor the consequences of events in Ukraine on the external economic situation and develop the scenarios of its impact on the economy. Response measures will be introduced based on this analysis.

Minister of Agriculture Yerbol Karashukeyev reported that the preparation for spring field work is underway. Affordable diesel fuel has been shipped to the regions. Some 400,000 tons of fuel have been allocated for the sowing campaign, which is 20,000 tons more than in 2021 and at a price 12-15 percent lower than the market price.