By Saniya Bulatkulova in Nation on 15 February 2022

NUR-SULTAN – By all objective criteria — level of violence, sophistication of the organization and severity of attacks, and selected targets (government institutions) — violent unrest that erupted across Kazakhstan in early January should be considered acts of terrorism, international eхperts said at a conference held on Feb. 11 in the capital.

The international conference held on Feb. 11. Photo credit: Kazakhstan Institute for Strategic Studies (KazISS) under the President of Kazakhstan

The event organized by the Kazakhstan Institute for Strategic Studies under the President of Kazakhstan was intended to provide an opportunity for exchanges on global and regional trends of terrorism and violent extremism issues.

According to Acting Adjunct Assistant Professor of the Georgetown University Security Studies Program (SSP) Jacob Zenn, the tragic events in Almaty showcased a rather unique type of terrorist incident.

“It wasn’t a conventional type of terrorist attack, like a bombing of a hotel,” Zenn noted in his interview to The Astana Times. “There was a large group of people and maybe some of them originally did not intend to engage in militant action, but they got caught up in the violence led by criminal and radical elements.” 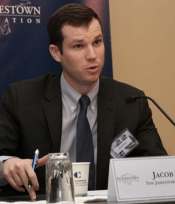 Another peculiarity of the situation was that, so far, no known terrorist group behind the events was identified. It is important to investigate a possible role of jihadist groups or Kazakh foreign fighters in inspiring or coordinating those events, said Zenn.

Both Jacob Zenn and another speaker, Aymenn Jawad Al-Tamimi, research fellow at George Washington University’s Program on Extremism, stressed the importance of resolute actions of the government in curbing violence, and preventing the spread of attacks at the early stage.

“When usually something is designated as terrorism, it allows the government to take extraordinary measures to deal with it which I think we saw in Kazakhstan,” said Zenn.

Failure to do so “allows [for the situation] to spiral into a civil war, which happened in Syria, it is something that terrorist groups exploit and take advantage of. By contrast, the Kazakh law enforcement bodies and government institutions took necessary measures quickly,” added Tamimi. 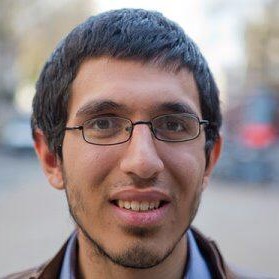 Putting January events in an international context, Zenn noted that the domestic security situation in Central Asia is surprisingly stable.

“The level of terrorism in Central Asia is not nearly what we see in other regions of the world and in the United States. People suspected that one day because of the Taliban and ISIS it would spread into Сentral Asia, but, in general, terrorism has not taken foothold in this region to nearly the extent as in other regions or to the extent that people have suspected. So I think it’s worthy to research how the state, religious institutions, civil society and security agencies responded to these challenges,” Zenn remarked.

Both experts noted there is a broad field for collaboration between international and Kazakh researchers in identifying causes of security problems in Central Asian countries and coming up with solutions.