NUR-SULTAN – The European Union member states are interested in strengthening comprehensive cooperation with Kazakhstan and consistently supporting a course of political and socio-economic modernization as part of the country’s New Kazakhstan policy, reports the Ministry of Foreign Affairs. 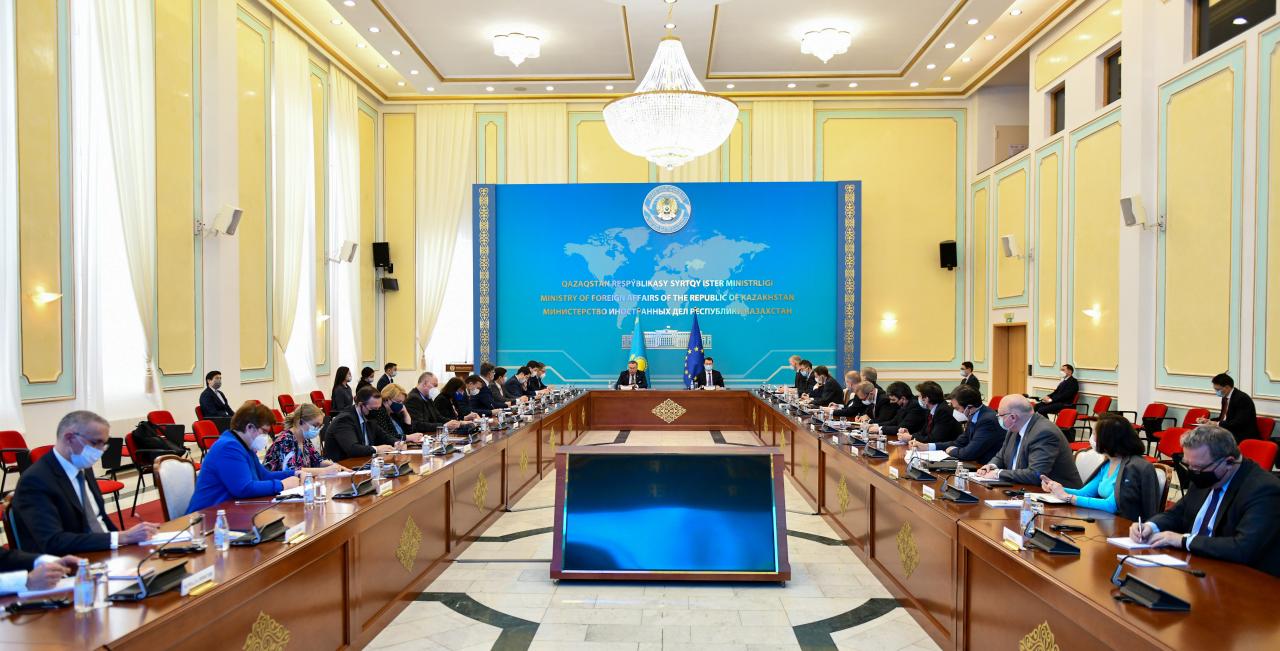 During the meeting at the ministry. Photo credit: Kazakh Foreign Ministry

This was reaffirmed during the meeting at the ministry on Monday that gathered the European envoys to explore ways to intensify investment, trade, economic, political, cultural, and humanitarian cooperation, discuss the current situation in Kazakhstan following the tragic events of January, and outline priorities for bilateral and multilateral cooperation.

Addressing the meeting, Deputy Prime Minister and Minister of Foreign Affairs Mukhtar Tileuberdi briefed the European envoys about the key tenets in building a New Kazakhstan and confirmed the country’s commitment to further democratic transformations.

New Kazakhstan involves an effort to implement reforms aimed at improving the social and economic situation and gearing political modernization after mass riots swept across the country at the beginning of January causing mass unrest, looting and hundreds of deaths among civilians. 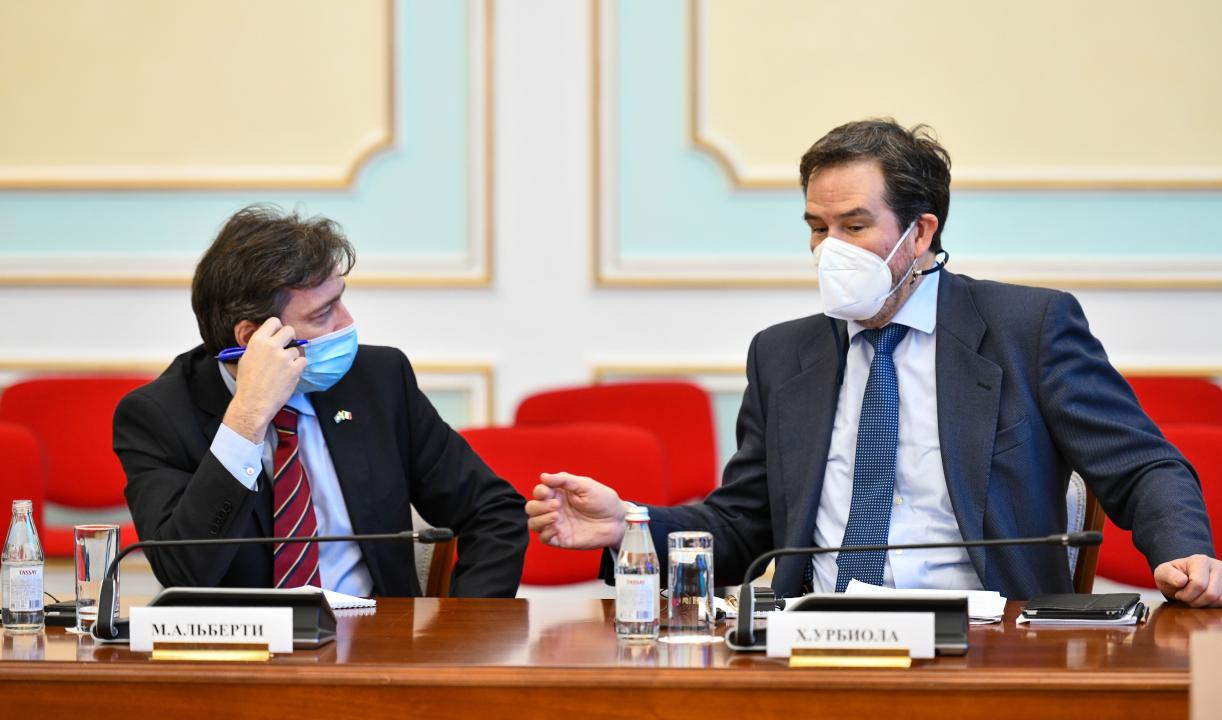 “We have built strong relations with the European Union based on trust, mutual respect and common priorities. These relations are supported by a reliable partnership in ensuring global and regional security, dynamic trade cooperation, as well as strong political ties,” said the minister.

First Vice-Minister of National Economy Timur Zhaksylykov spoke about the country’s economic development in 2021, and the tasks set by President Kassym-Jomart Tokayev. Stimulating inclusive economic growth, ensuring macroeconomic stability and development of entrepreneurship are among the priorities to be included in the governmental action program for 2022, he added.

Kazakhstan is an important partner for the EU, said Head of the EU Delegation to Kazakhstan Ambassador Kestutis Jankauskas, noting that they “remain committed to the dialogue in the framework of the Enhanced Partnership and Cooperation Agreements (EPCA) and will continue to support Kazakhstan in the ongoing reform process, including political reforms and democratization.”

According to the ambassador, the European partners also understand the complexity of the recent events and stress the importance of an objective investigation.

Speaking at the meeting, French ambassador Didier Canesse, whose country chairs the European Council for the first half of 2022, said that France is aimed at strengthening cooperation with Kazakhstan, a key partner in Central Asia. Among the regional priorities of the French presidency that Canesse mentioned were the full implementation of the provisions of the EU-Kazakhstan EPCA, including the agenda for further democratic reforms in Kazakhstan, the post-COVID economic recovery and investment climate, building a green economy, and ensuring sustainable connectivity in Central Asia and with Europe.

Overall, the European diplomats expressed their support for socio-economic and political reforms in the country, and noted the important role of effective interaction between the government and civil society, using such platforms as the National  Council of Public Trust and the Human Dimension Dialogue Platform, a consultative body under the Ministry of Foreign Affairs.