NUR-SULTAN – Nearly 8.9 million people in Kazakhstan have been fully immunized against the coronavirus infection as of Feb. 16, and 9.3 million have received at least one dose, according to the Ministry of Health data. 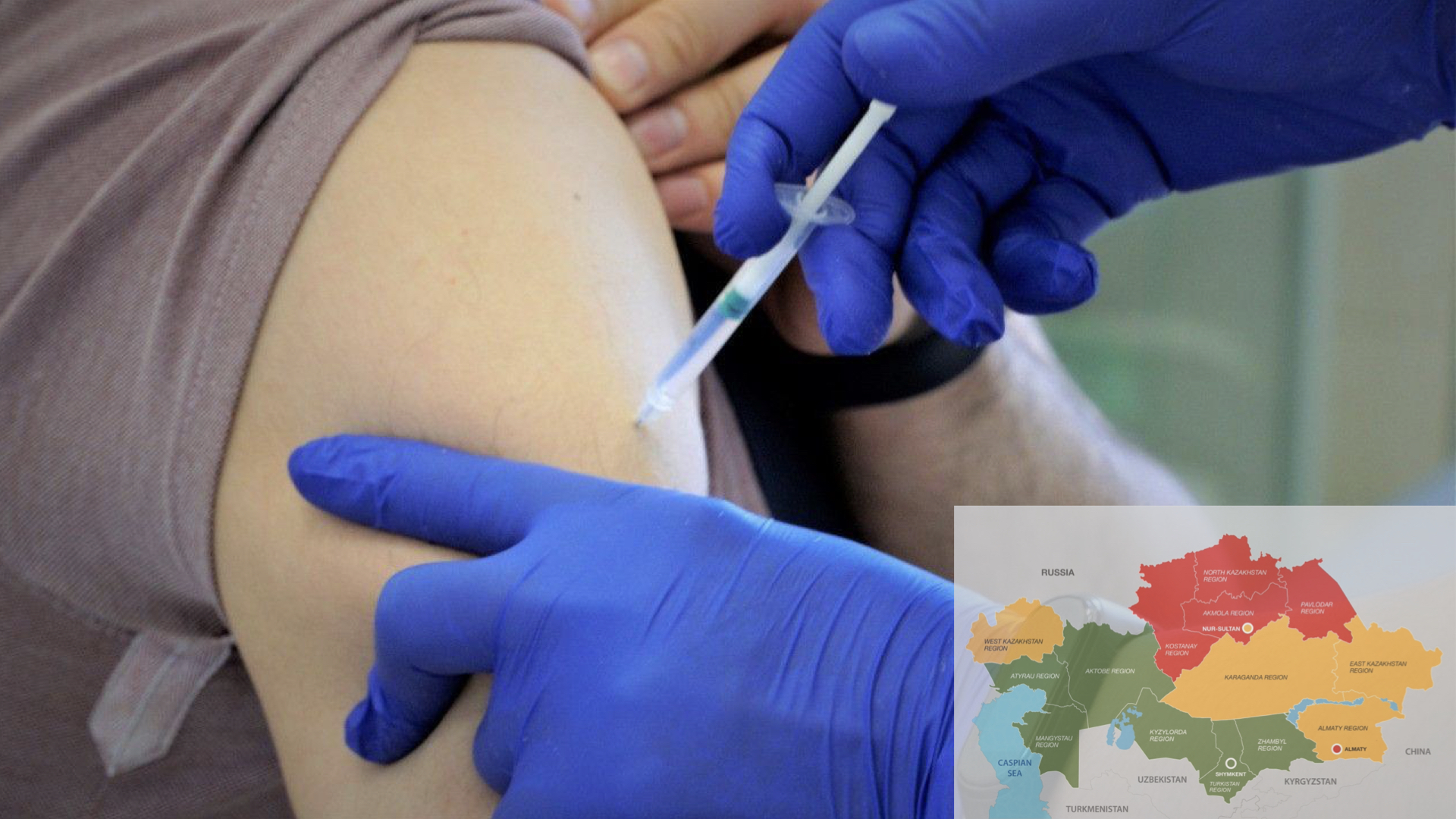 Along with vaccination, revaccination continues in Kazakhstan. Click to see the map in full size.

The Turkistan Region and the city of Almaty lead in terms of the number of fully vaccinated, where the number exceeds one million.

Kazakhstan’s western regions – the Atyrau, Mangistau, and West Kazakhstan regions – however, lag significantly behind other regions with only 200,000 to 250,000 fully vaccinated in these regions.

Since February of last year, Kazakhstan delivered over 27 million doses of vaccines, including Russian Sputnik V, locally produced QazVac, Chinese  Sinopharm and Sinovac, Pfizer, and Sputnik Light vaccine. Pfizer is administered only to teenagers, pregnant and breastfeeding women, and also used to revaccinate citizens most vulnerable to the virus – medical workers and people over 60 years of age.

Infection risks continue to remain high in Eastern Europe and Central Asia with the arrival of the Omicron variant, said Dr Hans Kluge, World Health Organization (WHO) Regional Director for Europe, in his statement on Tuesday.

To date, there have been more than 165 million COVID-19 cases across the entire WHO European Region, which also includes Kazakhstan. All hopes lie in vaccination to defeat the deadly virus.

“Vaccination remains our best defense against severe disease and death for all current COVID-19 virus variants in circulation. However, too many people at greater risk remain unprotected: less than 40 percent of those aged over 60 in Bosnia and Herzegovina, Bulgaria, Kyrgyzstan, Ukraine, and Uzbekistan have completed their COVID-19 vaccine series,” he said.

Given the continued circulation of Delta coupled with Omicron, he called on the governments not to lift measures aimed at reducing the spread of COVID-19.

“These include avoiding closed, confined or crowded locations, wearing masks when with other people indoors, improving ventilation where possible, using rapid tests to identify cases early, and making sure that health systems are well prepared to provide evidence-based treatments that we now know can reduce severe disease and death,” said Kluge.

Globally, over the past week, the number of new COVID-19 cases decreased by 19 percent,  while the number of new deaths remained similar to that of the previous week, according to the WHO weekly epidemiological update. Over 415 million confirmed cases and over 5.8 million deaths have been reported globally.