NUR-SULTAN – The regional commission on compensation to small and medium-sized enterprises affected by the tragic events of January has paid out 370 million tenge (US$854,000) to 221 business owners, reported the press service of the Almaty akimat (city administration).

January’s tragic events followed by mass looting in Almaty have caused more that 87 billion tenge (US$201 million) damage to both large and small businesses and disrupted the normal course of business in the city, according to Sanzhar Adilov, head of the investigative department of the Ministry of Internal Affairs.

On Feb. 2, Almaty Akim (Mayor) Yerbolat Dossayev met with entrepreneurs whose businesses suffered during riots. At the meeting, Dossayev discussed the issue of compensation delays and ways to accelerate the payments. It was also decided to increase the maximum amount of compensation up to five million tenge (US$11,575), which will considerably expand the reach of affected businesses. 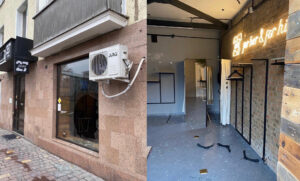 One of the business owners, who suffered from the looting is Bekbol Duisenbekov, whose showroom, located on one of the main streets of the city, was burglarized by marauders. His retail store sells their own clothing line designed and produced in Kazakhstan.

In an interview for this story, Duisenbekov recalled that on the night of Jan. 5 to 6, the alarm at the showroom went off. Marauders shattered the window and took out the clothes, small equipment, and merchandise. He said that “marauders were, most likely, in a hurry, because they did not go further into the storage room, where a larger stock of clothes and more expensive computer equipment were located.” 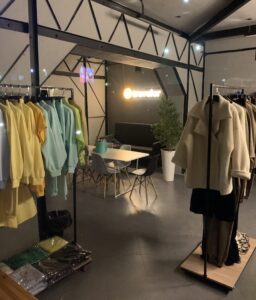 Duisenbekov, who has run his business for just over a year now, is one of the small-business owners in Almaty who are now trying to have part of the damage costs covered through a government reimbursement program.

“We fall under the category of damages up to three million tenge (US$6,900). We submitted all the necessary documents and photos, and now we are waiting for the final approval,” he said.

Duisenbekov has since reopened the showroom and fixed the damage to his store at his own expense.

As of Jan. 31, more than 2,000 applications for compensation have been submitted from Almaty and Shymkent cities, Almaty, Zhambyl, East Kazakhstan, Aktobe and West Kazakhstan regions through the electronic platform InfoKazakhstan.kz, reported the prime minister’s press service.

Apart from businesses, recovery efforts have begun for many administrative buildings that have been damaged and burned.

According to Azirbayev, the preliminary cost of reconstruction of ten administrative objects is 28.6 billion tenge (US$66 million). Repair and restoration of damaged buildings is underway and the completion date is planned for May 1.

This year, the city will additionally connect 3,000 cameras in places for mass gatherings and another 200 Sergek complexes (intelligent video control system) in remote areas of the city, reported Polisia.kz. “It’s not that we are going to set up a total monitoring or surveillance of our citizens’ actions. It is about their safety,” said President Kassym-Jomart Tokayev explaining the reason behind increasing video monitoring of the city during a meeting on combating corruption on Feb.1.

To commemorate the people and police officers who died during the mass riots a pantheon will be built in Almaty. An open competition to develop a sketch of the future pantheon has been announced and applications will be accepted until Feb. 10.

People are also gradually recovering from the shock from the violent riots. To accelerate the healing the ARTiShOK theater returns with performances for audiences who want to live out their post-traumatic state together in a series of meetings called “Aftershock.”

“Aftershock” is a series of meetings with the audience, during which the theater tries to make sense of recent Almaty events. The project itself is a therapeutic action, and we – our theater – need it now. We try to find an emotional foothold,” says the theater website describing the project. The performances will run until Feb. 25.

As the situation in the city stabilizes, Almaty’s operational headquarters for combating terrorism has decided to lower the high (orange) level of the terrorism threat starting Feb. 7.