NUR-SULTAN – Patriarch of Kazakh literature, world famous author, translator and public figure Abdizhamil Nurpeisov passed away on Feb. 5 in Almaty at the age of 97. 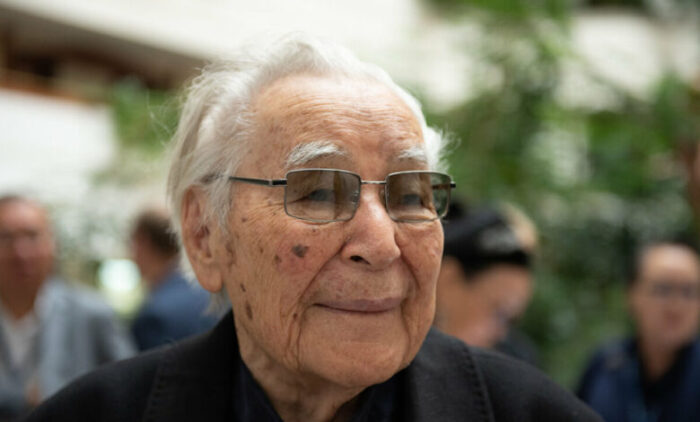 President Kassym-Jomart Tokayev in his condolence message to the family noted his unique role in shaping the modern Kazakh identity and in promoting the Kazakh culture worldwide.

“The works of Abdizhamil Karimovich, which marked a new milestone in the history of Kazakh literature, contributed to its popularization abroad. Having devoted his whole life to creativity, he played a huge role in the spiritual and cultural life of the Kazakh people,” said the President.

Indeed, many critics familiar with Nurpeisov’s works consider his trilogy “Blood and Sweat” to be one of the greatest epic novels of the 20th century, comparing him to  such Literature Nobel Prize winners as Mikhail Sholokhov and William Faulkner.

Nurpeisov was born in 1924 in a small village on the north of the Aral Sea. His childhood spent among the fishermen of this unique salt lake (inland sea) inspired him for the rest of his life.

During World War II, he fought as a lieutenant in the Soviet Army, devoting himself entirely to literature upon demobilization from the army in 1946. His first novel “Kurland,” dedicated to his wartime experience, was published in 1950.

Bigeldy Gabdullin, the president of the International Kazakh PEN Club founded by Nurpeisov when Kazakhstan became independent said that “Abdizhamil Nurpeisov was perhaps the only writer who, with his artistic word, retold the entire history of the Kazakhs in the twentieth century. Start with the “Blood and Sweat” trilogy, then go on reading his short novel “Kurland” and complete your journey through the work of this unique writer with the “Final Respect” dilogy – and the life of our people of a whole century will appear before your eyes in its entirety. Century in which the change of eras took place, tragic upheavals. In a word, what Abe did for Kazakh literature can be called a real feat.”

His “Blood and Sweat” trilogy that he wrote between 1958 and 1970, embraces the period between World War I and the end of the Civil War in the former Russian Empire to become the Soviet Union. Around 10 million copies of the novel had been published, it was screened and staged as a theater play, winning Nurpeisov the prestigious Soviet State Prize for literature in 1974.

“Final Respect” published in 2000, relates to more recent times. The action there develops against the backdrop of the tragedy of the Aral Sea. The once abundant lake was shrinking in large part because of undue economic exploitation leading to ecological disaster, ruining the traditional way of life and causing human tragedies in the lands that Nurpeisov considered his home.

The works of Nurpeisov who wrote in Kazakh, were translated into Russian, English, German, Spanish, Swedish, Chinese, Arab languages making him probably the most internationally acclaimed modern Kazakh author.