NUR-SULTAN – Chairman of the Board of Samruk Kazyna Almassadam Satkaliyev and Minister of National Economy Alibek Kuantyrov proposed several reforms, including the privatization of the assets of the fund, transparency of procurement procedure, and administrative changes during the meeting with Prime Minister Alikhan Smailov on Jan. 22, reported the Prime Minister’s Office. 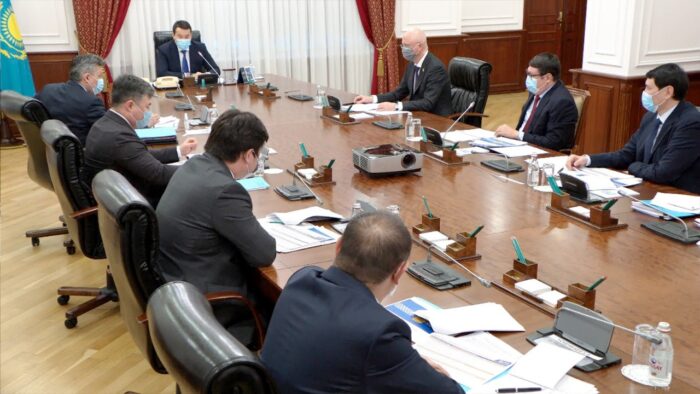 Later, on his Facebook, Satkaliyev shared key reforms that were being discussed with the government. According to Satkaliyev, one of the major structural changes in Samruk Kazyna will be “the possibility of direct participation of Kazakh citizens in owning the assets of the fund, as an element of a fair distribution of national wealth.”

The new reforms will impact many industries, including oil and gas, coal, railway transport, electricity, and telecommunications.

Earlier this month at the plenary session of the Majilis (a lower house of Parliament) on Jan. 11. President Kassym-Jomart Tokayev announced the need for a profound transformation of the Samruk Kazyna company.

The President said that Kazakhstan’s economic development directly depended on the effective functioning of the Samruk Kazyna, whose assets account for about 60 percent of the country’s gross domestic product.

The Samruk Kazyna is one the biggest stakeholders of oil and gas, energy, national railroad, and postal office companies.

Tokayev said that the privatization of assets of the fund and consequent reduction of the state presence in the economy might be the way of restructuring the economy and directing resources to the benefit of the people.

Additionally, the fund intends to fundamentally revise the procurement system and strengthen the mechanisms of support for domestic producers and small and medium-sized enterprises.

As part of the administrative reform, Samruk Kazyna announced on Jan. 24 a twofold reduction in the number of employees, from 248 to 124 people, and a reduction in management positions from 10 to five. They also reduced the number of structural subdivisions by 33 percent and decided to close the foreign offices of the fund.

Satkaliyev said that he is determined to conduct a meaningful and open dialogue with “everyone, who is willing to share constructive suggestions” based on principles of “openness and accountability, the elimination of barriers to business, social responsibility and the fight against corruption.” He encouraged people to contribute to the dialogue and reassured them that all proposals for the reform will be open to the public.