By Zhanna Shayakhmetova in Business on 21 January 2022 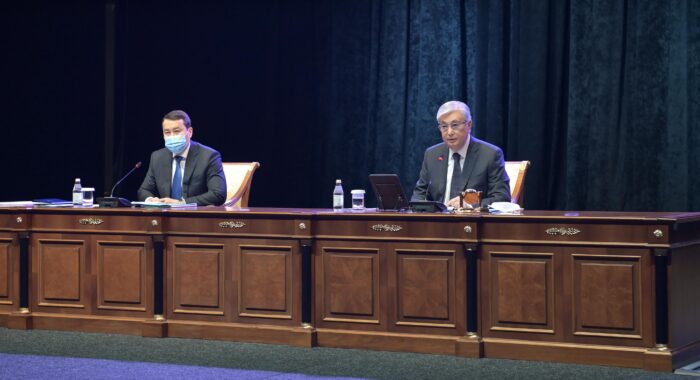 New reforms aim to become the basis of a new Kazakhstan. Fair competition, transparency and predictability of state policy, taxing honesty and social responsibility are set to become the principal elements of the new economic policy.

“I am confident that business people are interested in the successful implementation of socio-economic reforms,” said Tokayev.

The President instructed the creation of the Council of Domestic Entrepreneurs. “This will be one of the areas of socio-economic reforms. Business leaders can take part in this project group. The prepared packages and proposals will serve as the basis of the medium-term program of the new economic policy,” he added.

Tokayev noted that he will continue the policy of political transformation and modernization with the transition to a market, socially-oriented and diversified economy.

The first element is the inviolability of private property, said the President. Transparency of court proceedings should guarantee this. In this regard, the reforms in the judicial system are important. New experts are invited to the courts. A new Judicial Collegium of the Supreme Court for Administrative Cases has already been established.

The second element of the economic course is the investment climate. The government will fulfill all investment obligations. The President also called on business people “to reinvest funds in our country.”

The third element is fair competition. It is necessary to analyze artificial monopolies, according to Tokayev. These activities should be prohibited by law.

A new tax policy is essential as well as reforms in the procurement system.

“It is necessary to reform the quasi-public sector. These are about 6,500 organizations. The participation of the state in entrepreneurial activity should be reduced,” said the head of state.

Tokayev instructed the government to reduce administrative barriers. “Last year, more than 2,500 complaints from entrepreneurs about disagreement with the actions and decisions of officials of the criminal prosecution authorities were considered. Entrepreneurs complained about the police, the economic investigation service, the anti-corruption service, and national security,” he said.

Tokayev also instructed the government to review the strict quarantine measures taking into account the concerns of the small and medium-sized businesses.

Constructive interaction between government and business is a solid foundation for social stability, said the President. This ensures important conditions for the implementation of economic and political reforms.

“We are building up a listening state and this meeting proves that all constructive proposals by businesses will be taken into account in sectoral and structural policies,” the President noted.