By Saniya Bulatkulova in Society on 17 January 2022

NUR-SULTAN – Mahsudam Yahiyarova, the brave mother of a 21-year-old police officer, saved her son and nine military officers from the Central State Museum of Almaty seized by rioters on Jan. 5, reports Tengrinews.kz. 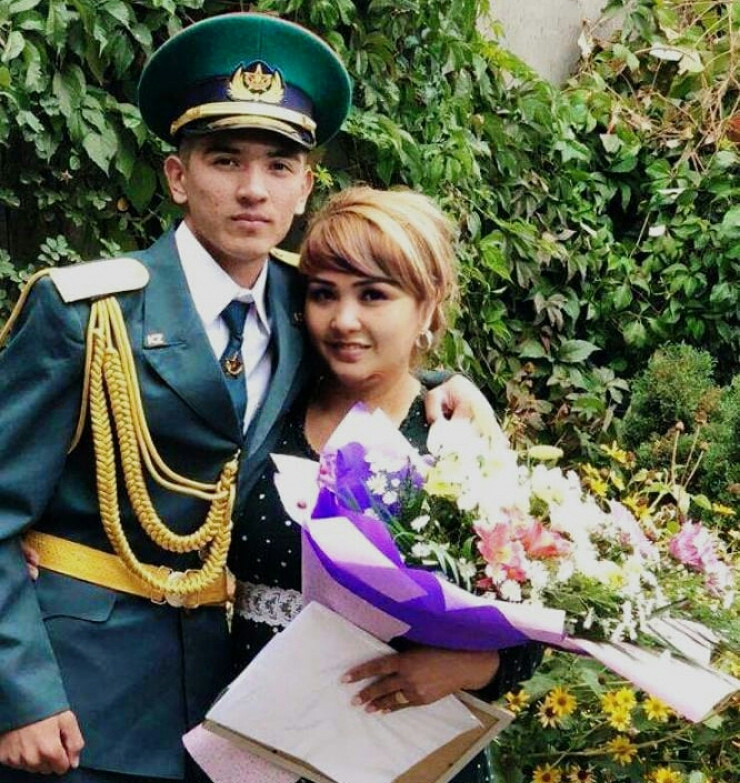 According to Yahiyarova, though her son Aziz had a day off, he had to work due to tightened security measures. Aziz called her and said he was guarding the akimat (city administration) with his colleagues and asked her not to panic.

He called her again later, but from an unfamiliar phone number. “Mom, I am at the museum. Everything will be fine, don’t worry!” he said before they got disconnected.

Aziz told her mom that they were protecting the city hall and fighting back even though they had no weapons. When everyone was injured, they understood that they could not physically cope with the attackers and decided to run for the museum, located ten minutes away from the akimat.

“He knew where the back entrance to the museum was because he often stood guard there. The attackers took everything from them: telephones, outerwear, uniforms, and even their official ID. When my son entered the museum, he found his wounded colleagues there,” said Yahiyarova in her interview to Tengrinews.kz.

She didn’t remember how she entered the Akimat, but there was chaos around the building as people were running around with knives, axes, and shovels while smoke clouds enveloped the sky.

For a moment she thought she would never see her son again, but then she ran to the museum.

“Somehow I managed to get inside, and saw three female museum employees. I whispered to one of them that my son was there, and they confirmed there were wounded soldiers and police officers in the cellar, whom they had hidden. There were approximately five armed and equipped attackers, all with beards. It was very scary. Then a museum employee told me that they let my son go out through the back entrance so he could call me,” she said.

After Yahiyarova’s son-in-law brought clothes, they found Aziz, dressed him up, and went to a village near Almaty to get clothes for the rest of the military officers.

While Aziz counted eight soldiers in the cellar, there were actually nine of them.

“We went down and saw the frightened faces of the wounded and tortured police officers. Many of them were bleeding. One of them was a very young boy, a cadet, whose nose was broken. We gave them clothes, but it wasn’t enough for everyone, so I gave my sweater and scarf to the ninth man,” she added.

It took them approximately 40 minutes to get out of the building when the staff signaled they could go. The victims were sent home and Aziz was taken to the hospital.

According to the mother, she felt relief, immense joy, and great happiness as she saw her son alive. She was also happy for his colleagues, who had been through a similar trial by fire.

The severe stress has affected her health, but it is nothing compared to what her son has been through.