By Saniya Bulatkulova in Business, Kazakhstan Region Profiles: A Deep Dive Into the Heart of Central Asia on 26 January 2022 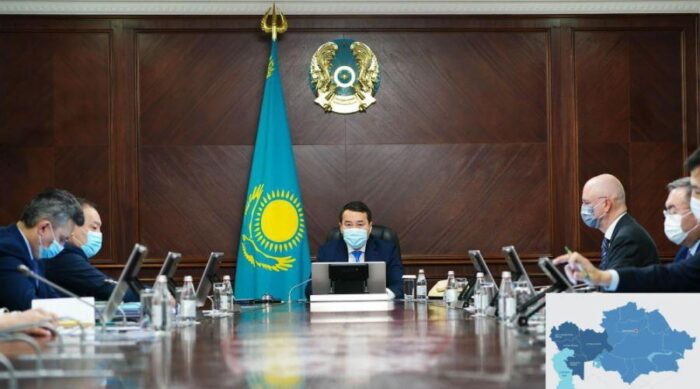 The plans mainly focus on attracting extrabudgetary funds from the quasi-public sector and private investors. Photo credit: Primeminister.kz. Click on the picture to see the map.

“As fuel price protests broke out first in western Kazakhstan, it means some problems such as employment have become acute in these regions,” said Kazakh President Kassym-Jomart Tokayev at the Jan. 11 meeting of the Majilis, the lower house of Parliament.

He noted that systemic industrialization, support of small and medium businesses, and the development of the service sector in these fields are a national priority rather than a regional one.

By 2025, 175,000 jobs are expected to be created and around 13 trillion tenge (US$30 billion) of private investment are to be attracted to four regions. 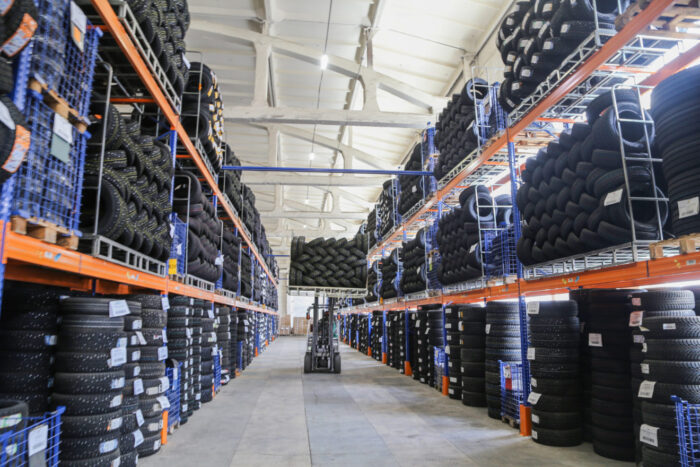 “Most enterprises are expected to be export-oriented. We plan to construct the third line of the main Bukhara-Ural gas pipeline and ensure gasification of 85 villages, as well as modernization of the sewage and treatment facilities and communication and engineering networks construction in the areas of housing construction,” said the minister.

More than 1,300 kilometers of roads will be modernized to strengthen the role of Aktobe as a growth center and a major transport hub of the western region.

Several health facilities will be built in 18 villages, while 224 schools will be modernized. In addition, two dormitories for college students are to be constructed.

As for the West Kazakhstan Region, 116 projects are planned worth 2.6 trillion tenge (US$6 billion).

More than 2,000 kilometers of the power grid will be upgraded, and this measure will reduce its wear from 80 percent to 50 percent.

In industry and business fields, the ministry plans to create an industrial zone and construct a foundry along with a deep oil refinery and a cement plant. In the area of agriculture, they plan to construct two greenhouses, 25 feeding grounds, 10 dairy and commercial farms, four fish farms and rehabilitate and expand irrigated land.

“In addition, we will repair and reconstruct 1,842 kilometers of roads and modernize the international airport of Uralsk. We also plan to build a hospital, a cardiology center, 74 schools, a 650-bed student dormitory, and a 150-bed rehabilitation center. To provide civil protection, it is necessary to construct three fire stations and bank protection instructions for the Ural river,” added Kuantyrov.

The plan for the Atyrau Region includes the implementation of 182 projects totaling 8.9 trillion tenge (US$20.4 billion). 228 kilometers of electricity lines will be constructed and reconstructed to prevent increased accidents in the electricity grid.

The plan implies the creation of a 400-hectare industrial zone and the construction of a terephthalic acid production plant with the wholesale and distribution center. Development of the agriculture field includes the construction of six greenhouses, five feeding grounds, three poultry factories, seven pond farms for fish farming, and milk processing plants among other establishments.

In the healthcare field, two hospitals and a mental health center, nine primary healthcare facilities and a rehabilitation center will be built. To eliminate three-shift and emergency schools, 48 new schools will be built.

In the Mangistau Region, the government plans 226 projects worth 2.1 trillion tenge (US$4.8 billion).

Kuantyrov said that the government plans to conduct three phases of the onshore Dunga field development and build a petrochemical complex in Aktau, among other projects in the industrial sector.

The government also plans to implement 25 investment projects and subsidies to improve the productivity and quality of aquaculture products, as well as the development of tribal fish farming.

Plans are also significant in the development of tourism and the social sector.

With these measures in place, in the Mangistau Region alone, the volume of the industry will increase by 28 percent, the flow of tourists will increase 4.6 times, the share of roads in good and satisfactory state will reach 100 percent, and four million square meters of housing will be put into operation.

“The most important task is to make sure that the people living in the regions feel positive change, see prospects, could work and earn, develop their business, be treated and learn. We have to use all opportunities to improve people’s quality of life,” Kazakh Prime Minister Alikhan Smailov told the regions’ akims (mayors) during the meeting.