NUR-SULTAN – Chairman of the Agency for Strategic Planning and Reforms Kairat Kelimbetov spoke about the government’s proposed reforms to the Kazakh economy and plans to tackle global challenges in a recent interview with Kommersant. 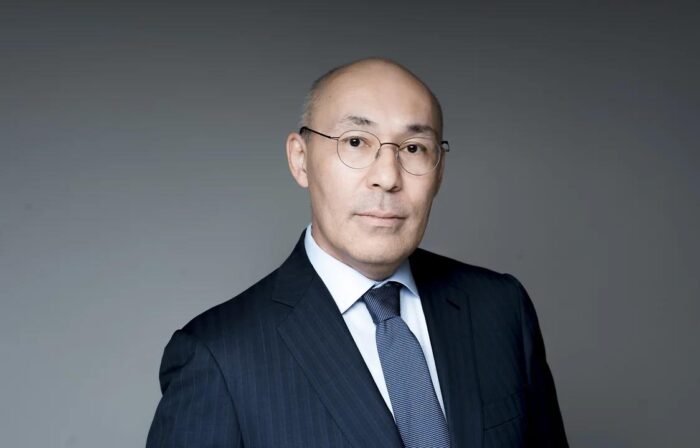 The Agency for Strategic Planning and Reforms was established at the end of 2020. Its main mission is to develop effective reforms for increasing the country’s competitiveness and the welfare of the people. The agency develops state policy in strategic planning, monitors and evaluates the implementation of strategic plans.

Kelimbetov said that reforming of the post-Soviet economy and the improvement of economic policy made it possible to attract foreign direct investment, which contributed to economic growth. Kazakhstan has reached the same level of GDP per capita as Russia.

“Long-term strategies were adopted and implemented in Kazakhstan. The first document was adopted in 1997, and now we have the strategy until 2050… The economic growth is based on an open market economy, foreign investments and energy resources. We produce 1.8 million barrels of oil per day, we are in the top 20 world oil producers,” he said.

Kelimbetov also spoke about global processes that affect the economic policy of Kazakhstan. The first great shift is the fourth industrial revolution, the transition to new digital technologies.

“If we do not take this challenge, there’s a risk of being left behind. Digitization is necessary. The second trend is decarbonization. This is a transition to a new condition from the energy model as we have coal-fired power engineering accounting for 70 percent. We make various long-term commitments. Kazakhstan should become carbon neutral by 2060. We should reduce our carbon dioxide emissions by 15 percent by 2030. How would this happen? We need to attract investment in solar and wind energy,” he said.

The third trend is geopolitical changes, as the world moves from a unipolar model to a serious confrontation both at the global and regional levels between multiple poles of power and influence. This immediately raises fears of instability that will affect the economy. “Thirty years ago, everything was more predictable than it is now,” he explained.

The fourth trend is social stratification. “Inequality is growing fast. The model of society should be inclusive. Especially during the pandemic that led to a crisis in the education system, information systems, healthcare infrastructure, a fall in outbound tourism, logistics chains, and food security threats,” he said.

Due to this, Kazakhstan switched to strategic mid-term planning where decisions are made fast and without bureaucratic delays. For the long term, the country has been implementing the Kazakhstan-2050 with the goal of entering the top 30 developed countries by 2050.

“The Kazakh President created the Supreme Council for Reforms to implement the strategy. The Agency for Strategic Planning of Reforms serves as a working body of the council. It existed since 1997, until it became a part of the Ministry of Economy,” Kelimbetov explained the role of the agency.

It was also decided to develop a five-year plan for Kazakhstan or the so-called national development plan until 2025. The President outlined ten priorities in the program focused on the needs of people.

“These indicators are person-centered and specific. We want to increase life expectancy in Kazakhstan from 71 to 75 years. The second task is that we want 100 percent access of the population to water supply. It is 91 percent now. We want to create 1 million jobs. We observe a baby boom and 1.5-2 million people will go to school in the next decade. Workplaces are necessary,” he said.

The Astana International Financial Centre (AIFC) attracted $6 billion in investments in three years including $3 billion through banks. “We have created banking groups that work within the AIFC, and people pay taxes. These taxes cover the costs allocated by the government. We aim to attract $10 billion in investments by 2025. Some 1,130 companies from 60 countries are registered at the AIFC,” said Кelimbetov who also serves as Chairman of the AIFC.