NUR-SULTAN – Deputy Prime Minister and Minister of Foreign Affairs of Kazakhstan Mukhtar Tileuberdi paid a working visit to Brussels on Jan. 18 where he met with the European counterparts and reaffirmed his country’s commitment to a strengthened partnership with the European Union, reports the Kazakh Foreign Ministry’s press service. 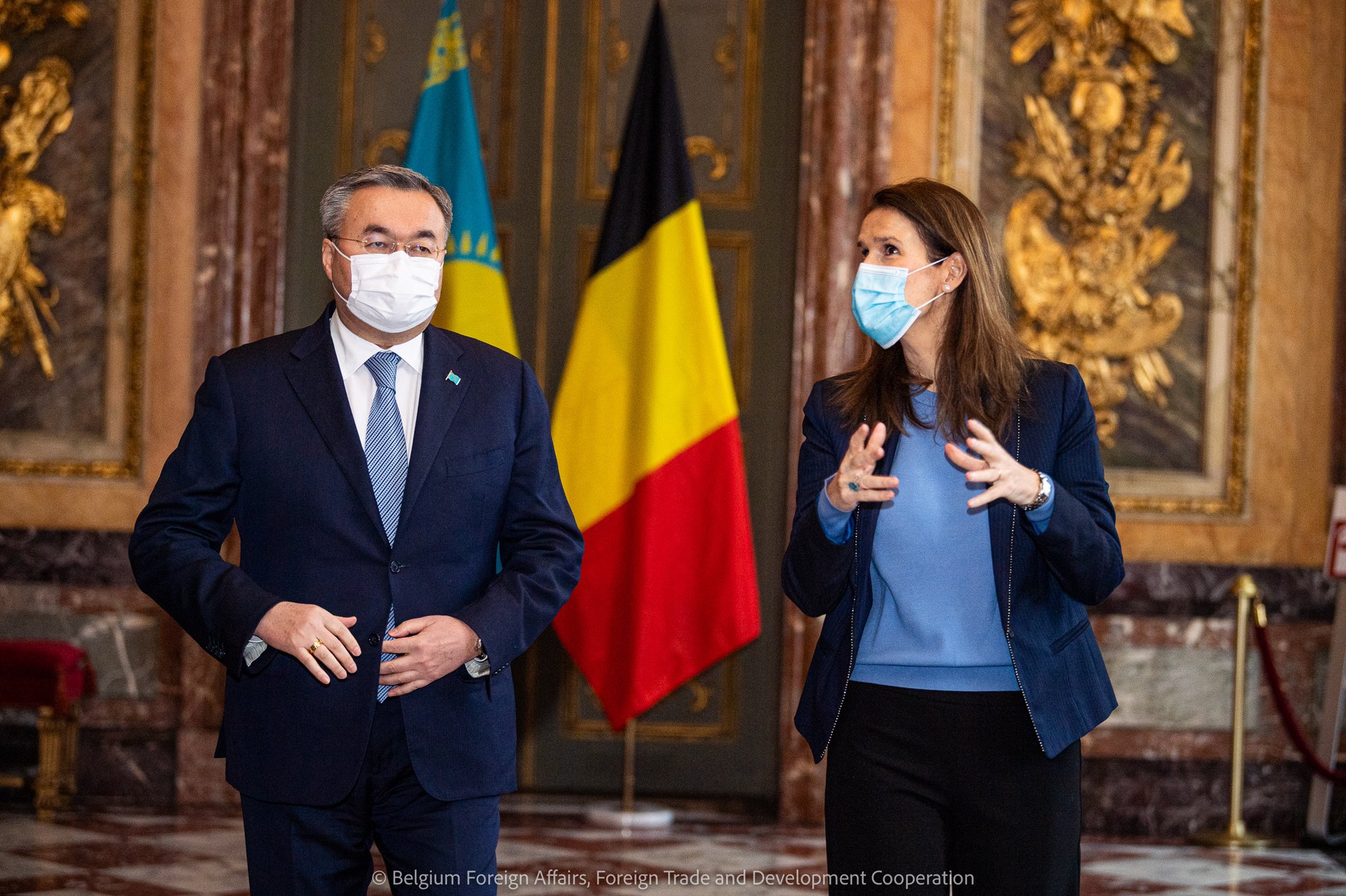 The sides confirmed their intention to develop multifaceted cooperation across the entire spectrum of bilateral relations underpinned, among other documents, by the Enhanced Partnership and Cooperation Agreement between Kazakhstan and the EU which entered into force in March 2020.

During the talks, Tileuberdi and his European counterparts discussed the ways to intensify cooperation, the current situation in Kazakhstan in light of the recent tragic events in the country, as well as the tasks to be implemented based on the agreements reached by President Kassym-Jomart Tokayev during his first official visit to Brussels in November 2021.

Tileuberdi also spoke about the domestic political situation and the counter-terrorist operation that has been carried out with the participation of the CSTO (Collective Security Treaty Organization) peacekeeping troops, as well as the withdrawal of those troops from Kazakhstan’s territory.

Eamon Gilmore and Terhi Hakala expressed support for large-scale political reforms in Kazakhstan noting the importance of a constructive dialogue between Kazakhstan and the EU on rule of law and democratization.

Regional cooperation, the situation in Afghanistan, cooperation with Central Asian countries, and water resources management were also considered during the talks.