At the beginning of January, Kazakh President Kassym-Jomart Tokayev appealed to the CSTO, an alliance of Armenia, Belarus, Kazakhstan, Kyrgyzstan, Russia, and Tajikistan, to send peacekeeping troops to help guard strategic objects after mass protests, initially caused by rising fuel prices, turned violent and were “hijacked by terrorist groups.” 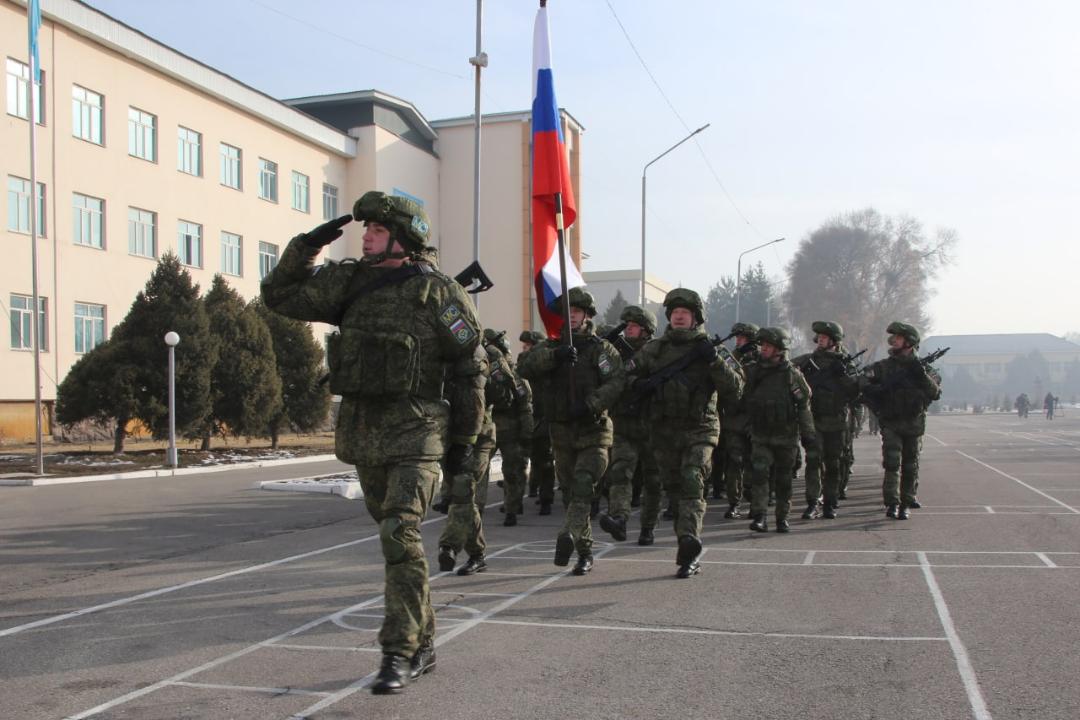 Peacekeeping contingents from Armenia, Belarus, Kyrgyzstan, Russia, and Tajikistan were deployed first in the capital city Nur-Sultan and were later relocated to guard Almaty suffered the worst of the unrest. The mission numbered more than 2,000 officers and 250 units of military equipment.

“The deployment of CSTO peacekeeping potential in Kazakhstan was timely and effective, and the mechanisms of interagency and interstate interaction and coordination within the organization were practically perfected,” said Olzhas Khusainov, colonel and the head of the international cooperation department at the Kazakh Defense Ministry.

He noted that the CSTO mission in Kazakhstan will “go down in the history of the organization.”

This was the first time the CSTO exercised its peacekeeping provision envisioned in the Collective Security Treaty as of May 15, 1992, and the Agreement on Peacekeeping Activities of Oct. 6, 2007.

“We express our gratitude to our allies for providing timely assistance. The presence of the peacekeeping mission allowed us to free up a considerable part of Kazakhstan’s forces and resources for the immediate conduct of the counter-terrorist operation,” said Director of the Eurasian Integration Department at the Kazakh Foreign Ministry Alexander Sinyagovsky.

President Tokayev told an emergency meeting of the CSTO on Jan. 10 that “not only military but also, above all, moral support from CSTO partners is fundamentally important for us.”

“I am sure that the organization will gain a useful experience. (…) The CSTO has demonstrated its relevance and effectiveness as a political and military organization. It is a real working mechanism for ensuring the stability and security of our states. In fact, the events that have taken place have become a turning point in the development of the organization, which has acquired a new quality as a strong international institution,” he told the meeting back then.