CSTO Illustrates Its Efficiency in Case of Kazakhstan

Many scholars focusing on the effectiveness of international organizations provide evidence on stagnation and decline of the power of international institutions. According to American political scientist Kenneth Waltz’s neo-realist balance-of-power theory, creation, alternation and collapse of the organization is “an epiphenomenon of shifts in the relative capabilities of great powers” as Professor of European Politics Frank Schimmelfenning suggests. For instance, formed 70 years ago, the North Atlantic Treaty Organization (NATO) laid the basis for security in a post-war period by keeping up military capabilities and having internal dialogue between allies to defend Western Europe against a Soviet attack. 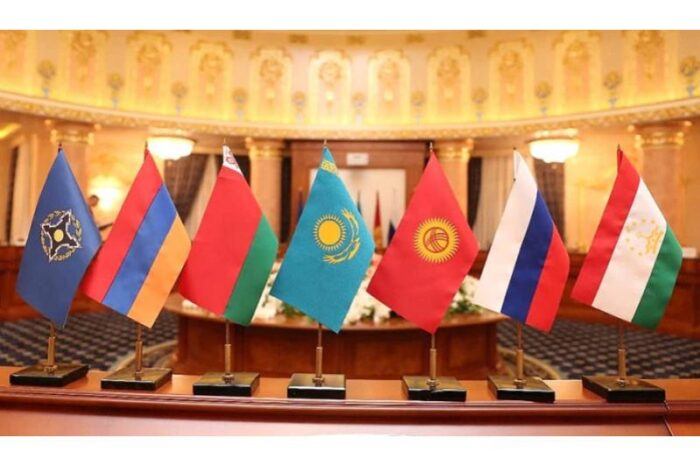 When it comes to policy scope, NATO has transformed since its foundation and today it covers a broad scope of activities such as the military protection of cultural monuments, environmental problems, international humanitarian law etc. As American scientist Howard Raiffa argues that expanded scope can alter a zero-sum game with no room for manoeuvre into a positive-sum game until the marginal cost of additional scope roughly equals the marginal advantage. Therefore, since the demise of the main threat, crisis management and peacekeeping operations have become pillars of the transformed alliance’s raison d’être, according to Robert B.McCalla.

In this regard, it is crucial to observe the scope of the Collective Security Treaty Organization (CSTO) based on analysis on its role of solving issues related to anti-terrorists actions in Kazakhstan. Their criminal activities caused riots, looting, rape and mass violence. Currently, the whole world discusses tragic events in Almaty, albeit criticizing the entrance of the CSTO peacekeepers on  the ground.

It is important to look at the main document of the CSTO – Charter, and according to its article 3, “The goals of the Organization shall be strengthening of peace, international and regional security and stability, protection of independence on a collective basis, territorial integrity and sovereignty of the Member States, in achievement of which the Member States prefer political means.” Taking into account that well-organised terrorists have developed an active and ruthless activity in Kazakhstan, asking for help the CSTO ruling states was only the right decision.

Some 2,030 CSTO peacekeeping troops have not been involved in the elimination of militant groups and terrorists. Their main task was the protection of strategic cities and administrative bodies.

On Jan. 11, President Tokayev addressing the Kazakh Parliament emphasized that “withdrawal from Kazakhstan of the entire CSTO peacemaking contingent will begin in two days and will take no more than 10 days.”

Potency of problem solving and state compliance are two elements of how the institutional impact can be evaluated. I believe that these events clearly illustrate a vital role of international organizations on establishing peace and security across member-states. Moreover, it is important to note the level of trust and support of its leaders while making this decision.

“This situation has once again confirmed the value of the organization as a military-political structure. I think the international community has been talking about the Collective Security Treaty Organization now. The effectiveness of the Organization has shown itself quite clearly in this situation. It is extremely important, from my point of view, that the Secretariat establish cooperation with the leadership of other international organizations. It will be very useful. I think that the establishment of the institute of the Special Representative of the CSTO Secretary General for Peacekeeping Operations is also very appropriate,” Tokayev said during the meeting with CSTO Secretary-General Stanislav Zas on Jan.12.

The author is Aiman Turebekova, a graduate of Oxford University, London School of Economic and Political Science.