By Saniya Bulatkulova in Culture on 4 December 2021

NUR-SULTAN – The 14-year-old Snezhanna Lee, an Aktobe native, won a gold cup and a cash prize of one million South Korean won (US$ 851) at the seventh International Super Queen Fashion contest in Seoul on Dec. 1, reports diapazon.kz. 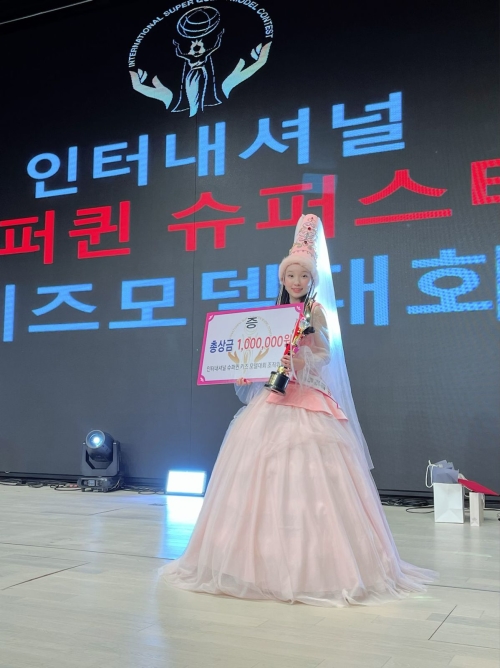 As girl’s mother says, she likes to bake cakes in her free time. Press service: diapazon.kz

Among 1,000 participants, only 100 participants reached the final, including Lee, who was the first representative from Kazakhstan.

A traditional dress, made by Kazakh designer Dinara Koshkarbayeva, her linguistic proficiency and her performance of the Kamazhai national dance impressed the jury members who voted for her unanimously.

“Everyone spoke only Korean at the contest, and Snezhanna’s introduction and ability to answer questions in Korean truly amazed the jury members. She has learned the language in two years and is now fluent in Korean,” said the girl’s mother Gulnura Akhmetova.

The contest participants were assessed based on their calling cards (self-presentation), appearance, creative abilities and outfits.

“Our gorgeous outfits with the saukele (traditional Kazakh bridal headwear) were made in the traditional style, and one of them depicted our flag. We focused on Kazakh traditions and culture, because we wanted to introduce Kazakhstan to the jury as Snezhanna was the first and only to represent our country in the competition. Other participants emphasized K-pop culture and modern dance,” she added. 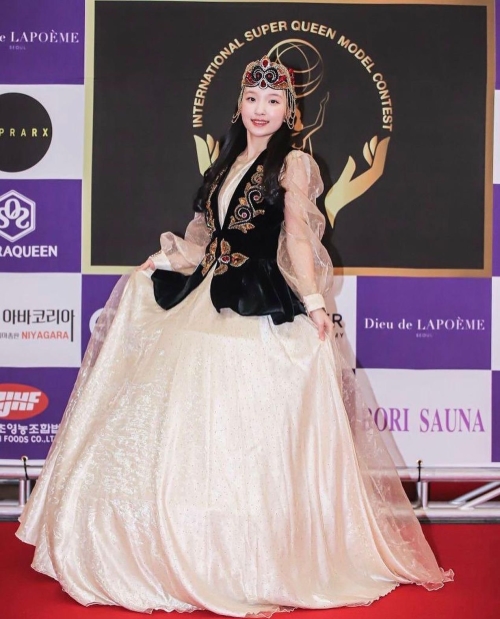 All Lee’s outfits were made in traditional Kazakh style. Press service: diapazon.kz

The family of the young star moved to South Korea three years ago and now lives in Incheon. Lee, who is in her eighth grade, fluently speaks four languages.

According to her mother, the girl also volunteers and helps children in learning Korean. She has been singing and dancing since four years old.

Along with the prize and money, Lee signed a contract with a model agency to participate in fashion shows and Korean dramas (television series in the Korean language).