Seventeenth Round of Talks on Syria Kicks Off in Nur-Sultan

NUR-SULTAN – Delegations from Syria and the Syrian opposition, the guarantor states of Russia, Iran, Turkey, and representatives of the United Nations (UN) have arrived in Nur-Sultan to participate in the 17th round of talks on the situation in Syria, known as the Astana Process, on Dec. 21-22, reports the Kazakh Ministry of Foreign Affairs. 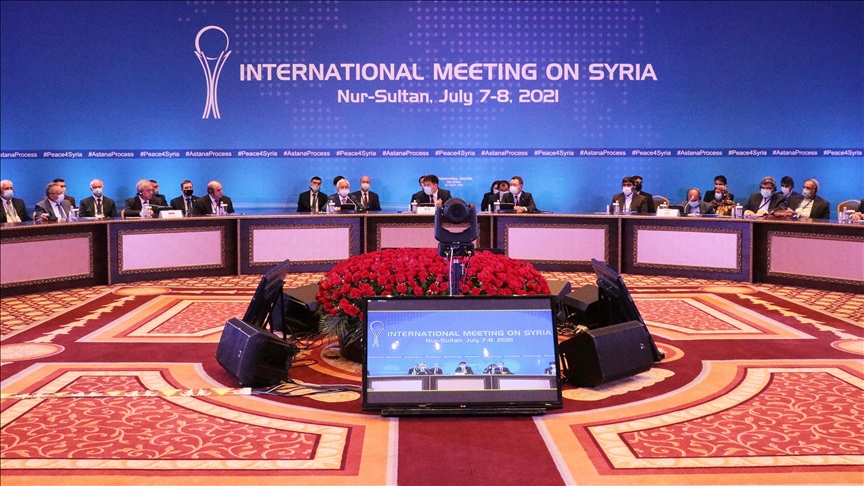 The main session of the 16th round of the Astana Process on Syria in Nur-Sultan, Kazakhstan on July 8, 2021. Photo credit: Anadolu Agency

The talks will focus on proposals to maintain peace in the region, which was achieved as a result of the earlier agreements reached by the Astana Process. A working group meeting between the guarantor countries – Russia, Turkey, and Iran, as well as the UN and the International Committee of the Red Cross, is scheduled to discuss forcibly detained people.

The experts will also discuss the prospects of establishing the Syrian Constitutional Committee in Geneva under the auspices of the UN.

The Syrian government delegation is headed by Syrian Deputy Foreign Minister Ayman Susan. The head of the Syrian armed opposition is Ahmed Toma.

The Russian president’s special envoy for Syria Alexander Lavrentiev will head the delegation from Russia.

Officials from the UN, Jordan, and the International Committee of the Red Cross will participate as observers. The UN delegation will be represented by UN Deputy Special Envoy for Syria Khawla Matar.