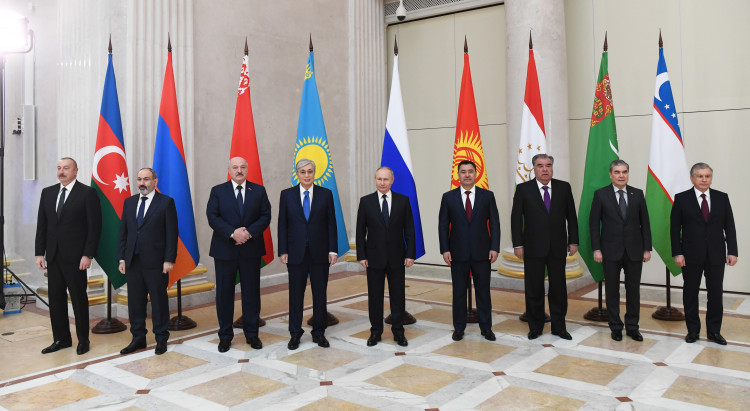 The meeting summed up the results of 2021 and discussed common plans to strengthen and develop cooperation in the upcoming period. The heads of state focused on the efforts to overcome the consequences of the pandemic.

President Tokayev expressed gratitude to the Russian side for putting the topic of biological safety on the discussion and said that an agreement was signed on cooperation in this area as part of the Collective Security Treaty Organization (CSTO), a regional alliance of Armenia, Belarus, Kazakhstan, Kyrgyzstan, Russia, and Tajikistan.

“I would like to express my gratitude for helping Kazakhstan during the most difficult time. Based on Russia’s Sputnik V technology, we were able to establish joint production in Karaganda in fulfillment of our mutual agreement. The Sputnik V vaccine played a crucial role in stopping the onset of COVID-19,” said Tokayev.

Putin said it was a “special year” for the CIS that in December marked its 30th anniversary.

“We have witnessed monumental shifts over the past years and decades. At the same time, let me note that the very idea of establishing this organization was justified, there is no doubt about that. We have been deepening our integration in its multiple aspects, including in terms of ensuring national security, and in the economy. I must note the lingering positive impact of the ties we have been sharing since the Soviet era,” said Putin.

During their meeting later on the same day, Tokayev and Putin discussed a wide range of aspects related to the strategic partnership between Kazakhstan and Russia. They commended the development of trade and economic relations between the two countries and stressed the need to strengthen cooperation in education, digitization, and energy.

“A very important point is the agreement in education. Branches of leading Russian universities – the well-known Moscow Institute of Physics and Technology, Bauman Moscow State Technical University – we need to train specialists there,” said Tokayev.