By Saniya Bulatkulova in Nur-Sultan on 28 December 2021

NUR-SULTAN – The third New Year bike parade brought together hundreds of people wearing costumes of Ded Moroz (a character similar to Santa Claus) with Snegurochka (the Snow Maiden) in the Central park of Nur-Sultan on Dec. 26, reports the Kazinform state news agency. 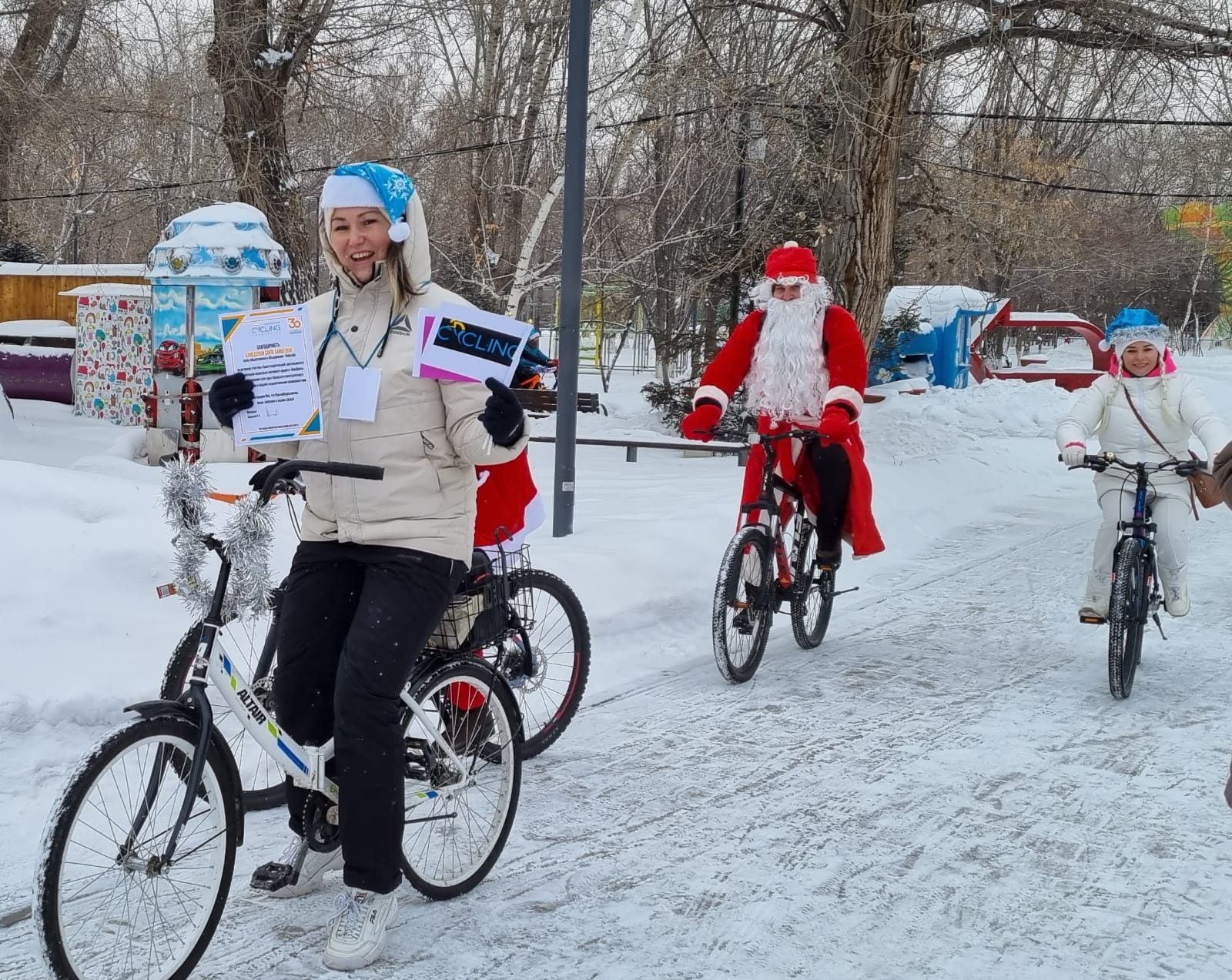 As organizers say, such social projects are particularly relevant during the pandemic. Photo credit: The Velo Lady Astana public association.

The event gathered not only children and capital citizens, but also people with physical handicaps; the event was aimed at promoting regular sporting activities and helping people re-establish lost contact with their social environment.

The Velo Lady Astana public association, which organized the event along with the VeloTop Astana cycling club and Kazakhstan Cycling Federation, promotes urban women’s bike racing among women and people with challenges.

Parade participants also rode tricycles and took part in a flash mob, while the children enjoyed an entertainment show.