By Zhanna Shayakhmetova in Culture on 4 December 2021

NUR-SULTAN – The filming of the “Zhambyl. A New Era” historical film to mark the 175th anniversary of Kazakh poet Zhambyl Zhabayev has started in the country, reported the film’s production company. 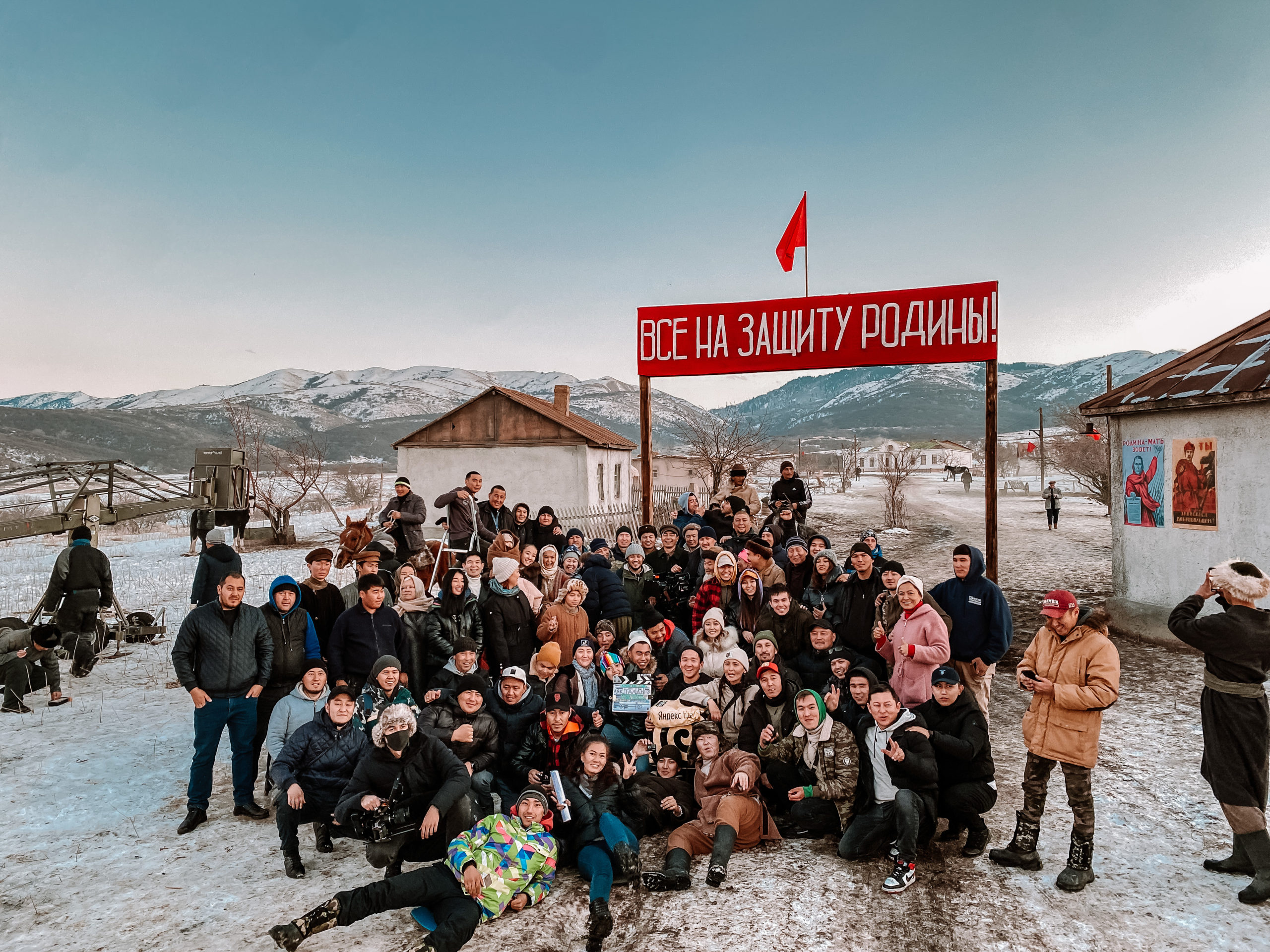 The first stage of filming started in mid-October and took place in Almaty and the Almaty region. The filming process will be resumed in the spring of 2022 due to the weather conditions. The release date of the film will be announced next year. 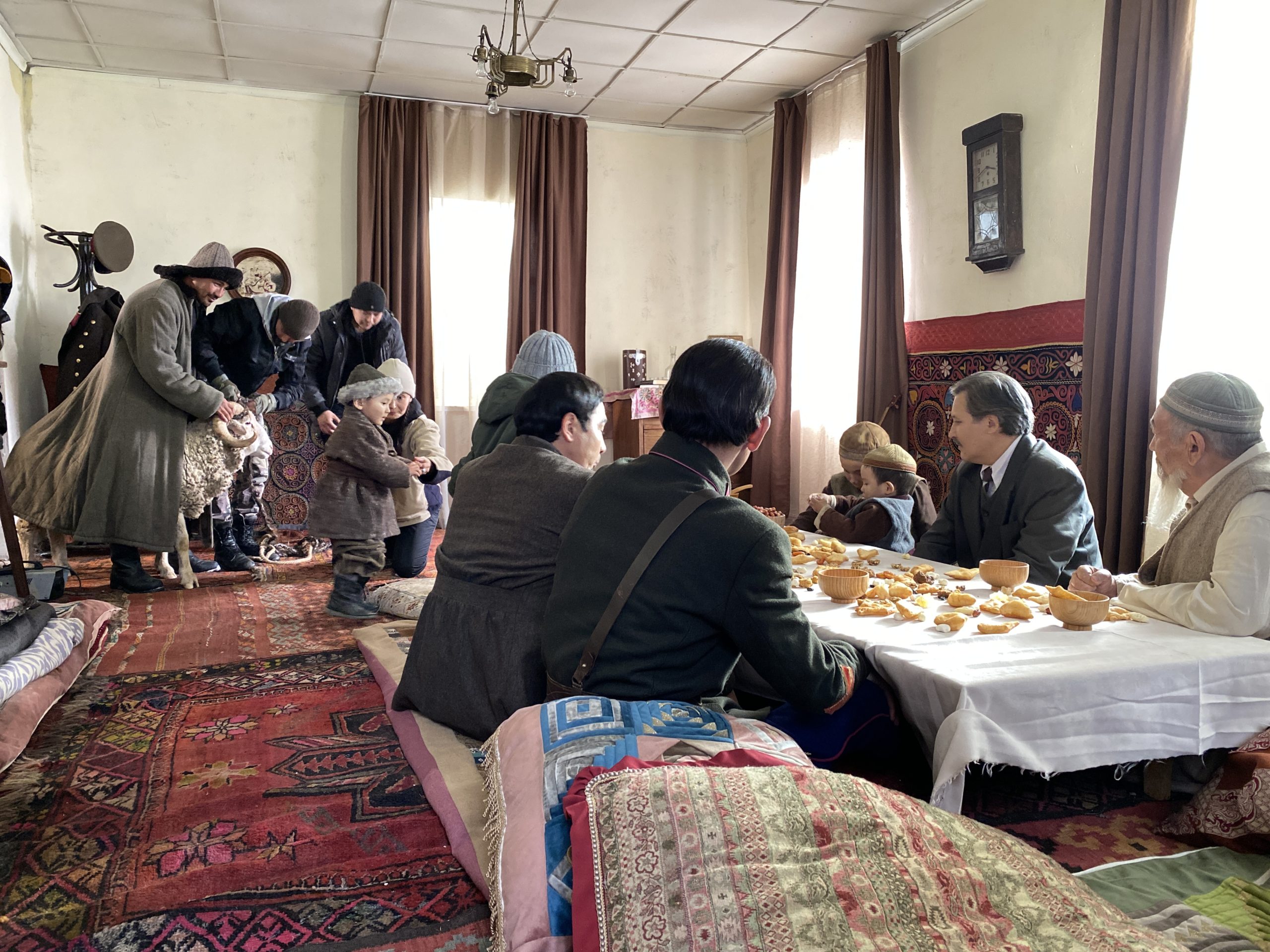 The plot of the film is based on the confrontation between the poet and the ideology of the Soviet system.

The film depicts the last nine years of Zhabayev’s life. A 90-year-old poet takes part in the competition of performers, where he receives the main prize. Poet Kalkaman Abdykadyrov writes down Zhabayev’s epic poem about Suranshy batyr and publishes it in the newspaper. The Soviet authorities decide to use his reputation and popularity to achieve their goals. 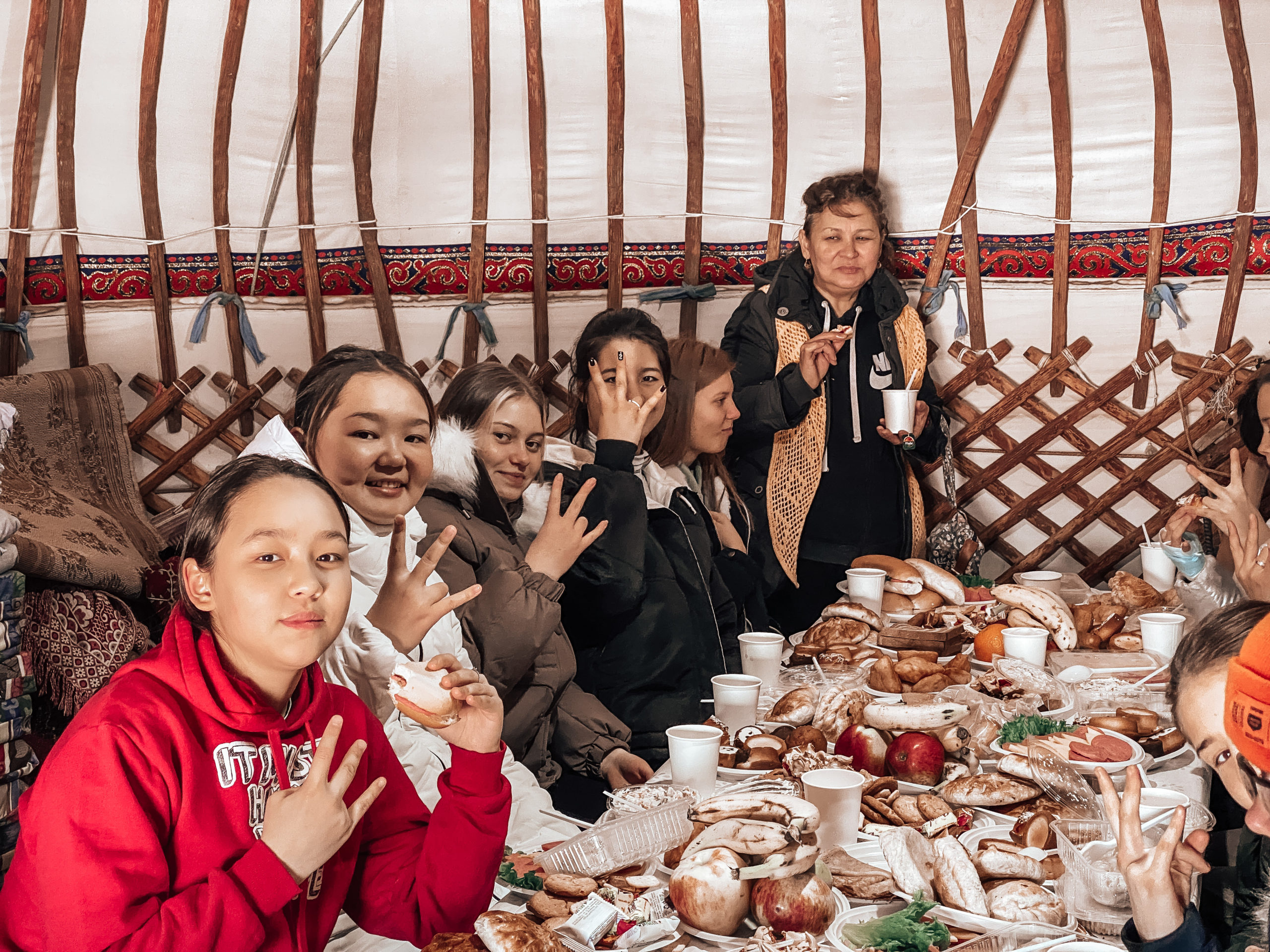 Children from the SOS Children’s Village of Almaty visited the Zhambyl village in the Almaty region on Nov. 29.

“The main idea of ​​the film is that although Zhambyl was an old man, the Soviet authorities recorded everything that he performed on the dombra (Kazakh national instrument) in Kazakh, translated into Russian, to raise controversial issues,” said scriptwriter and director Zhandos Kussainov.

According to Kussainov, the life of Zhabayev is full of unreliable myths and he wanted to create a true picture of the great poet. “It took me more than eight months to write the final version of the script, which was rewritten 16 times.  I studied documents and books written by contemporaries of that era to immerse myself in that era and find the real facts. Zhambyl was a symbol of the era, he was the man of his time.”

The film is built on the elements of parallel editing, where the main character’s motivation and acts will be revealed through the difficulties and life changes that influenced him. His life was not easy. He faced many challenges and this made him a wise and even legendary person.

Children from the SOS Children’s Village of Almaty who visited the specially built Zhambyl village in the Almaty region on Nov. 29, were impressed by the film set. The children also saw the filming of one of the key scenes of the film.

“I really liked the excursion to this village. I know that this is the film set but everything looks so real. I look forward to watching this film,” said 16-year Zukhra Nabiyeva.

Zhabayev (1846 – 1945) made a huge contribution to Kazakh culture and literature. He was known not only for his poetry, but also for his excellent memory. The poet knew over a million lines by heart. Zhabayev managed to raise the aitys (spoken literary genre, which combines poetry, public speaking, performance art and music) to a new level. In his poems, he praised not only his native land, but all peoples and defended their rights.