By Saniya Bulatkulova in International on 24 December 2021

NUR-SULTAN – More than 200 Afghan students in Kazakhstan received financial and legal advisory support as part of humanitarian assistance organized by Kazakhstan’s Office of Commissioner for Human Rights and the International Organization for Migration (IOM), reports the commissioner’s press service. To date, the campaign has been implemented in the cities of Almaty, Shymkent, Karaganda, Ust-Kamenogorsk and Nur-Sultan. 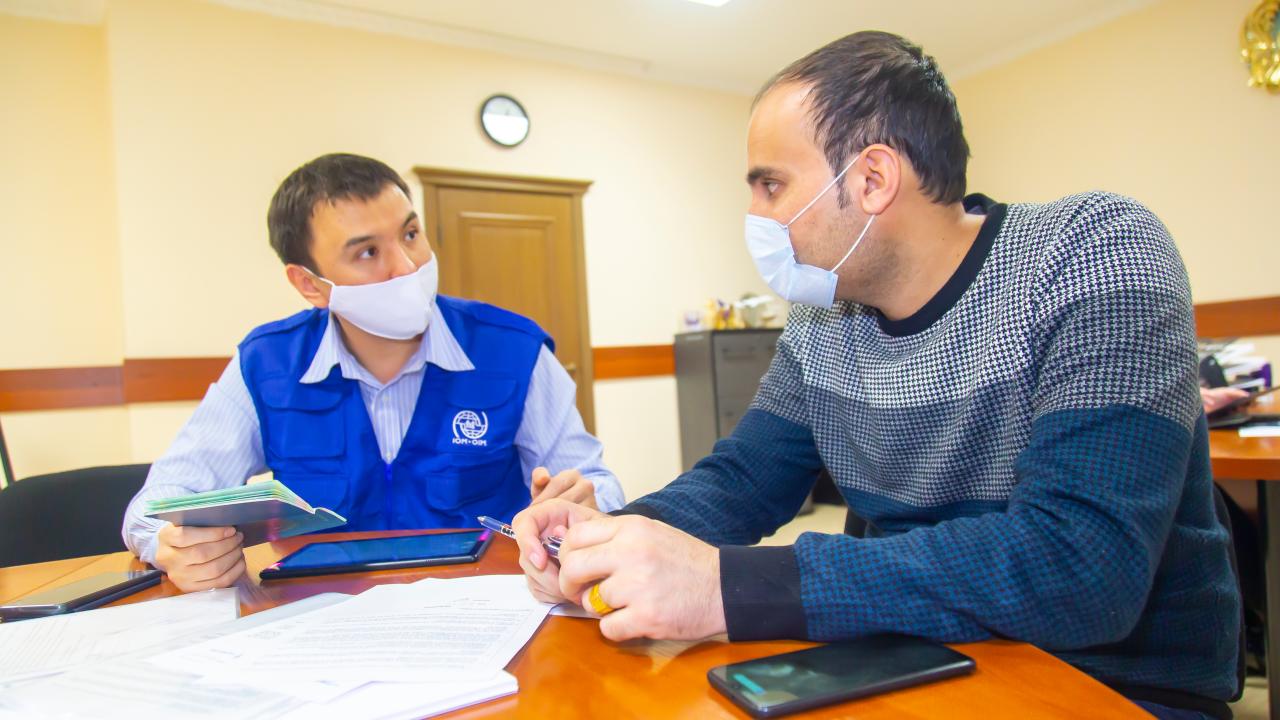 Many faced difficulties after the Taliban group took over their home country. Photo credit: gov.kz

In December, Afghan students studying at Kazakh universities requested assistance from the IOM as many faced difficulties due to the recent developments in Afghanistan.

“We can not get money from our families, because the banking system does not work in the country. Nobody can send or transfer money, so we were suggested to make a request to such organizations as IOM,” said Muhammad Kabir Ekhsan, an Afghan student studying in Nur-Sultan, who was one of the recipients.

The Migration Service Committee of the Kazakh Ministry of Internal Affairs has also issued and extended visas to 155 Afghan students studying at local universities.

“The committee acted as an organizer of the action, while IOM supported by the German Federal Foreign Office provided financial assistance,” said Deputy Chair of the Migration Service Committee Tleubek Takhtanov.

“One of the key tasks of the action is to legalize the legal status of residence in Kazakhstan for citizens from Afghanistan so that they can keep studying, which is difficult for many of them not only for legal reasons but also because of language barriers. All of them found themselves in this situation, not by choice, and showing a humane attitude towards them is not only an obligation of the state but primarily our common human duty,” said Azimova.