NUR-SULTAN – Kazakh President Kassym-Jomart Tokayev was welcomed in Geneva by Swiss President Guy Parmelin in the evening on Monday, Nov. 29 as Tokayev continued his visit to Europe, reports the Akorda press service. 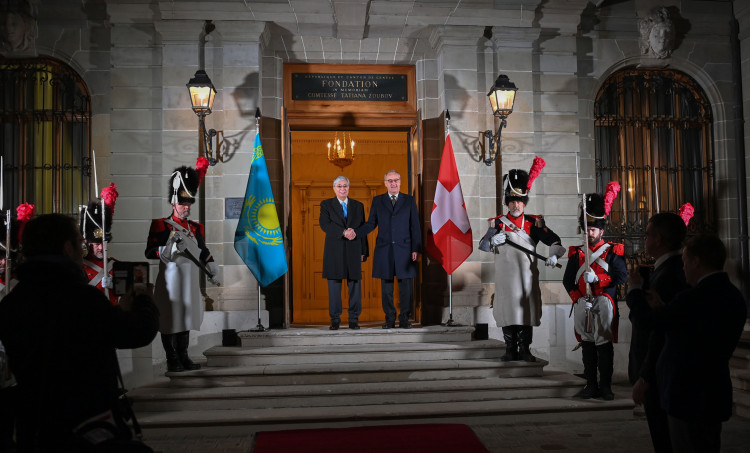 Switzerland is an important political and economic partner in Europe for Kazakhstan, said Tokayev.

“For us, this is a positive sign of the high level of trust in Kazakhstan and the investment approach we have worked hard to promote. In June of this year, I held a special meeting with Swiss companies operating in our market. Our commitment to cooperating with you is firm and unwavering,” the President said.

They noted the significant potential for cooperation in agriculture, transport and logistics, mechanical engineering, pharmaceutical industry, and green projects. 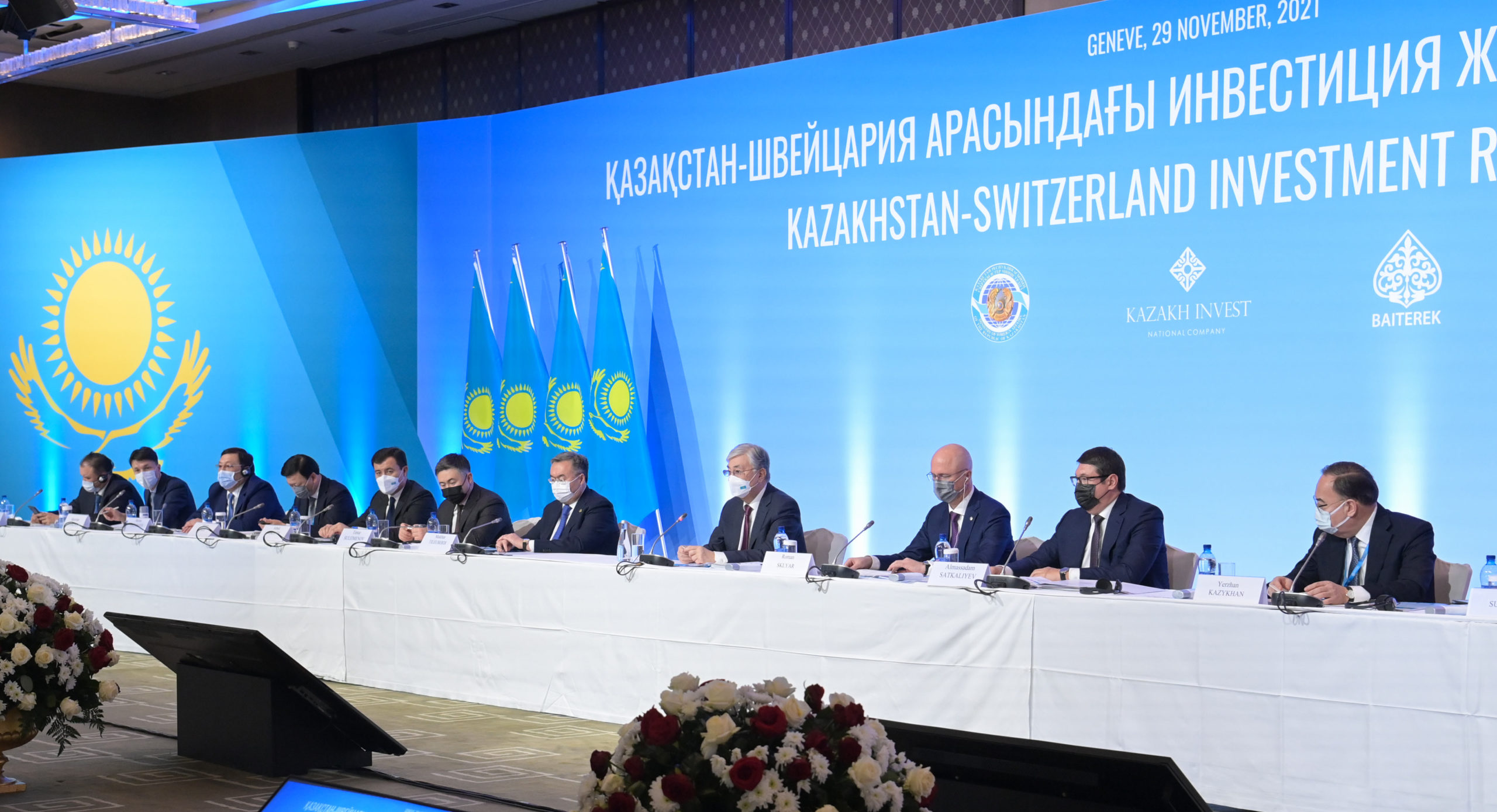 The sides also discussed cooperation within international financial institutions and international organizations. The meeting also covered the regional agenda, including the situation in Afghanistan and the provision of humanitarian aid to this country, fighting  COVID-19, climate change, and water diplomacy in Central Asia.

The next WTO Ministerial Conference that was due to commence in Geneva on Tuesday, but which was postponed indefinitely due to the pandemic, was also discussed at the meeting.

Parmelin commended Kazakhstan’s role as an observer state at the recent Review Conference of the Convention on Cluster Munitions chaired by Switzerland, and stressed the importance of banning cluster munitions globally.

The bilateral agreements were signed by Kazakh Trade and Integration Minister Bakhyt Sultanov and State Secretary Marie-Gabrielle Ineichen-Fleisch, Director of the State Secretariat for Economic Affairs on domestic regulation in services and on the mutual recognition of official stamps on precious metal products.

“Our economy has become stronger, more competitive, and attractive. Today we are steadily heading towards a clean, innovative, and diversified model of the economy. To this end, we are taking concrete steps, including comprehensive support for investors as one of the national priorities,” said Tokayev.

He said that relations between countries can be considered successful if there is a constructive dialogue with the participation of business and the role of the government in this is crucial.

“This is achieved through diplomatic and political means, regulatory instruments, incentives, implementation of the rule of law, and practical support. Businesses can and should do the rest,” said Tokayev.

Among the country’s competitive advantages noted by Tokayev are its strategic location, strong transport and logistics base, and its integration into global transport corridors.

As part of his visit, Tokayev also met with heads of the offices of international organizations located in Geneva.

With WTO Director-General Ngozi Okonjo-Iweala, Tokayev discussed Kazakhstan’s chairmanship at the 12th WTO Ministerial Conference that had to be postponed.

Ngozi Okonjo-Iweala regretted the forced postponement of the event due to the worsening epidemiological situation, stressing that it was a very difficult decision.

Speaking about the importance of cooperation with the WTO, Tokayev stressed the key role of the organization in the recovery of the global economy in the context of the pandemic and reiterated his full support for the ongoing constructive dialogue under the leadership of Ngozi Okonjo-Iweala with WTO member states, key international organizations and pharmaceutical companies to ensure universal and equal access to vaccines.

Peter Maurer, President of the International Committee of the Red Cross, in turn, noted the successful cooperation between Kazakhstan and the ICRC on repatriation and reintegration, family reunification, and psychological support to persons who have returned from conflict zones.

Tokayev expressed his gratitude to the ICRC for its cooperation with the Ministry of Defense on peacekeeping operations and said that Kazakhstan plans to expand the geographic presence of Kazakh officers in UN peacekeeping missions abroad.