NUR-SULTAN – Kazakhstan has huge renewable energy potential that will form the basis for a low-carbon future, World Bank Infrastructure Regional Director for Europe and Central Asia Charles Cormier told The Astana Times. Cormier is in Kazakhstan to hold discussions on the green growth transition. 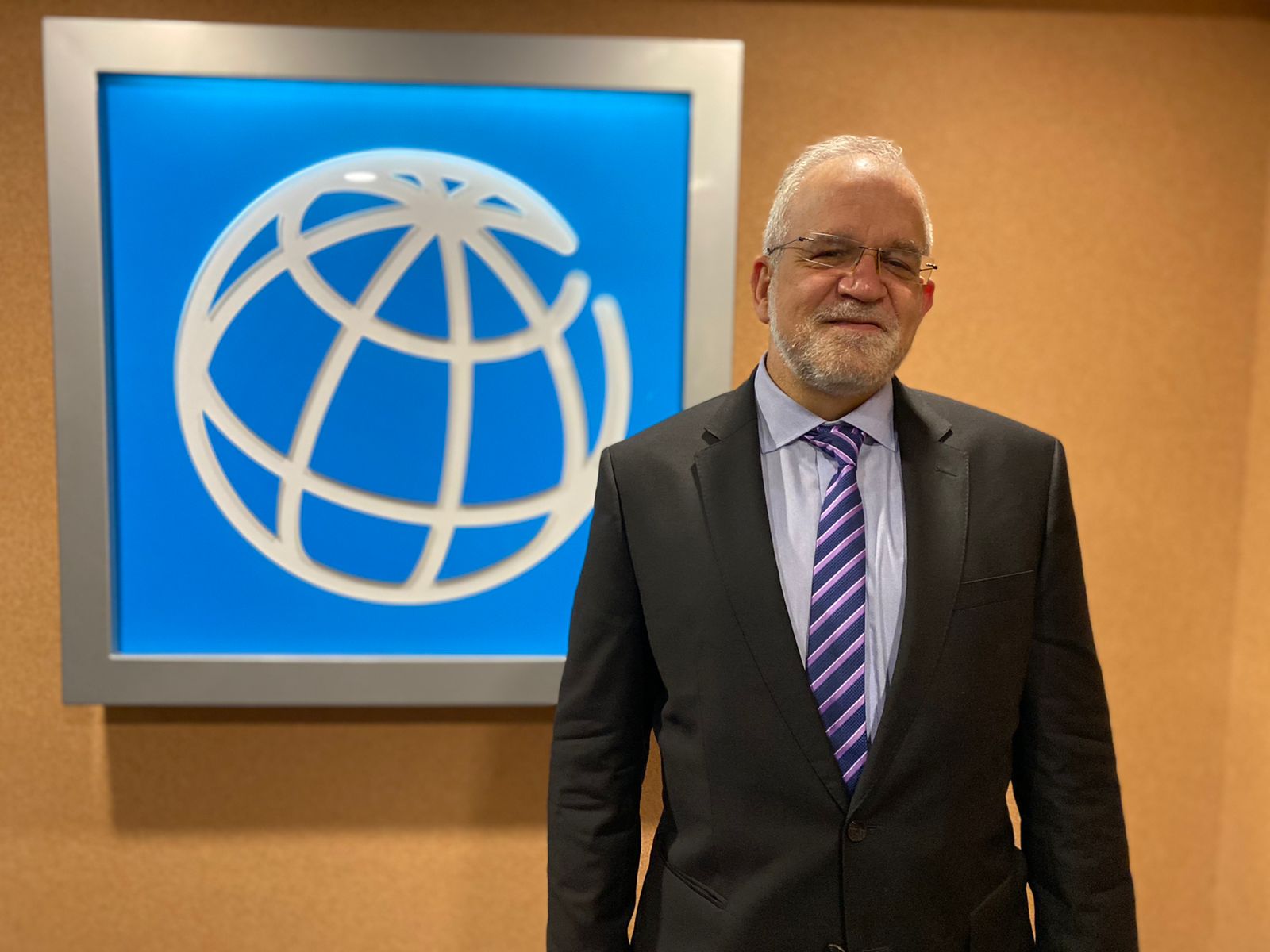 Do you think humanity is on the right track in tackling climate change?

A very timely question. We are now in the second week of the Conference of the Parties to the United Nations Framework Convention on Climate Change, during which many countries and the private sector have adopted net zero-carbon targets.  These pledges may be enough motion to limit the temperature increase to 1.5 degrees above historical norms.  Looking ahead, what is concerning is that the short-term targets to reduce emissions in the coming decade to give us momentum to achieve net-zero by mid-century are insufficient, and more effort will be required in the next decade.

The good news for the planet is that we are in the middle of what we call a technological transformation. Energy used to power people’s lives and livelihoods and to fuel global trade and industry account for 75 percent of global emissions. But in the last 10 to 15 years, the cost of renewable energy sources that can replace fossil fuels has been very much reduced. For example, the cost of solar energy has decreased by 90 percent over the past fifteen years, the cost of battery storage has been reduced by half in five years, while costs of other types of renewable energy sources have been greatly reduced. And that’s very good news.

What can humanity do to save the planet?   First and foremost, one objective would be to eliminate the use of coal for power generation.  Coal accounts for 30 percent of all emissions.  And if we phase out coal by 2040, this will go a long way to improve our chances to reach net-zero by 2050.  A coal phase-out would require retiring 100 GW of coal capacity each year for 20 years.

Kazakhstan is heavily dependent on coal for power generation and heat. But Kazakhstan also has huge RES resources – among the best wind energy resources in the world, and other low-carbon fuels – that will form the basis for a low-carbon future. Therefore, optimism is not only political but also technological.  The global community still has a fighting chance to limit the increase of global temperature to 1.5 degrees.

What harm does coal heating do to the health of the people living in big cities?

Many countries in Eastern Europe and Central Asia use coal for heating. In Kazakhstan, more than 95 percent of households rely on coal for their domestic heating needs. This is a totally unsustainable approach because coal combustion is an important contributor to air pollution through the emissions of particulate matter.  And many cities in this region have among the worst air quality in the world.  In addition to using coal for heating purposes, households are very inefficient in their use of energy. Buildings in Central Asia often consume 2-3 times more energy for heating than their counterparts in Western Europe.  These two things – the inefficient use of energy and using coal as the fuel for heating – contribute to the poor air quality.

The World Bank has calculated that the annual cost of health damage from air pollution is in the order of 4.5 percent of GDP in Eastern Europe and Central Asia, and air pollution is the largest environmental factor for premature death in the region (482,000 deaths in 2019).

Today, there are cleaner ways to provide heating in homes. There are some promising emerging technologies, including combined heat and power (CHP), geothermal energy, biomass, and even natural gas. In countries such as Kazakhstan, natural gas can be combined with other technologies to make the heating sector more sustainable.

Can nuclear power be considered a component of the green economy, or is it merely a transitional phase towards the full provision of renewable energy sources to humanity?

I believe that nuclear power will be one of the technologies for many countries that have taken on carbon-neutral goals. But there are many issues to address when a country considers using nuclear power. On average, it takes 10 years or more to build a nuclear power plant. Sometimes the estimated cost that was originally planned is exceeded. And there are many externalities to take into account, such as the long-term management of nuclear waste and potential accidents. Therefore, when considering nuclear power, we need to look at these externalities, assess the costs of other solutions, and compare them. It is therefore essential to include such externalities when comparing nuclear options with renewable energy alternatives, whose costs and efficiencies keep improving, and deployment is much more rapid. In addition, any plan to promote a green economy should also deploy plans and programs to decrease energy demand, through energy efficiency. This is particularly relevant for Kazakhstan given the country’s high energy intensity.

Some fear that the transition will be unfavorable to ordinary people. In your opinion, how will green growth affect people?

I think it’s a misconception – that coal is a cheap form of energy. Let me start by mentioning that coal is often considered cheap only because environmental and social externalities, such as air pollution and associated health cost, as well as climate change-associated impacts, are rarely included in its prices. When you internalize such costs and take into account the fast-decreasing costs of renewable sources, then you will easily see that coal may not be the most economical energy generation option anymore. This does not mean, however, that the energy transition will not be costly.

The good news is that RES is becoming a very affordable form of energy and very cheap.  Recent solar energy auctions held in Uzbekistan resulted in very interesting prices – from 1.8 to 3 cents per kilowatt per hour – depending on the lots offered. These prices are very accessible. Kazakhstan, I am pleased to say, has some of the best wind energy resources in the world.  With that wind resource at that scale, there is a potential to develop that asset at relatively low prices. With its gas and renewable energy resources, Kazakhstan can also explore the production of green or blue hydrogen, which is expected to become a low-carbon fuel at scale.  The development of hydrogen will require both the supply and the demand side, and it is expected to become economical in some markets.  The challenge will be to develop both supply and demand.

Finally, Kazakhstan would benefit from the reinstatement of the regional power market, as it will be able to sell excess electricity to other countries. With regional partners and the right organization, that should help everyone.

From a global perspective, fossil fuels benefit from direct and indirect subsidies worldwide, and there is the potential to redirect some of these subsidies to the clean energy transition.