NUR-SULTAN – The Nomad Stunts performer Aliya Iskakova won the Best Stunt Performance award at the UBCP/ACTRA AWARDS 2021, an autonomous branch of the Alliance of Canadian Cinema, Television and Radio Artists (ACTRA) on Nov. 21, reported the press service of the Nomad stunts company. 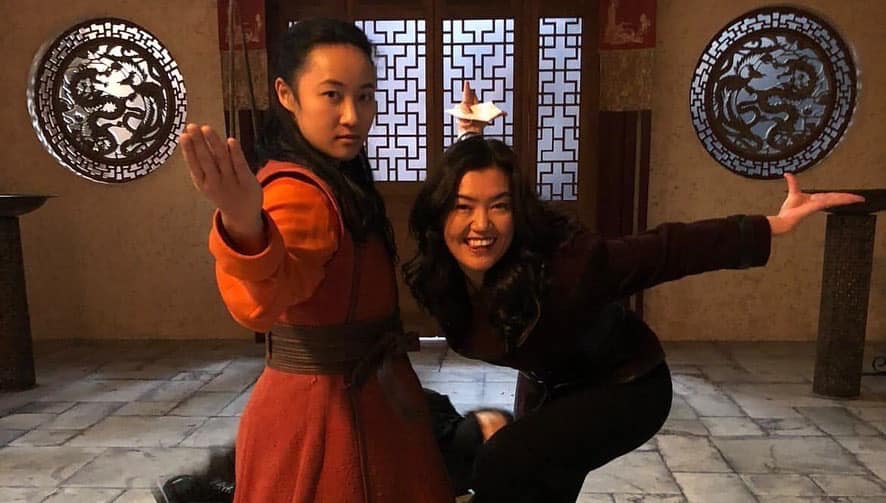 Aliya Iskakova (on the right) with the series’ cast. Photo credit: press service of the Nomad stunts company.

Iskakova performed the stunts in the fight scene for Yvonne Chapman, who played the main villain in the Kung-Fu series, a new American martial arts action-adventure television series.

“I absolutely love Aliya! She is a beauty of a human, inside and out and she makes me look so badass! I’m so lucky to have her as my stunt double. She trains remarkably hard, is a great coach, wonderfully talented. She also takes such good care of me and my well-being, always making sure I’m safe and comfortable while performing any stunt work,” Chapman said, talking about her stunt double Iskakova in the June 14 interview to The Rival Magazine.

Nomad Stunts is an international action company, which was established in 2000 by Zhaidarbek Kunguzhinov, an Honored Artist of Kazakhstan, stunt coordinator and Hitz International Action Team Member.

The company, who staged the stunts in the “Tomiris” historical drama movie, received a prestigious Taurus award given by the Worldwide Academy of Stunts, an equivalent to an Oscar award only for stunt performers in January 2021.

The Nomad Stunts team, which includes 86 stunt performers and 40 specially trained stunt horses as a whole, also participated in the making of “Mulan”.

The company’s filmography includes such big projects as “The Expendables 2,” “47 Ronin,” and TV series for Netflix and HBO.