in International on 8 November 2021

NUR-SULTAN – Chairperson of the Senate of the Kazakh Parliament Maulen Ashimbayev met with Head of the Catholic Church and Sovereign of the Vatican City State Pope Francis during his working visit to the Vatican, reported the press service of the parliament. 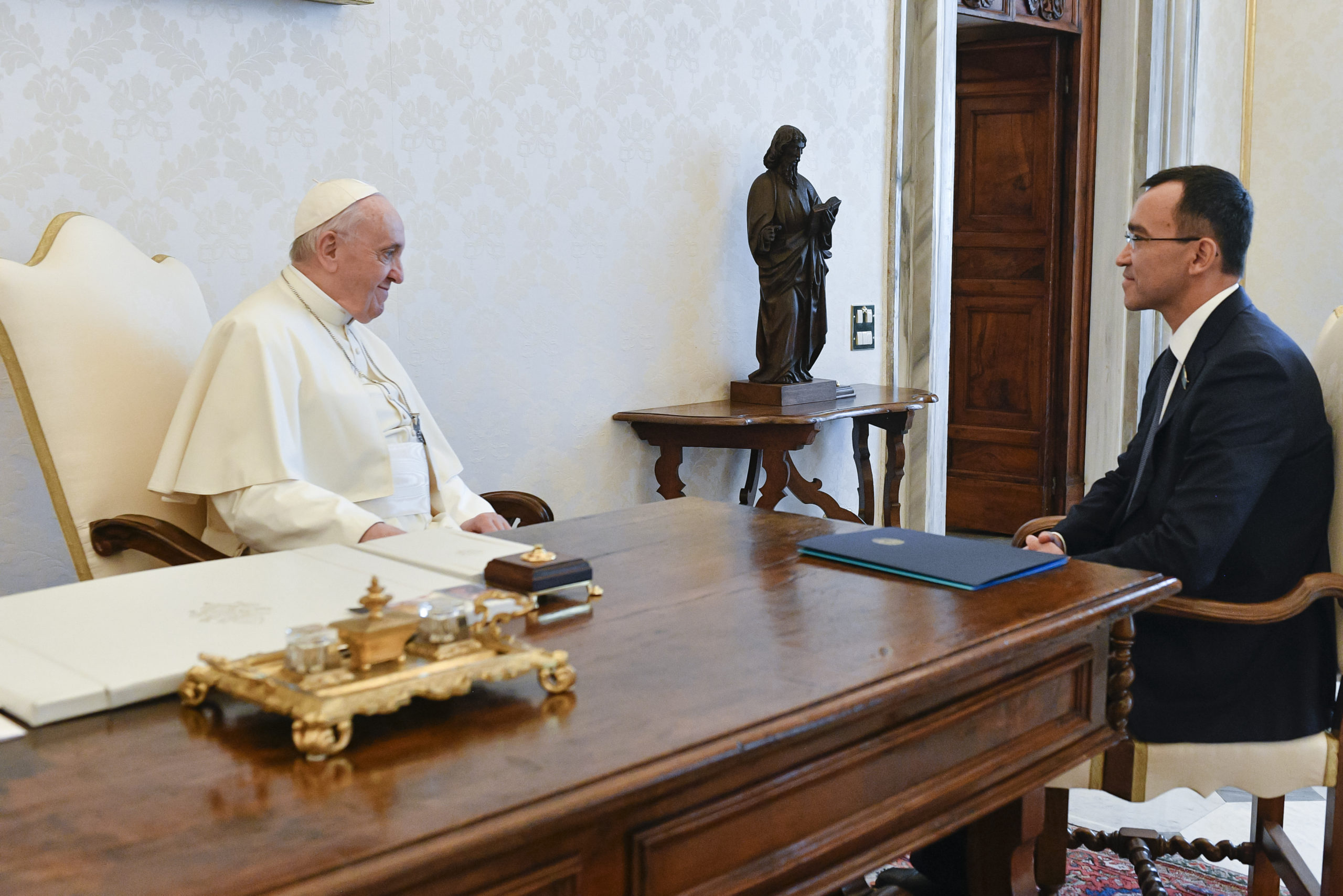 Ashimbayev invited Pope Francis to take part in the seventh Congress of Leaders of World and Traditional Religions, which will be held Sept. 14-15 in 2022 in Nur-Sultan.

Interethnic peace, mutual respect and tolerance of different faiths are an integral part of Kazakh culture, said Ashimbayev. “We do all the things possible to preserve and promote tolerance. Due to this, Kazakhstan’s First President Nursultan Nazarbayev initiated the Congress of Leaders of World and Traditional Religions in 2003.”

Ashimbayev expressed gratitude to the Vatican for supporting the congress’ activities. The representatives of the Catholic Church took part in all Congresses of Leaders of World and Traditional Religions.

The role of leaders of world and traditional religions in social and spiritual life in the post-pandemic period will be on the agenda at the next forum.

“Religious leaders can help to understand the lessons of the pandemic and how to deal with its consequences. The pandemic has revealed many problems including poverty, inequality, poor healthcare services in many countries, environmental and other issues. Consumer priorities should be reconsidered and spiritual and moral values ​​should be a priority,” he added.

The parties also discussed the situation in Afghanistan, global climate change and other issues.

The first Congress of the Leaders of World and Traditional Religions was held on Sept.23-24 in 2003. Its main mission is to strengthen the traditions of inter-religious and inter-confessional dialogue in the form of inter-religious congresses.