NUR-SULTAN – Educating children at a young age about the importance of protecting our environment in any possible way will eventually lead to the behavior becoming part of their second nature once they are adults. That is the essence of the Eco Asar (eco impact from Kazakh) environmental campaign that brought nearly 300,000 schoolchildren from across the country to collect recyclable materials, reports Operator ROP, a government-owned company tasked with facilitating waste management and waste collection mechanisms in the country.

The campaign features other activities as well, such as environmental classes. Photo credit: Operator ROP

Schoolchildren and kindergarten students from seven cities – Nur-Sultan, Aktau, Karaganda, Temirtau, Ust-Kamenogorsk, Semei, and Petropavlovsk – are participating in the campaign.  They collect waste paper, plastic, and glass and submit them for recycling through the EcoQoldau (EcoSupport from Kazakh) mobile application with a chance to get a ticket for a theatrical play at the Pupils’ Palace in the capital.

They also attend lectures on the separate collection of municipal solid waste in the format of integrated lessons and quest games.

As part of the campaign, 500 schoolchildren and their parents from Nur-Sultan have been keeping records of how much waste their family produces for two weeks. They have also been sorting their waste, weighing it, and taking it on camera and only then sending it for recycling. 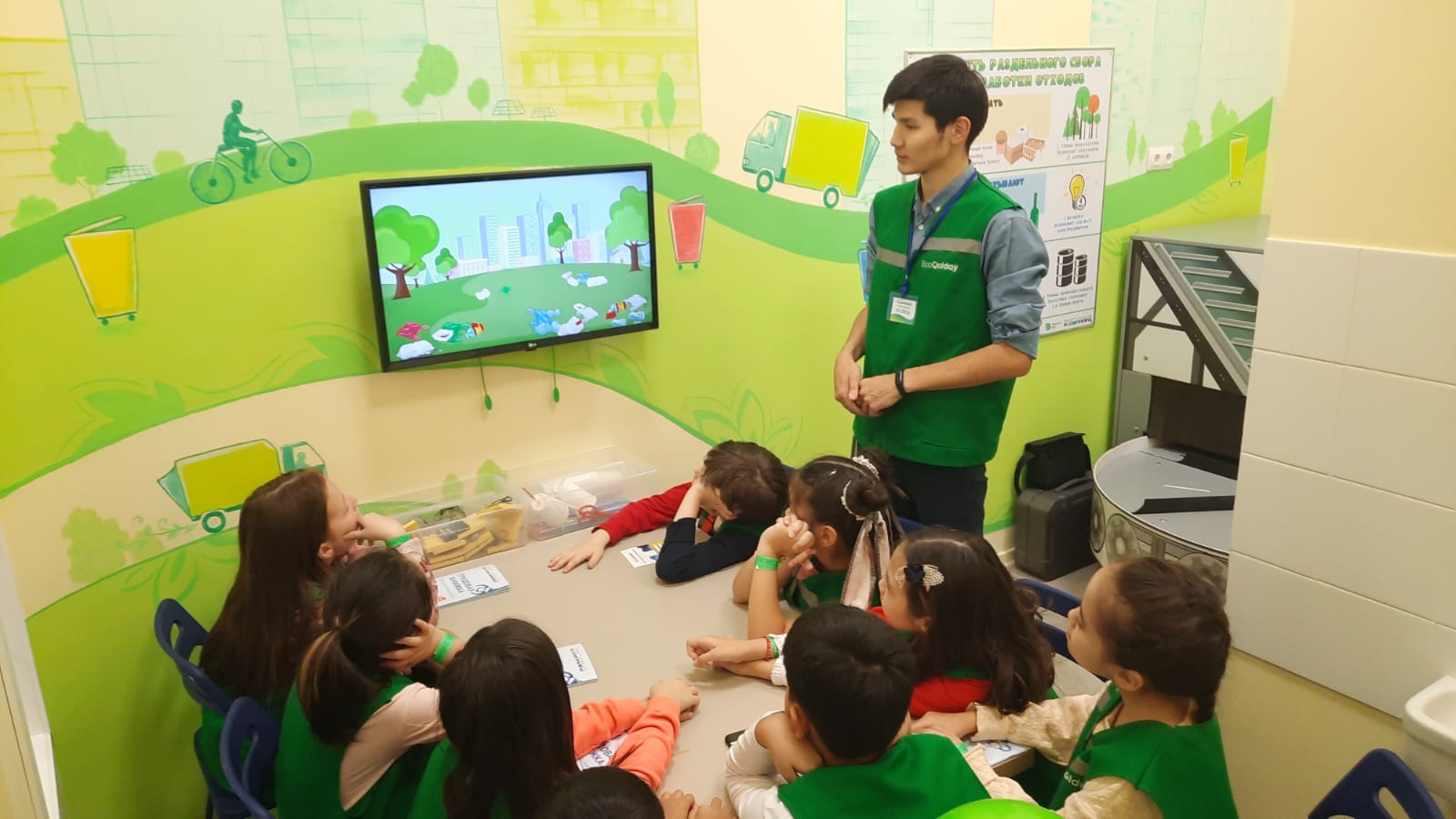 The Eco Asar marathon began in the capital in 2020 as a pilot project and in one year alone, the city’s schoolchildren and kindergarten students collected and handed over for recycling 99,253 kilograms of waste paper, plastic packaging waste, and glass.

The funds raised from recycling – 2.87 million tenge (US$6,525) were used to purchase notebooks for children from low-income families, plant greenery in schools, and buy 2,115 kilograms of food for homeless animals. 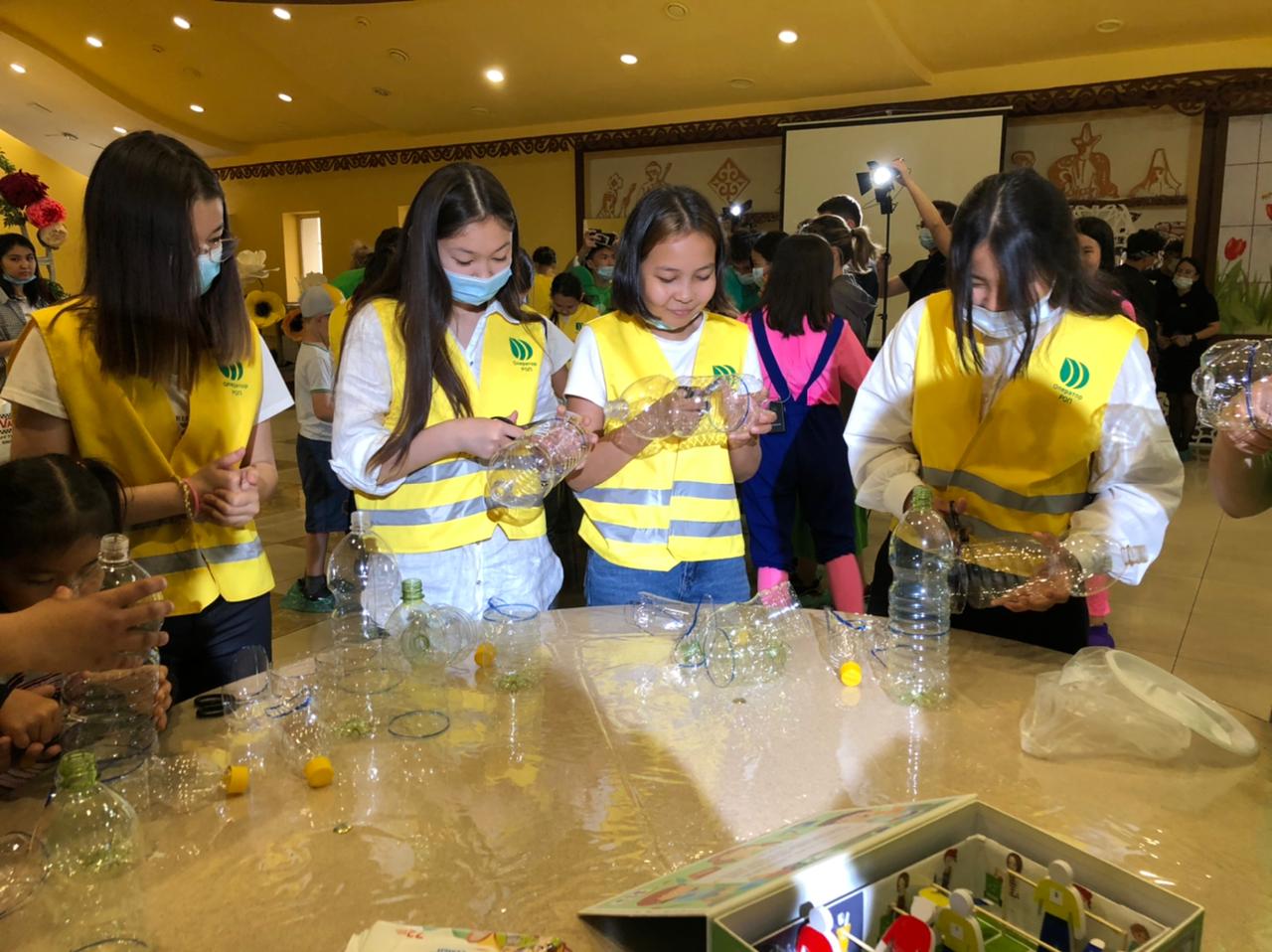 The company plans similar activities in the near future. Photo credit: Operator ROP

The need to focus on educating children and young people to care about the environment has been repeatedly voiced by President Kassym-Jomart Tokayev. In July 2020, he told the government to introduce a new subject in schools – environmental education.

Every year, Kazakhstan produces nearly five million tons of household solid waste, but less than 16 percent of it is recycled. There are nearly 3,300 household solid waste disposal facilities in the country, and only 601 of them comply with environmental and sanitary standards showing the urgent need to reform the legislation and people’s attitude towards the environment.