By Staff Report in International on 26 November 2021

NUR-SULTAN – The mutual trade of the Shanghai Cooperation Organization (SCO) member states increased by nearly 40 percent in the first seven months of 2021. This was announced by Kazakh Prime Minister Askar Mamin, who chaired the 20th anniversary meeting of the SCO Council of Heads of Government on Nov. 25. 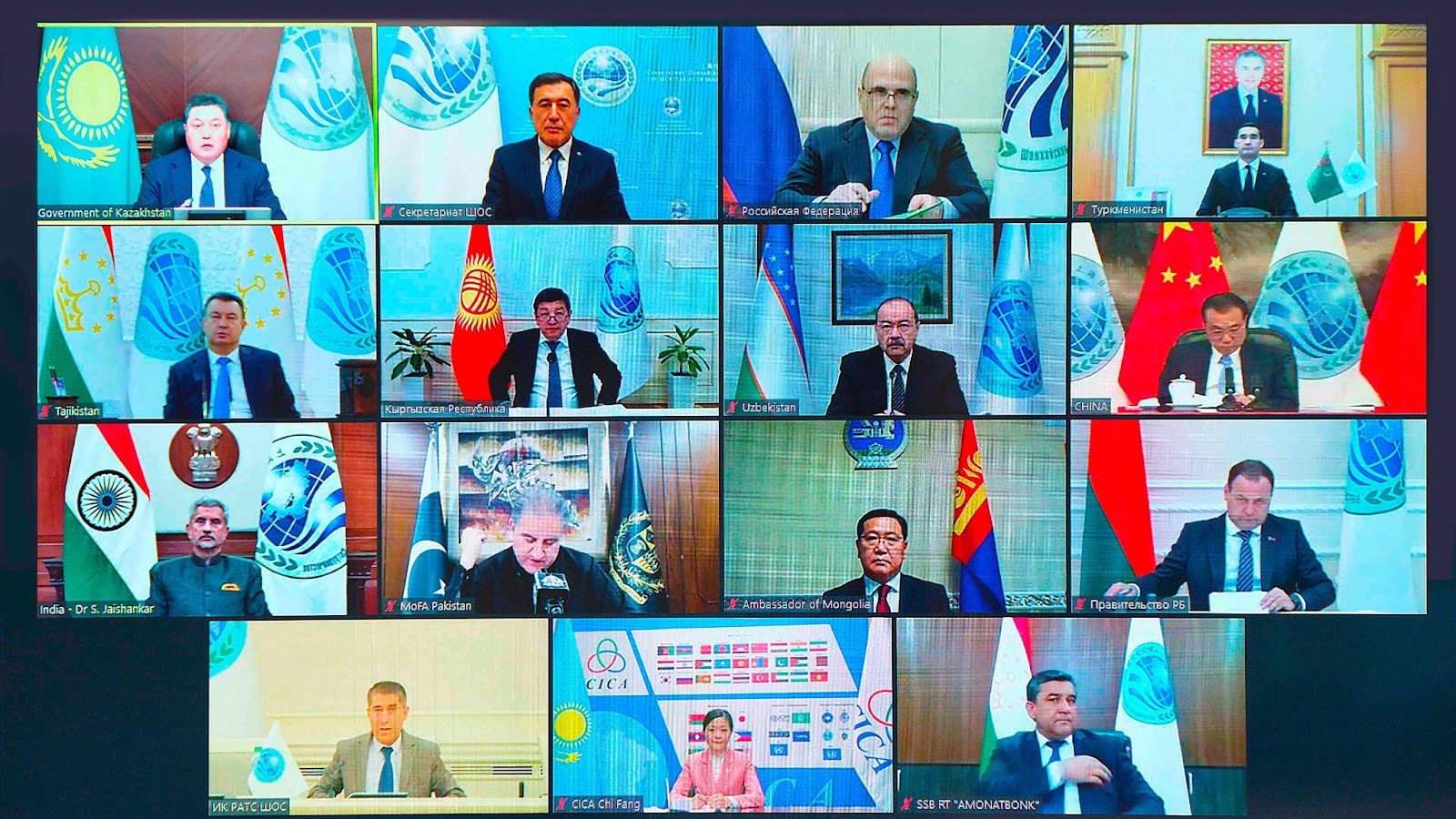 The event was held virtually.

The implementation of the Program of Multilateral Trade and Economic Cooperation of the SCO Member States observed a progress this year, reported the Kazakh Prime Minister’s Office.

The trade turnover of Kazakhstan with the SCO member states grew by 19.1 percent this year compared to the same period in 2020 and reached $36.5 billion.

The Kazakh Prime Minister proposed to launch a food security reserve among the SCO member states and a food investment fund, and to intensify work on the implementation of the SCO Green Belt Program.

Further integration of the SCO member states into the Eurasian trade and commodity distribution system initiated by Kazakhstan was also brought up and discussed.

The transit and transport sector within the SCO also showed positive results. This year, approximately 883,200 twenty-foot equivalent units (TEUs) were transported through Kazakhstan to Central Asia, the countries of the Persian Gulf, Europe, the Far East, and along the Trans-Caspian route, which is 25 percent more than the same period last year. The transit container traffic in the direction of China-Europe-China increased by 36 percent and reached 604,500 TEUs.

“The Belt and Road Initiative, the programs initiated by the Kazakh government, and the development of transport infrastructure as part of the SCO Development Strategy 2025 will contribute to the integration of our countries and build up the potential for the output of the value to the markets of third countries,” said Mamin.