By Saniya Bulatkulova in International on 15 November 2021

NUR-SULTAN – Kazakh President Kassym-Jomart Tokayev proposed to establish the Center for Modern Technoparks of the Turkic organization along with the International Consortium for hydrogen production during the eighth Summit of the Cooperation Council of Turkic Speaking States. The summit was held on Nov. 11-12 on an island southeast of Istanbul, reported Akorda.

The summit was held on Democracy and Freedom Island in the Sea of Marmara. Photo credit: Akorda.kz

Tokayev also proposed to organize a special forum for young experts working in the IT field next year. As he explained, this event may be held in Astana Hub, the Kazakh international technopark of IT startups, which has earned more than $375 million and attracted $132 million of investments over the past two and a half years.

The participants gathered to discuss the “Green Technologies and Smart Cities in the Digital Age” issue.

The Turkic Council was formed in 2009 to promote cooperation among Turkic-speaking states. It consists of Azerbaijan, Kazakhstan, Kyrgyzstan, Turkey and Uzbekistan as member countries and Hungary as an observer state.

“We have successfully passed a difficult period of our development and strengthened friendly relations between our countries. This year alone, we have met twice, and the summit was held at a high level. This all means we have established an inviolable brotherhood,” said Tokayev, pointing out that the people of Kazakhstan, Azerbaijan, Kyrgyzstan, Uzbekistan and Turkmenistan celebrate the 30th anniversary of their Independence this year. 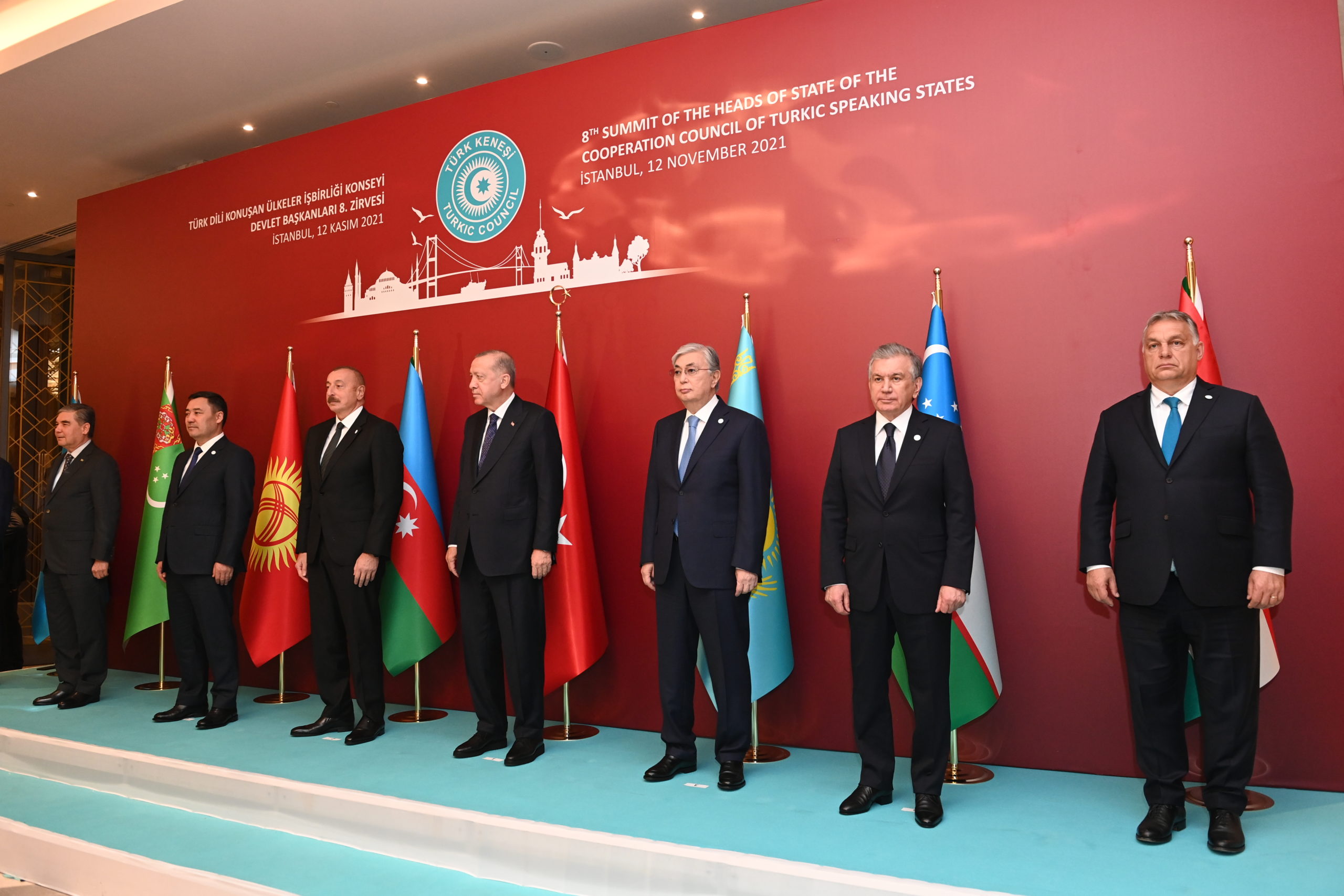 He also marked a number of priority areas on which the Turkic countries could work jointly.

According to him, the first one is use of renewable energy sources, which is mentioned in the Kazakh concept of transition to the green economy:

“Within the next ten years, greenhouse gas emissions will be reduced by 15 percent. We intend to plant two billion trees on 500,000 hectares before 2025. We also increased the share of renewable energy use in the country to 3 percent. By 2030, this indicator will rise to 15 percent. The International Green Technology and Investment Center was opened in our capital to achieve these goals.”

Tokayev said the development of hydrogen energy, which is globally considered to be a new type of clean fuel, is the second priority.

As he noted, Kazakhstan has the necessary scientific capacity and qualified experts to create an industrial cluster of “green” hydrogen energy extraction.

He offered to create an International Consortium that will consolidate the efforts of the leading scientific institutions of countries participants.

“This structure will develop new technologies for the production, storage and transport of hydrogen. Thanks to the consortium, our scientists will be able to gather and share their experience and knowledge.”

Tokayev called for a search for cooperative solutions to such important issues as global warming, water and food security, and the effective and equitable use of transboundary water resources. As these problems exist in all adjacent countries, Kazakhstan will support joint construction of hydraulic structures.

The President defined the development of the green capital market for implementing projects concerning green technologies as the fourth task.

“The volume of green bonds has increased 20-fold and reached $2 trillion over the past ten years. Kazakhstan also started to develop the bond market, and its volume has exceeded $100 million this year. This work is carried out by the Astana International Financial Center and Kazakhstan Stock Exchange,” said Tokayev, stressing that the country is willing to place green bonds of Turkic countries on these platforms.

He also marked the increase of the urban population as an important problem, which requires the attention of Turkic countries. According to the United Nations Department of Economic and Social Affairs (DESA) the proportion of the world’s urban population will reach 68 percent, necessitating an improvement in the quality of services provided in cities.

The Council members also took decisions on the functioning and future of the organization. The most important ones among them were changing the name of the Council to the Organization of Turkic States and the adoption of a “Vision Document” for the next two decades.