By Saniya Bulatkulova in Sports on 8 November 2021

NUR-SULTAN – A Kazakh breaker Amir Zakirov (B-Boy Amir) won the Red Bull BC One championship, the most prestigious one-on-one breaking competition in the world, which took place in Gdańsk (Poland) on Nov. 6-7, reports the National Olympic Committee press service. 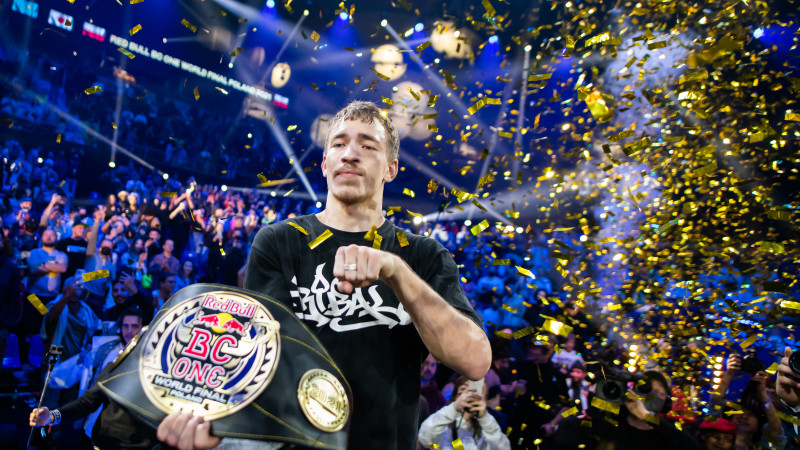 As the champion said, he will continue to train with his team and pupils. Photo credit: Instagram account of Red Bull BC One.

Breakdancing is an athletic style of street dance, which became an official Olympic sport in 2020, and was included in the 2024 Paris Games program.

Zakirov was recognized as the best among 16 elite breakers, who gathered to showcase their skills and battle for ultimate supremacy. He opposed Phil Wizard (Philkwizard) from Canada in the decisive battle.

“I feel a power inside me, and I’m very glad I was able to demonstrate it here on the final stage. The most difficult thing for me is meeting the expectations of my team, friends and family. It is a great support, but also a great responsibility. I do a lot of work – my training usually consists of 10 rounds. I have my own strategy for the battle preparation: I examine participants and their style,” said the championship winner.

As he noted, he always focuses on the complexity, density and originality of the movements, so that the viewer won’t have time to rest and remain excited to keep watching.

Zakirov, aged 23 years old, was born in Petropavlovsk, but he has been living in Moscow for the last three years. Since 2009, he has been dancing in the Russian Predatorz Crew team. He has already proved his talent by winning the Legits Blast solo battle in Prague in 2020 and later in Unbreakable and Red Bull BC One Cypher Kazakhstan tournaments in Kazakhstan in 2021.