By Staff Report  in International, Kazakhstan’s Independence: 30 Years on 1 November 2021

Editor’s note: Since 1991, when Kazakhstan gained its independence, multivector foreign policy has become a major part of Kazakhstan’s unique path of development. Surprising for many, the country has managed to establish and maintain friendly relations with many countries, and the recent analytical piece published on inbusiness.kz, a popular online news outlet, translated from Russian, goes into detail about Kazakhstan’s strive to maintain strong ties with Turkic-speaking states through its initiative to establish the Cooperation Council of Turkic-speaking States, more known as the Turkic Council. 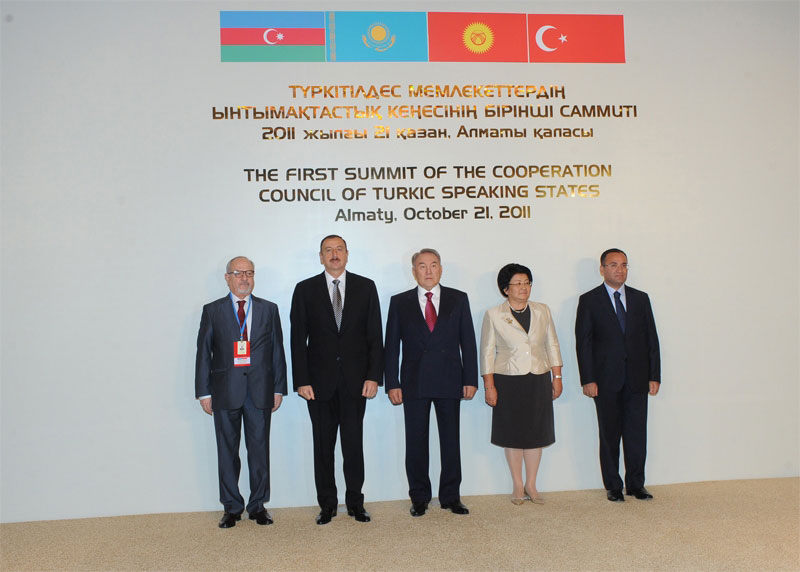 Oct. 21 marks the 10th anniversary of the first summit of the Cooperation Council of the Turkic-speaking States held in Almaty in 2011 and was initiated by Kazakhstan’s First President Nursultan Nazarbayev. The Turkic Council is an international organization, uniting the modern Turkic states, with the main goal to develop comprehensive cooperation between the member states.

The organization has its own, rather complicated history. After the collapse of the Soviet Union, the first meeting of Turkic-speaking states convened on Oct. 30, 1992, in Ankara and gathered the leaders of Turkey, Azerbaijan, Kazakhstan, Uzbekistan, Kyrgyzstan, and Turkmenistan on the initiative of Turgut Ozal, then President of Turkey. At that summit, the participants announced the establishment of political and economic unity.

On July 12, 1993, in the then capital of Kazakhstan, Almaty, an agreement on the establishment of the International Organization of Turkic Culture was signed. The precondition for the unification of Turkic people was, on the one hand, the collapse of the Soviet Union and, on the other hand, the historical and cultural aspiration of Turkic-speaking people for unification. But this drive has profound cultural roots.

From the earliest times of the origin of Turkic ethnos, when in the words of medieval Arab writer ‘Glory to Allah, in the lands of Arabs, Persians, and Russians, the last word belongs to Turks!’ the words of great Turkic rulers Bilge, Bumyn, and others, carved on stone reached us. These words were bequeathed to preserve the greatness of the Turkic people, their unity, and their historical legacy. These precepts still excite the soul of the divided Turkic people who desire unity. They are reflected in the words of Bilge Khan (ruler), the fourth ruler of the Second Turkic Khaganate;

I was a people with a state,

But where are that state and its glory now?

I was a people who had my khan (ruler),

But where is that khan now?

At the turn of the century, prominent Turkic educator Ismail Gaspraly proclaimed a formula for successful interaction among Turkic-speaking peoples – unity in thought, language, and deed. He published a newspaper named Terjuman, which contributed to the awareness of pan-Turkic identity. Kazakh philosopher and poet Shakarim Kudaiberdyuly, who was a follower of Abai Kunanbayev, called Ismail Gaspraly one of his spiritual teachers along with Abai and Lev Tolstoy.

An important cultural and educational movement among Russian Muslims was Gaspraly’s initiative to introduce new-methodical schools throughout the Turkic-Muslim world, which opened secular prospects for the education of Turkic-speaking peoples and, consequently, brought these peoples onboard the path of modernization.

There were also followers among the Kazakh enlighteners of the new generation – Mustafa Shokai, who published the magazine “Yash Turkestan” (Young Turkestan) for Turkic emmigres, and a group of journalists with the magazine “Milli Turkestan” (National Turkestan).

The call for the unity of the Turkic peoples was also reflected in the works of  famous Kazakh poet Magzhan Zhumabaev, who dedicated his famous poem “Alystagy Bauyryma” (To My Distant Brother from Kazakh) to the struggle of the Turkish people for their independence:

“My brother, who suffered far away,

My brother, who weathered like a flower in a dessert,

My brother, who shed tears from grief,

My brother is in great sorrow

My brother, whose life has suffered

My brother is robbed alive.

After the Kazakh autonomy of Alash was dismantled by the Soviet regime, Magzhan Zhumabaev, who cherished hope for the unity of the Turkic peoples, was repressed along with other Kazakh intellectuals.

In 2001, 63 years after the death of the Kazakh poet, Turkish poet Feyzullah Budak wrote a poem as a response to Magzhan Zhumabaev, where he said:

My brother who knows my struggle from afar,

My brother who wiped my tears with his love,

Essence in the midst of the implacable enemy,

My brother, who devoted his heart to my troubles.

I am overwhelmed, brother,

You always knew the stone-hearted enemy,

And now I am aware too.

A loose translation of an author

The first meeting, where the organizational countdown of the Cooperation Council of Turkic Speaking States began, took place 10 years ago on Oct. 21 in Almaty. The summit resulted in the signing of the Almaty Declaration that underlined the Turkic Council’s main goal to strengthen cultural, humanitarian, scientific, and technical cooperation among Turkic-speaking states. The Turkic Council is an association of the Turkic-speaking States, which is not directed against the interests of any third country. The Turkic Council is an initiative open for other interested Turkic states to join as well.

Historically, Nursultan Nazarbayev first suggested the idea of creating the Council, which included Azerbaijan, Kazakhstan, Kyrgyzstan, and Turkey, back in 2006.

The creation of the new organization took place in several stages. The Turkic Council was set up to facilitate the integration of the member states that envisioned, besides the discussion of cooperation issues, seeking solutions to the problems of interaction in the key areas of development of the fraternal states.

Back then, Nazarbayev thought of the Turkic Council as a geographical and energetical link between the East and the West.

Driven by the goal of strengthening ties between the countries, Nazarbayev, who has been a strong supporter and inspiration for the Turkic vector of Kazakhstan’s foreign policy, initiated the process of transition of the Kazakh alphabet from the Cyrillic to the Latin alphabet.

Our countries are now making efforts to find their own unique image of national and civilizational identity.

Kazakhstan is facing a peculiar cultural dilemma, where the Turkic vector takes on a special meaning. It seems that if we investigate a deeper historical retrospective, Turkic self-identification had a fundamental importance for the formation of Kazakhs statehood. Hence, the pivotal point of Kazakhstan’s foreign policy is the awareness of our people of its Turkic roots and the priority of establishing close political and socio-cultural relations with the Turkic world.

Despite its consultative and advisory nature, the Council has significant resources and the capacity to effectively defend the interests and values of Turkic-speaking people in the world.