NUR-SULTAN – Kazakhstan’s Majilis, the lower house of the country’s Parliament, adopted a draft law on the Ombudsperson for Human Rights in Kazakhstan, as well as legislative amendments to define at the legislative level the legal status of the Ombudsperson, and the principles and guarantees of their activities, reports the Majilis press service. 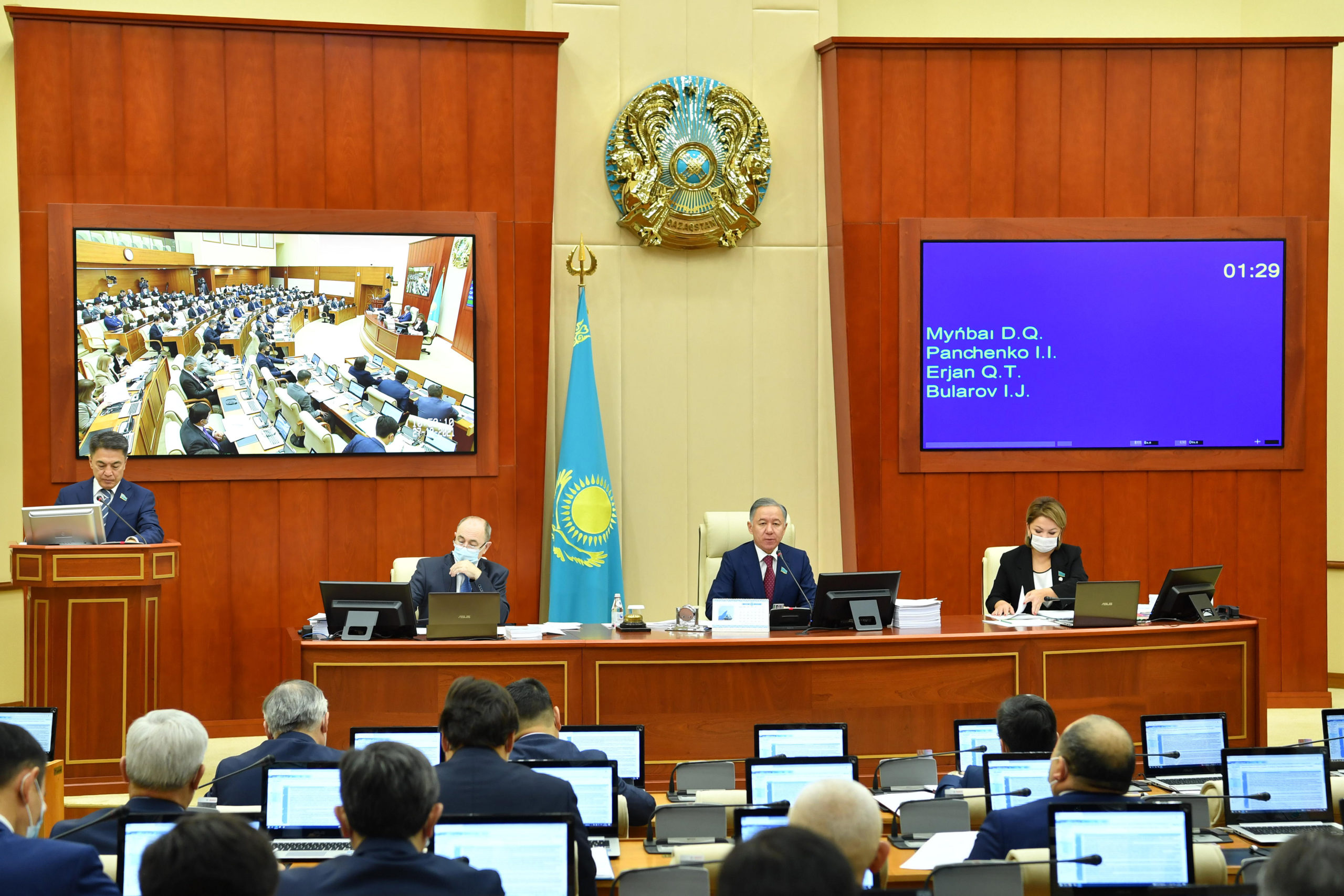 International human rights organizations had previously called on Nur-Sultan to modify the ombudsperson institution in line with the Parisian Principles regarding the stance of national institutions for the promotion and protection of human rights. Photo credit: Majilis press service

“The draft law on the Ombudsperson for Human Rights was developed as part of the third package of political reforms initiated by the Head of the State,” said Majilis Chair Nurlan Nigmatulin at their plenary session on Oct. 27.

Nigmatullin said that the legal status of the Ombudsperson, who, according to the draft law, will be elected on a five-year term, is now clearly defined by law, including a special procedure of bringing criminal or administrative responsibility. The powers to restore violated human rights have been considerably expanded.

Among the novelties of the draft law is the stipulation that the Ombudsperson can initiate legislative amendments, may not be involved in political activity, and civil service or any other paid activity, except for scientific and creative activities, and will have guarantees of immunity, including criminal or administrative liability imposed by a court of law, no interference in his or her activities and imposition of any functions not foreseen by law, as well as no influence in any form to prevent the Ombudsperson from exercising her or his powers.

“The Ombudsperson may apply to authorized government agencies or officials with a request to initiate disciplinary or administrative proceedings or criminal proceedings against a person who has violated human and civil rights and freedoms. The powers also include the ability to apply to the court with a statement of claim to protect the rights and freedoms of an unlimited range of persons violated by the decisions or actions (inaction) of a state body, local state administration and self-government bodies, officials, civil servants,” said the Majilis press service.

The institute of the Ombudsperson will also have 17 regional representative offices across the country.

Nigmatullin said that by adopting the draft law, the country “has made another important step to strengthen the institution of Ombudsperson for Human Rights, which is a kind of a link between the state and civil society.”

According to him, the development of the draft law involved representatives of all political parties, civil society, and experts.

“All proposals and comments that were discussed at the meetings of the working group at the plenary session today will be carefully analyzed before the second reading. They are important not only for the Human Rights Ombudsperson Institution but for the entire civil society,” he said.