By Staff Report in Central Asia on 27 October 2021

NUR-SULTAN – Kazakhstan has provided a humanitarian transit corridor for Afghan female judges and members of parliament and their families, according to an October 26 report by the Kazakh Ministry of Foreign Affairs. 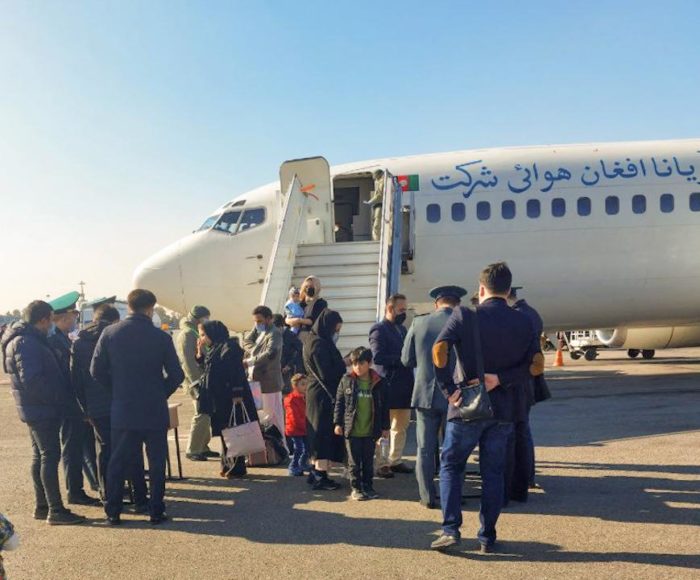 “Based on Kazakhstan’s commitment to its international humanitarian obligations, President Kassym-Jomart Tokayev has decided to provide a transit corridor for Afghan women,” reads the release.

It is reported that the transit was carried out in cooperation with international non-governmental organizations through the Almaty airport for further flights to third party countries.

Lyazzat Ramazanova, the chair of the National Commission for Women, Family and Demographic Policy of Kazakhstan, said that the security of Afghan women is one of the key issues in Central Asia.

“The opportunity to leave the places of tension and hostilities for Afghan women is one of the initiatives declared by Kazakhstan. The National Commission for Women, Family and Demographic Policy of Kazakhstan intends to continue to promote issues of strengthening peace and security in the Central Asian region,” Ramazanova wrote on Facebook.

Ramazanova also recalled that Kazakhstan called on women leaders of all countries to pay attention to the situation of women in Afghanistan at the third Eurasian Women’s Forum, which was held Oct.13-15 in St. Petersburg. “The international community should not leave them alone at this turning point with the current difficulties.”

Earlier, Kazakhstan dispatched 5,000 tons of flour to Afghanistan as a humanitarian aid at the instruction of President Tokayev. The country also expressed readiness to provide its domestically-developed QazVac vaccine to Afghanistan.

This August, the personnel of the United Nations Assistance Mission to Afghanistan (UNAMA) and of other UN agencies accredited in Afghanistan were temporarily relocated to Almaty.