Kazakhstan Celebrates 30th Anniversary Since Its First Flight Into Space

By Saniya Bulatkulova in Kazakhstan’s Independence: 30 Years, Nation on 4 October 2021

“The country’s first astronaut Toktar Aubakirov flew into space 30 years ago. This event marked the beginning of the space exploration program of Kazakhstan. Today, space exploration serves the interests of our people and our national economy,” said the President on his Twitter.

Oct. 2, 1991 has become a historic day both for Kazakhstan and Austria as the two countries sent their first people into space together for the first time.

On that day, Toktar Aubakirov as flight commander, Alexander Volkov and the Austrian research cosmonaut Franz Viehböck launched on board of the Soyuz TM-13 from the Baikonur Cosmodrome. The launch was not easy emotionally or technically – there was a flight commander and two novice research astronauts for the first time instead of commander, flight engineer and researcher. 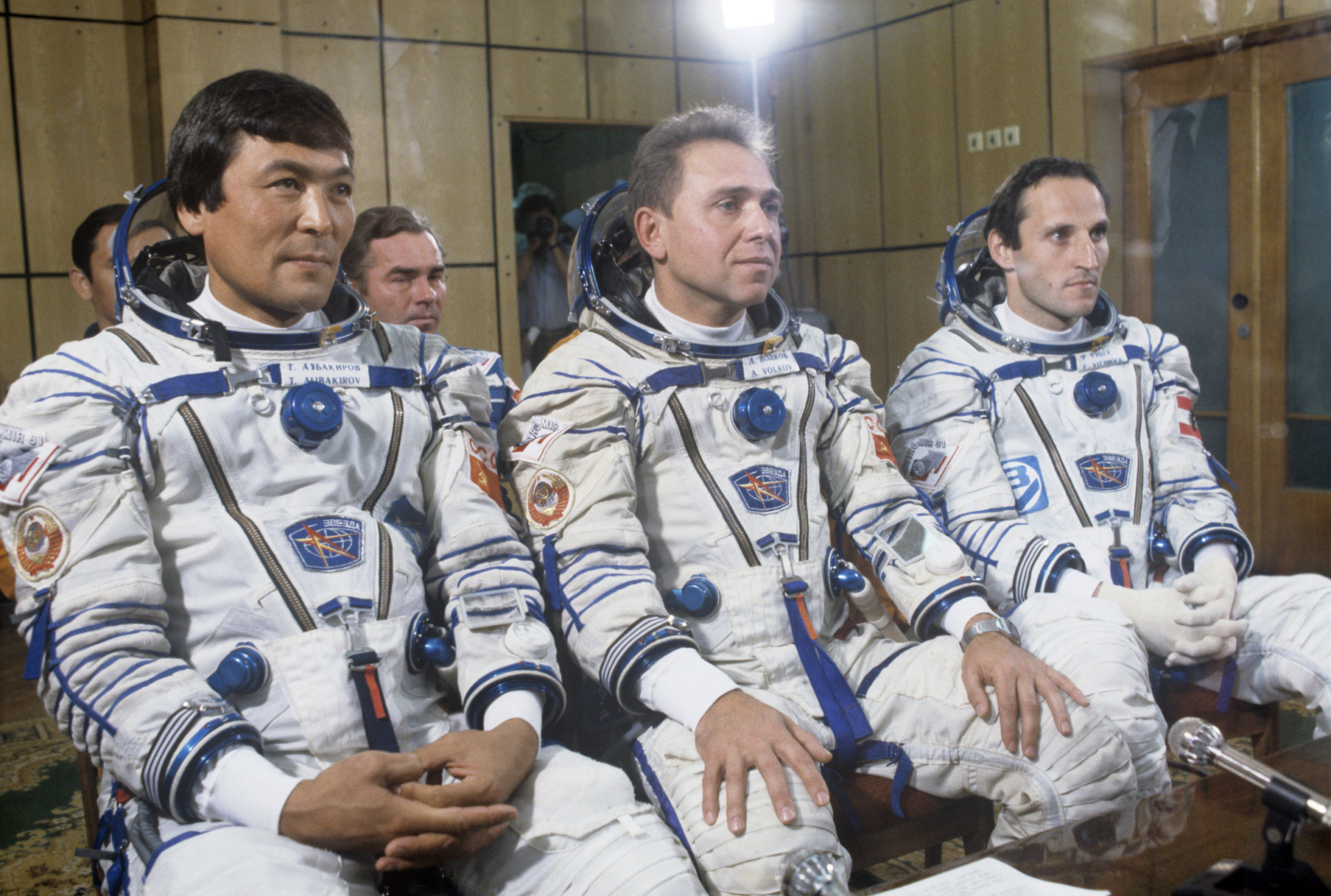 In fact it was the Soviet-Austrian crew: Volkov was the 60th cosmonaut in the USSR, Aubakirov was the 72nd, and as it turned out later, the last Soviet astronaut. Photo credit: sputnik.kz

Upon the invitation of Nursultan Nazarbaev, Kazakhstan’s First President, heads of the former Soviet Union countries as well as Austrian Chancellor Franz Vranitzky arrived at the Baikonur cosmodrome to congratulate Kazakhstan with its space breakthrough.

Toktar Aubakirov, being a test pilot, was the first person to make a nonstop flight crossing the North Pole to take off from the Tbilisi aircraft-carrier on a MiG 29K in the Soviet Union. He is the last astronaut of the USSR and a retired Kazakh Air Force officer.