NUR-SULTAN –“Akyn” (“Poet”) is a film directed by Kazakh director Darezhan Omirbayev. It will premiere at the 34th Tokyo International Film Festival, which will be held from Oct.30 through Nov.8. The film will be presented among 15 other films from China, South Korea, Japan, Iran and Azerbaijan. 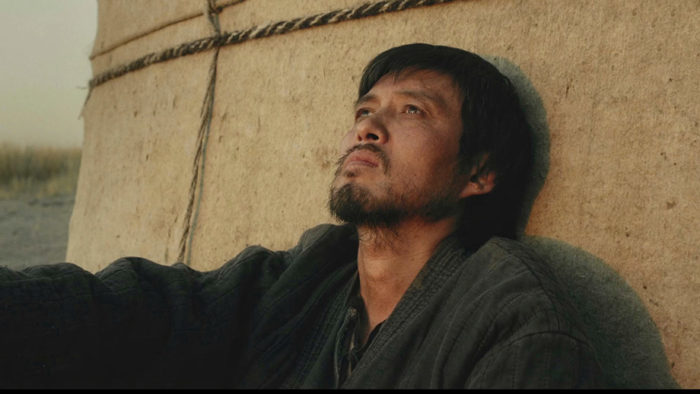 A scene from “Poet” film. Actor Yerdos Kanayev plays the main character of the film Didar.

“Akyn” tells the story of a Kazakh poet who struggles with the fear of being irrelevant and misunderstood in a modern society where mass interest in literature, books and poetry is gradually fading away. The script was based on the story of German writer Hermann Hesse  “The Author’s Evening.”

In his interview with film critic Karim Kadyrbayev Omirbayev shared that he came across the story “The Author’s Evening”during his trip to Locarno. It was a story about a writer attending an event honoring his work. “The author expected to be greeted by an excited audience, but found only an empty hall…,” said Omirbayev.

He also shared in the interview that he wanted to raise two problems in the film: first is the fear of being misunderstood, which every creative person faces, and the second is the risk of the Kazakh language becoming extinct in the future. The last problem worries the director because in a globalized world many small nations’ languages are being replaced by other more widely used languages. Ninety percent of the film will be in the Kazakh language.

The previous works of Omirbayev were noticed at the Locarno and Venice Film Festivals. His crime drama “Killer” was awarded at the Cannes festival with the nomination Un Certain Regard (A Certain View) in 1998.