By Saniya Bulatkulova in Society on 24 October 2021 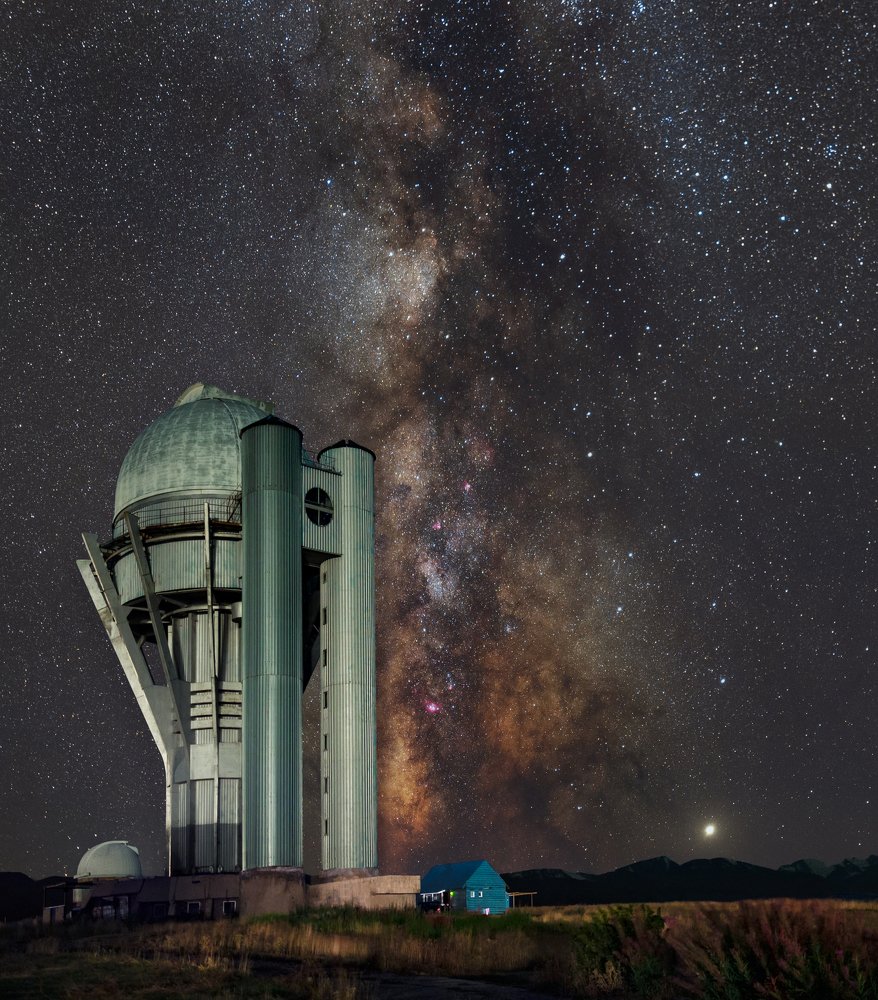 Evgeniy Bondar took the camera in 2016 to capture celestial bodies and showcase his creations to the world. Photo credit: 35awards.com.

This year, more than 123,000 photographers from 173 countries participated in the contest.

The 35AWARDS is an international award established by the creators of 35photo.pro professional photo-community in 2015. The professional jury, which consists of more than 50 people, determines the best authors and photos taken throughout the year in various categories. Both amateurs and professionals from all over the world can take part in the competition.

Bondar sent four photos during a monthly mini-contest in September. All sent pictures ranked in the “Top 2 percent” among all photographers, while “Iron Edelweiss” photo ranked “Top 3 percent” along with other works.

He was the only participant from Kazakhstan who entered the Top List.

“I managed to take that photo during one of the amateur astronomers’ rallies, which was held at the Assy-Turgen Observatory in the Almaty mountains. It took several hours that night to capture the magnificent Milky Way in front of the observatory,” said the photographer.

Bondar first tried his hand at photography in 2019. He was pleased with the result and decided to participate every year.

“I sent nine pictures for the Landscape-night nomination in 2021. One of my works reached the third stage. It must be said the third one was the toughest in terms of selection. Now my picture will adorn the electronic catalogue,” the photographer added.

Bondar regularly participates in astronomical forums and wins prize places. His goal is to someday become one of the winners of the annual 35AWARDS competition.