By Saniya Bulatkulova in Kazakhstan Region Profiles: A Deep Dive Into the Heart of Central Asia, Society on 31 October 2021

NUR-SULTAN – The AlmaFest: Tekeli Apple Festival took place Oct. 23 in the town of Tekeli near the Dzhungar Alatau mountains in the Almaty Region, honoring the significance of apples for the country’s people, reports the region’s press service.

Sievers’ apple (lat.) got its name after a St. Petersburg botanist Johann Sievers, who first described it during an expedition to the Russian Altai, Siberia and Central Asia in 1792-1794. Photo credit: kokzhailyau.kz. Click to see the map in full size.

Tekeli is known for its apples, including the Sievers’ apple trees, which is an indigenous Kazakh species.

The festival featured an exhibition where school children presented their creative works, including apple desserts.

The event was organized by the Qogamdyk Kelisim government institution, Tekeli city administration and the Center for Kazakh culture, customs and traditions, and is meant to instill love and patriotic feeling to the motherland among the younger generation. 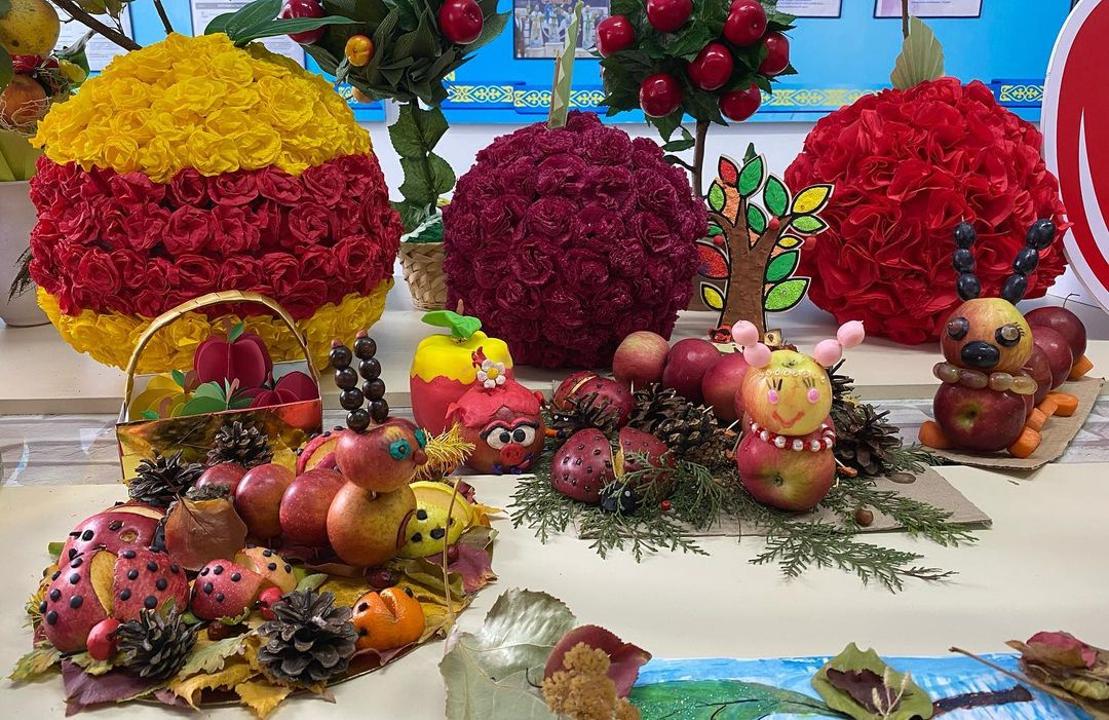 A quarter of all known homegrown apple varieties (about 2,500) are derived from Sievers’ apple. Photo credit: press service of Tekeli city administration.

“The history of our native land, the country and the city is taught at schools, but whether our children will grow up decent homeland protectors, whether they will become well-educated individuals, whether they will know the history, customs and traditions of its people – this all depends on how we speak about the topic with pupils,” said local teacher Batima Zhakanova.

“Almaty” means grandfather of apples from Kazakh, and Kazakhstan is considered to be a place where the most ancient apple species was found according to several scientific studies.