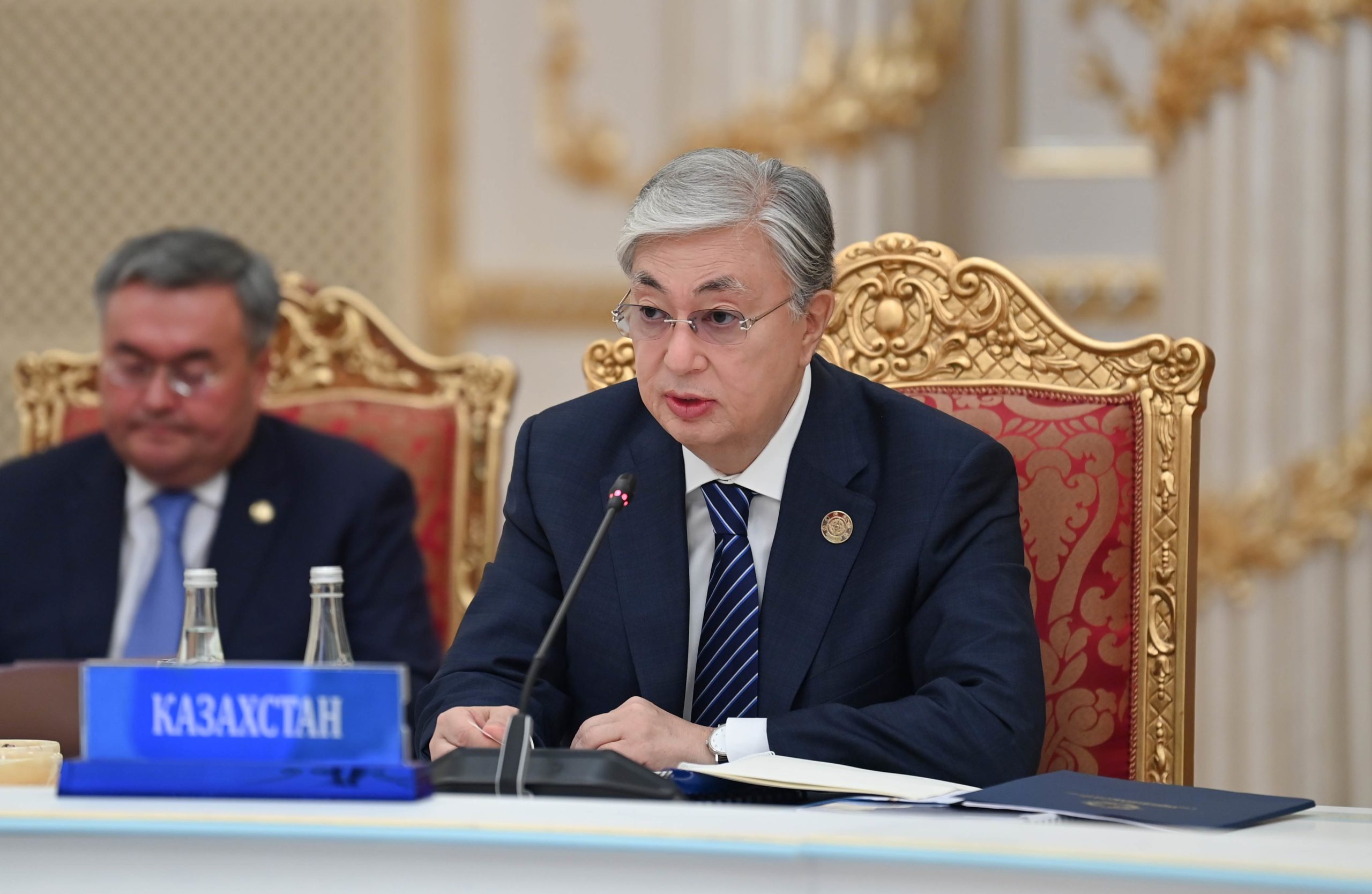 The leaders spoke about the situation in Afghanistan, as well as international and regional security issues, summed up the implementation of priority activities of the organization in 2021, and identified plans for the upcoming period. 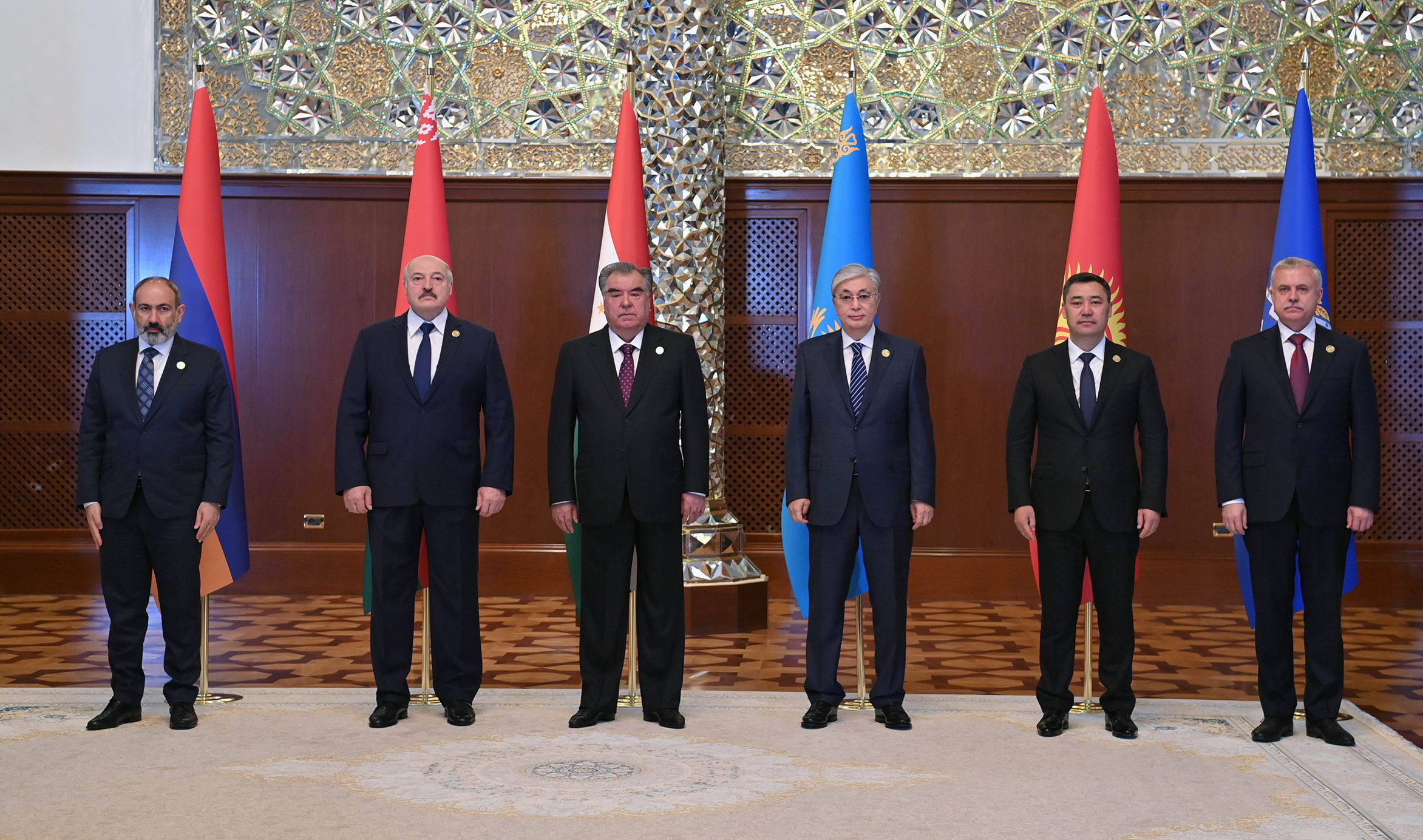 “At the extraordinary session of the Collective Security Council in August, we discussed the challenges and threats posed by the drastically changed situation in Afghanistan in detail. Kazakhstan supports the approaches and proposals voiced at that meeting. We are ready to work specifically on their implementation. We think Tajikistan’s initiative to set up an operational monitoring group is timely. This is necessary to organize cooperation among the competent bodies of CSTO member states to monitor the situation in Afghanistan,” said Tokayev.

He supported the CSTO’s common position on not accepting the stationing of Afghan refugees and foreign military bases on the territories of their countries.

Based on humanitarian considerations and the importance of providing international aid to the Afghan people, the staff of the UN field missions in Afghanistan has been temporarily relocated to the city of Almaty.

“According to our observations, the situation in Afghanistan is seriously destabilizing and fraught with civil war. A new interim government has been formed. Its composition and its intentions are assessed differently around the world. Of course, the formation of the new Taliban administration does not mean that stability will prevail in Afghanistan and that the necessary conditions for economic development will be created,” said Tokayev.

He warned of a looming humanitarian crisis in Afghanistan. According to UN estimates, some 18 million people could be impacted.

“I think it is important to restore the existing regional trade and economic, transport and logistics and energy links with Afghanistan as far as possible. I believe it is necessary to continue close monitoring of the activities of the new authorities to develop a long-term strategic policy towards Afghanistan. Our basic guideline is the expected decisions of the UN Security Council, to which Kazakhstan intends to adhere firmly,” he said, noting that preventing terrorist threats spilling over to neighboring countries, drug trafficking, and illegal migration is a priority.

Despite the deteriorating situation in Afghanistan, some changes in global geopolitics are positive, according to Tokayev, including the meeting of Russian President Vladimir Putin and U.S. President Joe Biden in Geneva.

It resulted in a “very important agreement on preserving the strategic balance between the two largest nuclear powers.”

During the meeting, Kazakhstan also supported the adoption of three international agreements – on jurisdiction and legal assistance, on logistical and medical support for CSTO troops, and on the protocol to the agreement on peacekeeping activities.

“All of them are significant, they have been thoroughly studied, and the positions of the parties have been taken into account. We support their signature. In the implementation of my proposal made at the December session, we are adopting a decision on the Special Representative of the Secretary-General for Peacekeeping. I am grateful to all partners for their support. I am confident that the establishment of such an institution will give an additional impetus to the work of our organization,” he added.

A day earlier, the delegation of Kazakhstan that included Deputy Prime Minister – Minister of Foreign Affairs Mukhtar Tileuberdi, Assistant to the President – Secretary of the Security Council Aset Issekeshev, and Minister of Defence Murat Bektanov, took part in a joint meeting of the statutory bodies of the Collective Security Treaty Organisation. The meeting participants discussed a wide range of issues relating to the current activities and development prospects of the CSTO.

The situation in Afghanistan and possible joint actions by CSTO member states in this area were also on the meeting agenda.