By Zhanna Shayakhmetova in Sports on 13 September 2021

NUR-SULTAN – Kazakhstan’s chess team took first place in Group A of the Top Division at the FIDE Online Chess Olympiad, reported the press service of the Kazakh chess federation. Now the team will compete in the playoffs, which will be held from Sept.13-15. 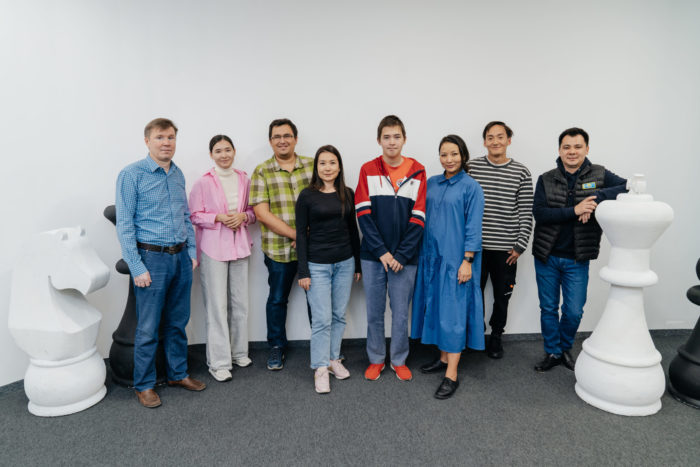 The national team of Kazakhstan has been nominated for the Top Division of the Online Olympiad, along with the best teams in the world – India, China, Russia, Ukraine, USA.

One of the sensations so far is Zhansaya Abdumalik’s win over Chinese chess grandmaster and four-time Women’s World Chess Champion Hou Yifan, who is currently ranked first woman in the world. This June, Abdumalik became the first ever female player from both Kazakhstan and Central Asia to receive the Man Grandmaster title.

The game took place in the fourth round of the online Olympiad. In this round Kazakhstan won three games out of six, and finished with a draw – 3.5-2.5. 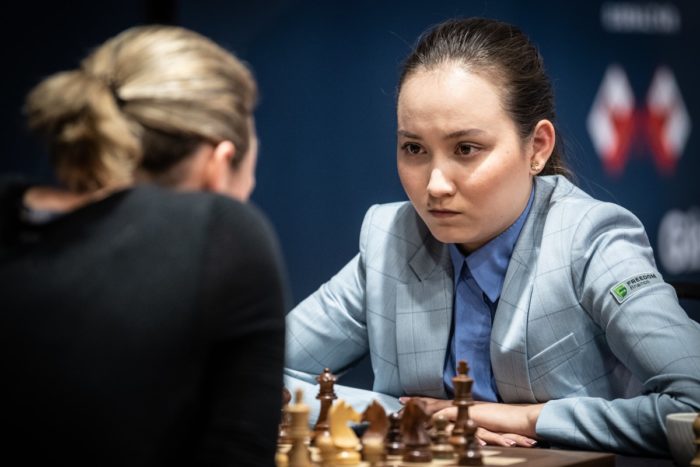 On the second day of the Olympiad, Kazakh chess players beat the team from China with a score of 3,5: 2,5. Kazakhstan also won over the Armenian and Greek national teams.

“It is truly incredible to observe the fantastic shape that several players of their team are in, especially Abdumalik and Assaubayeva,” reads the Chess.com website after Kazakhstan’s win against Greece 5.5-0.5.

In the final round of the group stage, Kazakh chess players won over the Mongolian team as well.

The Chess Olympiad is a biennial chess tournament organized by the International Chess Federation (FIDE). Some 163 national teams and more than 1,500 of the world’s best chess players take part in the competition.

Due to its high world ranking the national team of Kazakhstan has been nominated for the Top Division of the Online Olympiad, along with the best teams in the world – India, China, Russia, Ukraine, USA.

Some 40 top division teams divided into four groups took part in the online Olympiad. The top three teams from each group advance to the playoffs consisting of a qualifying round, quarter-finals, semi-finals and finals. The Online World Chess Olympiad is held online on the Chess.com gaming platform.