NUR-SULTAN – Kazakh Healthcare Minister Alexei Tsoy reported about the current epidemiological situation in Kazakhstan saying it shows signs of improvement compared to what the situation was at the beginning of August. 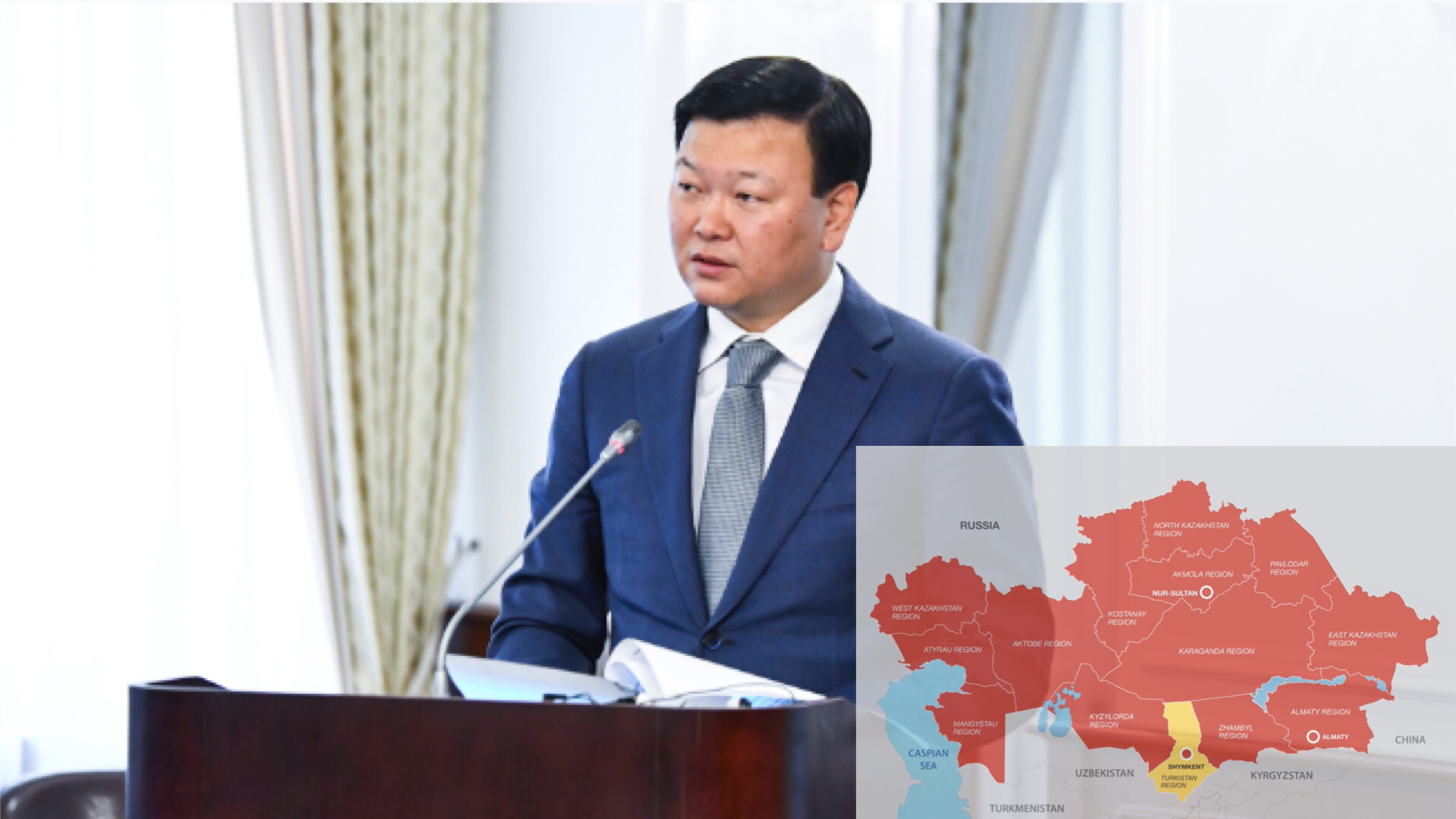 The incidence of coronavirus cases decreased by two percent over the past week. As of Aug. 18, the country confirmed 708,379 coronavirus and 66,381 coronavirus pneumonia cases.

“All regions except the Turkestan Region are in the red zone. Over the past three weeks, there has been a gradual stabilization of the epidemiological situation with a seven-day average of around 53,000 cases,” said Tsoy.

Regions in the red zone go into lockdowns on weekends with public transportation, dining venues, and other leisure and cultural facilities closed.

Daily cases have been on the rise in Kazakhstan since mid-July surpassing the record-high 7,000 cases. 120,313 people continue receiving treatment, including 30,123 patients in hospitals and 90,190 patients on the outpatient level.

Officials attribute the surge in cases with the circulation of a more contagious and transmissible delta variant, first identified in India in October 2020.

“The proportion of patients admitted to the intensive care unit in the first day was more than 40 percent. It is due to the spread of the contagious Delta variant. People continue self-treatment and apply for medical care late,” said Tsoy.

6.1 million people have received one dose of a COVID-19 vaccine, and nearly 4.8 million have been fully vaccinated.

While the situation remains far beyond the government’s projections, some regions lag behind in terms of the vaccination rate, including the Mangistau, Atyrau, Kostanai, and the West Kazakhstan regions.

“The regions are sufficiently supplied with vaccines. Vaccines are being delivered according to schedule. The first batch of Sinopharm vaccine from China has been delivered to all the regions. Deliveries will continue,” said Tsoy.

Besides the Sinophram vaccine, Kazakh citizens have a choice between the Russian Sputnik V vaccine and the locally produced QazVac vaccine.