The focus on birth rates misses the point, writes Alanna Armitage on today’s World Population Day (July 11). What matters is building countries where people want to stay, live and have families. 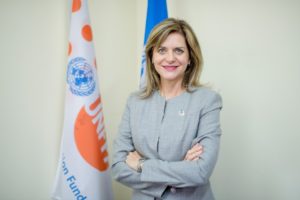 The COVID-19 pandemic may have accelerated, at least temporarily, the global trend towards lower fertility rates. Statistics from late 2020—nine months after the first lockdowns kicked in—show a sharp decline in the number of births in many European countries.

News about a COVID-19 “baby bust” has fuelled anxiety in some countries. The pandemic—and its impact on people’s reproductive choices—hit when fertility rates were already very low across Europe. In Eastern Europe, mass outmigration has added to the problem: people don’t only have fewer children, they leave their home countries in droves to find better opportunities elsewhere. As a result, populations have been shrinking. Since the 1990s, Bulgaria or Latvia, to name just two, have lost a quarter of their population.

We don’t know if birth rates will rebound after the pandemic. Historically, major crises have led to dips in fertility rates, but have generally been followed by an increase. Data compiled by Tomas Sobotka, a leading demographer, shows that birth rates in Europe have indeed shown signs of recovery in the last few months. Whether or not this trend continues will depend on how lasting the social and economic impacts of the pandemic will be.

However, the focus on birth rates misses the larger point. Rather than worrying about the ups and downs of population numbers, it is time we recognized that low fertility is very likely here to stay. And it is time to come to grips with what needs to be done to prepare our economies and societies for this all but inevitable demographic future.

This is not an easy shift. Common wisdom has it that high birth rates and population growth are desirable for countries, signs of national wealth and power. We are used to thinking in these categories. And it is true that economies may indeed shrink, in absolute terms, when populations become smaller.

But this does not mean that people will become poorer. Per capita prosperity might well go up as workforces get smaller, salaries are likely to rise, and increasing automation lifts productivity. Smaller populations are also good for the planet, as fewer people means less consumption, less pressure on scarce resources and less pollution.

The transition from population growth to population decrease is challenging, as many countries, especially those in Eastern Europe, can testify. Societies are ageing rapidly, there are fewer working-age people to provide for an ever-increasing number of older people, and rural areas face depopulation as people move to bigger cities or abroad to find better opportunities. Social systems are coming under pressure, and it is costly to maintain infrastructure and services in sparsely populated regions.

But these challenges are manageable. Not only that, they open up opportunities for innovation that can catapult countries towards a more prosperous future. Places like Cluj in Romania or Belgrade in Serbia have emerged as major hubs for the tech industry, attracting talent from within the country and from abroad. Across Eastern Europe, migrants have returned home due to the pandemic, bringing with them valuable skills, know-how and networks. Governments are experimenting with ways to harness the key contribution older people can make and to better integrate them into the economy and society. And to open up labour markets and public life more broadly—to women, minorities and other marginalized groups—tapping into hitherto under-utilized resources. There even is talk about immigration – a taboo topic in much of Eastern Europe for a long time. All of this contributes to making countries better able to tackle demographic challenges.

Does this mean birth rates do not matter at all? Not quite. They do matter in that they tell a story of denied reproductive rights. People across Europe generally say they want two children, but many end up having one or none at all. This gap between desired and actual fertility is what governments should focus on – not with the intention to boost population numbers, but to help people realize their reproductive rights so that they can have the number of children they want.

This requires removing the many barriers people face when starting a family: economic uncertainties, high cost of housing, growing infertility, lack of affordable childcare and the expectation for women to compromise on their careers and shoulder the burden of care alone.

Progress on creating more family-friendly societies with more equal opportunities for women and men may well lead to higher birth rates, as people will feel more confident about having a family and the number of children they want. But this is not guaranteed, as the example of falling birth rates in family-friendly Scandinavia shows. Nor should it be what motivates the push towards family-friendly policies. The measures needed to make sure people can have the number of children they want have value in themselves, improving the well-being of people and vastly upgrading the development potential of countries.

At UNFPA, the United Nations Population Fund, we understand the importance of demographic shifts in shaping the future of countries. We support countries in strengthening their demographic resilience and in making the most of the opportunities they have.

The sooner we acknowledge that the solution to Europe’s demographic woes does not lie in increasing birth rates, the sooner we will be able to focus on what really matters in addressing the continent’s perceived population crisis: our ability to build countries where people want to stay, live and have families.