Kazakh athlete Roman Starchenko was named the best hockey player of the past season. The 35-year-old forward in the Kontinental Hockey League for the Barys hockey club from Nur-Sultan and captain of the Kazakhstan national team won by a solid margin. 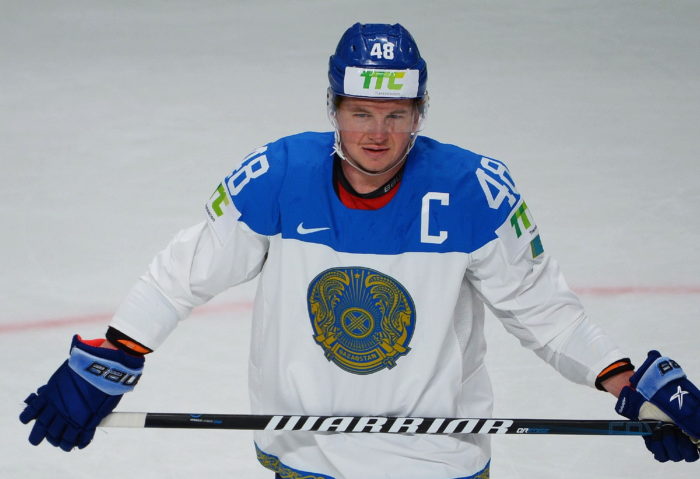 Some 19 hockey’s journalists took part in a special survey of the directorate of the competition “The best hockey player of Kazakhstan” to determine the best player in Kazakhstan, who were asked to name three players who, in their opinion, play most valuable in the past season. For the first place in the questionnaire three points were awarded, for the second – two and for the third – one point.

Starchenko was mentioned by 13 reporters. He got 6 first, 6 second and 1 third place, which brought him a total of 31 victory points. Collected the most points, Starchenko won such a competition for the third time, and in terms of the number of titles he caught up with another legendary Kazakh player – Evgeny Koreshkov.

The past season for Starchenko, who is one of the most experienced players in the KHL, was Starchenko’s 13th season in the league. Thus, he has been playing in the KHL since its inception. In total, for the composition of Barys, STARy (means Old), as fans respectfully call him, highlighting the first four letters of his surname (STAR), thereby emphasizing Roman’s star status, played a record 699 matches.

The goalkeeper of the national team and the Karaganda club Saryarka Nikita Boyarkin, who took the second place in the poll, a pleasant surprise of the World Cup in Riga, got 3 first, 3 second and 8 third places, which in total amounted to 23 points. The third prize-winner of the competition was the winger of Barys and the national team Nikita Mikhailis, who was only one point behind the second position (22 in total), who had 3 first, 4 second and 5 third places. Mikhailis has already been named the best player of the season in 2017.

The top five also includes forward Kirill Panyukov (14 points), who moved from Barys to Kazan Ak Bars in the offseason, as well as Barys captain and one of the most productive KHL defenders Darren Dietz (11 points).