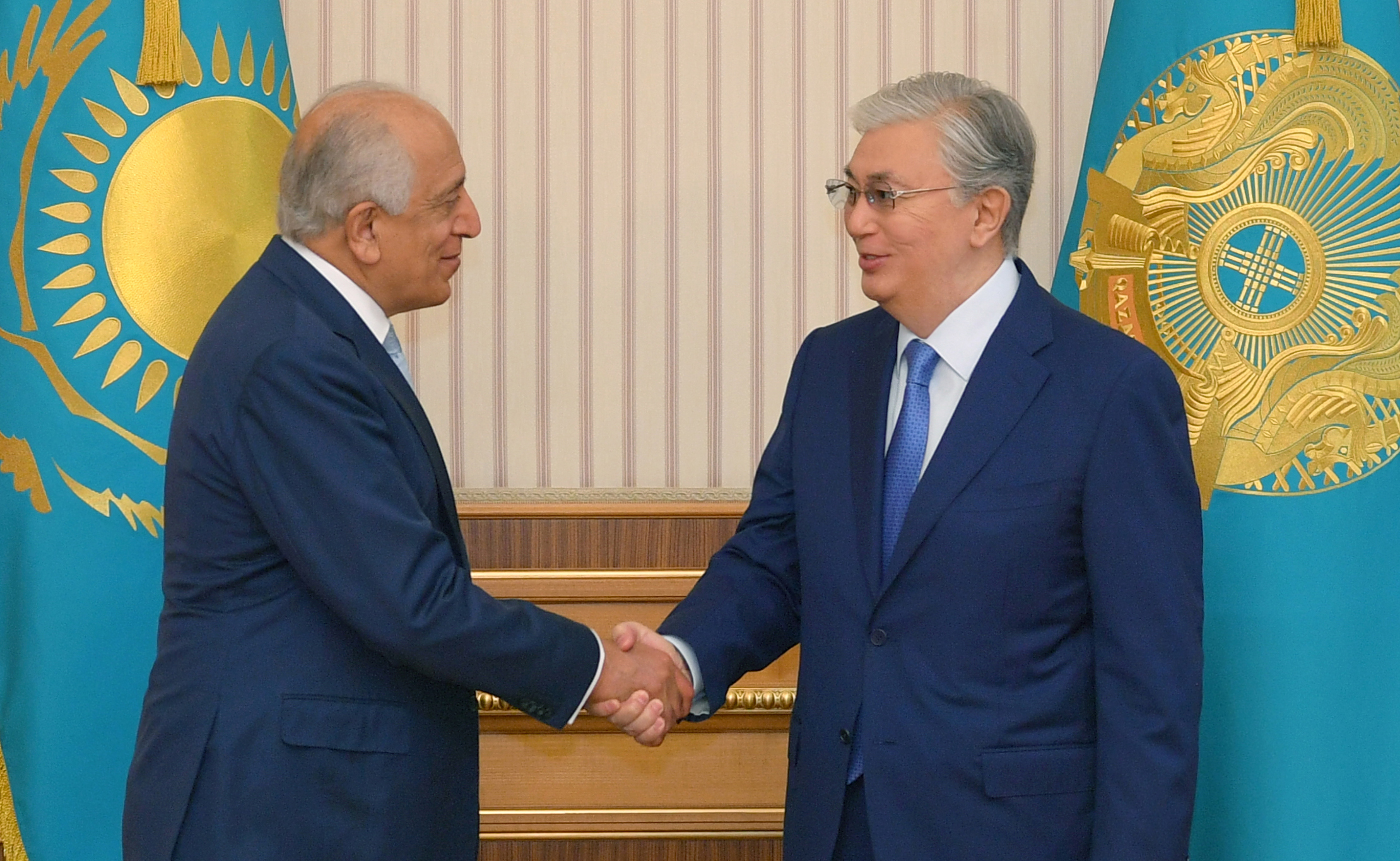 In addition to the withdrawal of the American and NATO troops from Afghanistan, the parties also touched upon the coordination of further bilateral and multilateral efforts for the socio-economic reconstruction and stabilization of Afghanistan.

President Tokayev noted that cooperation in resolving the situation in Afghanistan is an important component of the alliance between Kazakhstan and the U.S. “This year we are celebrating the 30th anniversary of our Independence. During this period, we managed to build a friendly relationship and mutually beneficial cooperation. The U.S. is a reliable partner for Kazakhstan. We actively collaborate in various fields, including trade and economics,” said Tokayev.

Tokayev emphasized the momentousness of the situation in Afghanistan for the Central Asian region and its neighbors, including Russia and China. Khalilzad also commended Kazakhstan’s commitment to international efforts aimed at restoring stability in Afghanistan and noted the significance of Kazakhstan’s contribution to upholding stability in the Central Asian region as well.

The same day, the U.S. Special Representative met with Deputy Prime Minister – Minister of Foreign Affairs Mukhtar Tileuberdi. Tileuberdi confirmed Kazakhstan’s resolve to participate in the Afghan peace process and the coordination of efforts of all interested parties.

“Kazakhstan will continue to make efforts to assist in the development of Afghanistan, including within the framework of the C5+1 format, which has already become a key mechanism for cooperation between Central Asia and the U.S.,” said Tileuberdi.

The C5+1 is a cooperation framework between Kazakhstan, Kyrgyzstan, Tajikistan, Turkmenistan, Uzbekistan and the U.S that was established in 2015. Its aim is to improve U.S.-Central Asian relations and address joint projects that require interregional cooperation.

The latest meeting of the C5+1 partners was held virtually with the U.S. Secretary of State Antony Blinken and the Ministers of Foreign Affairs of Central Asian states on May 4. During the meeting, the parties reaffirmed their commitment to security cooperation and programs that promote human rights and regional stability. In particular, the issues of drug and human trafficking and women’s rights were discussed. Another meeting is expected to be held by the end of the year.

In 2019, Kazakhstan, the European Union (EU) and the United Nations Development Programme (UNDP) launched the €2 million project supporting 50 Afghan women in education. Within the framework of the project, 40 Afghan women began receiving higher education in Kazakh universities with the first 20 women expected to graduate this summer.