NUR-SULTAN – Kazakh President Kassym-Jomart Tokayev addressed the closing session of the 74th World Health Assembly that ran from May 24 to June 1 and gathered delegations from all 194 WHO member states. 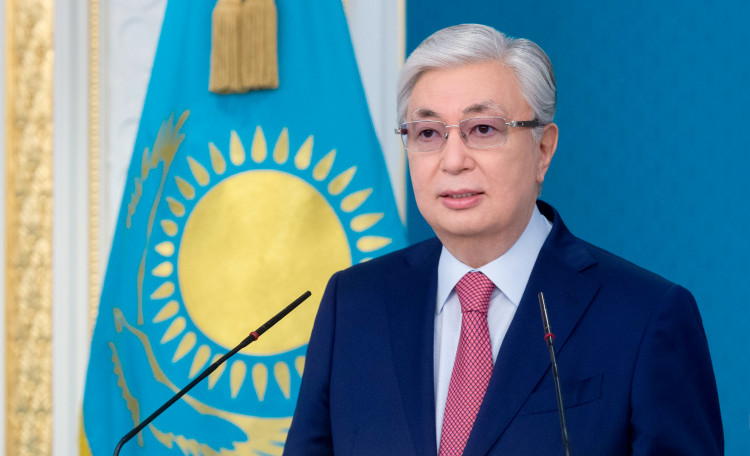 The theme of this year’s World Health Assembly was ending this pandemic and preventing the next – building together a healthier, safer, and fairer world. The meeting takes place at a “critical juncture,” said Tokayev in a video address, noting that “for one and a half year, the whole world has been struggling with the spread of COVID-19.”

“Throughout the global crisis, the World Health Organization has been actively engaging with the member states. With its knowledge, passion, and expertise, the organization has led both developing and developed countries in the fight against the virus. It has brought together scientists and practitioners to produce scientific discoveries and urgently mobilized resources for those in need,” said Tokayev.

He said that the assembly provides a great chance to chart our future course based on solidarity and collective responsibility.

He also stressed the importance of learning the “hard lessons of the past and present” and stressed his full support to proposals voiced by Director-General Dr. Tedros Adhanom Ghebreyesus aimed at reforming the WHO and making it a stronger, more effective, and financially independent international organization.

Speaking about primary health care, he said that inequity in access is still a problem. He noted the significance of the 1978 Almaty Declaration, a major milestone of the twentieth century in public health, and its successor – the 2018 Astana Declaration on Primary Health Care.

Tokayev noted that the pandemic revealed the need for a stronger primary healthcare system.

“Together with the WHO, we intend to strengthen its regional office on primary health care in Almaty so it can serve all countries of Central Asia and beyond,” he added.

In his final remarks, President Tokayev reaffirmed Kazakhstan’s commitment to the goals and principles of WHO.

Over the course of the event, the meeting participants adopted more than 30 resolutions, and decisions in different areas of public health, including on diabetes, disabilities, ending violence against children, HIV, hepatitis and sexually transmitted infections, local production of medicines, noncommunicable diseases, social determinants of health and strategic directions for the health and care workforce, among many other measures.

The pandemic does not seem to be becoming any less dangerous, the danger is still there, said Director-General Dr. Tedros Adhanom Ghebreyesus.

“We’re very encouraged that cases and deaths are continuing to decline globally, but it would be a monumental error for any country to think that the danger has passed. The tailored and consistent use of public health measures, in combination with equitable vaccination, remains the way out,” he said.

He urged all member states to commit to the target he announced on Monday – vaccination of at least 10 percent of the population by the end of September, and at least 30 percent by the end of the year.

“One day – hopefully soon – the pandemic will be behind us, but the psychological scars will remain for those who have lost loved ones, health workers who have been stretched beyond breaking point, and the millions of people of all ages confronted with months of loneliness and isolation,” said the WHO Director-General.